As part of Family Research Council's growing engagement on international religious freedom, each month we are taking a focused look at one particular country, bearing witness to the abuses our Christian sisters and brothers are enduring. While we pray for our own country, we also pray for countries where religious freedom does not exist and persecution against believers continues unabated.

In October, our international religious freedom focus is on Northeast Syria.

Elizabeth Kourie is a brave and determined woman who represents Syriac Christians and other communities in Northeast Syria. This region is known as Rojava or, more officially, the Autonomous Administration of North and East Syria (AANES). Kourie's native tongue is Aramaic--the language of Jesus. She makes heroic efforts to support and provide for the needs of Christian, Yazidi, and Kurdish minorities living in this autonomous zone. 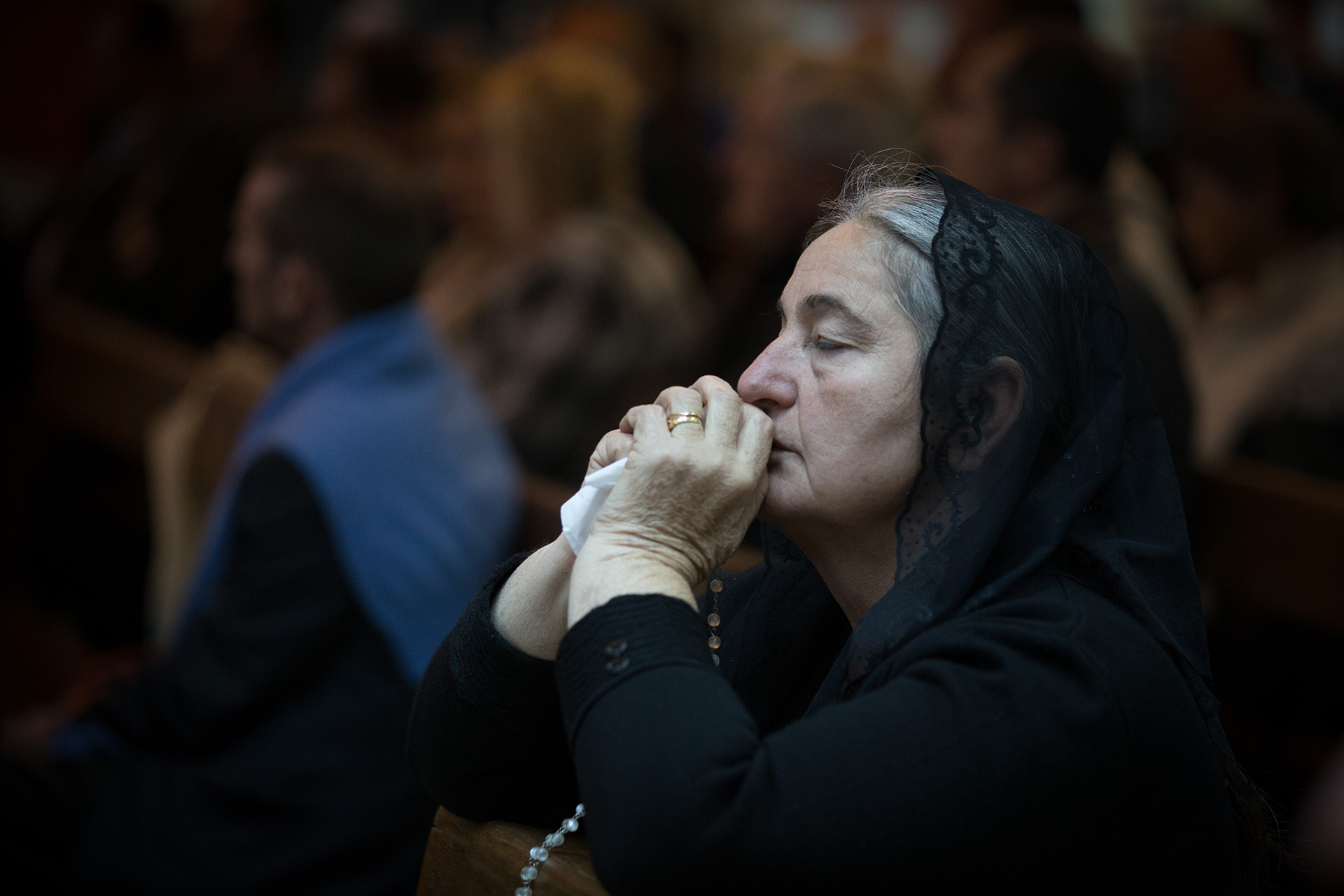 Kourie's efforts have taken place during an agonizing Syrian civil war, which has cost some 500,000 lives over the course of nine years. This conflict has continued due to Bashar al-Assad's brutal dictatorship and the emergence of countless terrorist groups - including ISIS - and power moves by Russia, Iran, Turkey, and other competing nations.

However, against all odds, the region Kourie represents in Northeast Syria continues to offer a thriving democracy, religious freedom, and women's rights - elements of the emerging government that we highlighted at an event over a year ago from today. Rojava/AANES has, of course, suffered along with the rest of Syria amidst the turmoil of the war. Most often, this suffering is the result of relentless attacks by neighboring Turkey, led by its aggressive Islamist president, Tayyip Erdogan. Kourie described to us her experience during one such assault:

"One of the first bombs that came from Turkey struck a Syriac Christian house in Qamishli, severely injuring parents and their children. Our people were very much afraid. We knew that Turkey was coming with its Sunni jihadist mercenaries. We faced them a year ago in Afrin. We faced them in the history of the Ottoman Empire. We have had experience with Turkey with a couple of genocides, the largest being 1915. We know that if Turkey is coming, it's coming with jihadists. And we know that we Christians will be targeted more than anyone else."

As a result of Erdogan's repeated assaults, thousands of Christians in Northeast Syria have had to run for their lives. This situation was aggravated by the withdrawal of U.S. military troops in late 2019.

During the Turkish incursion last Fall, few remained to assist the people of Northeast Syria. Free Burma Rangers stands apart as a Christian organization that provided humanitarian aid on the frontlines of the conflict. Yet, there are also steps the U.S. government can take to alleviate the suffering.

More recently, the United States Commission on International Religious Freedom (USCIRF) has urged the U.S. to elevate its engagement with Rojava/AANES, recognizing it as a legitimate local government and lifting sanctions from all areas it governs. In order to give the religious freedom found in Northeast Syria a chance to flourish, the U.S. government should exempt the AANES regional government from broader sanctions that have been placed on Assad's regime in Syria.

USCIRF also states "the U.S. should pressure Turkey to provide a timeline for its withdrawal from Syria, particularly given the disastrous consequences that its presence in northeastern Syria could precipitate: the tragic disappearance--and feared religious and ethnic cleansing, if not worse--of Yazidis, Christians and other marginalized communities."

We stand with our Christian brothers and sisters in Syria, particularly in the uniquely democratic Rojava/AANES region. Let's remember to pray for them and ask for special blessings for faithful believers like Elisabeth Kourie and many others who work tirelessly to bring about a safe and just future for Northeast Syriac Christians.

Religious liberty is the freedom to hold beliefs of one’s choice and to live according to those beliefs. While it was foundational to the formation of the United States of America, religious freedom is not merely an American right, but an inherent human right.

Yet the human race currently faces unprecedented religious persecution from governmental and social forces worldwide. In 2016, one or more religious groups were harassed in 187 countries around the world.

Over the last decade, Christians have been harassed in more countries, including the United States, than any other religious group. We do indeed face a worldwide crisis of religious liberty.

We must increase awareness of the expanding threat to religious freedom around the world and the persecution that many Christians are facing. As we grow awareness of this problem we must also increase engagement that will bring tangible hope and help to the persecuted.