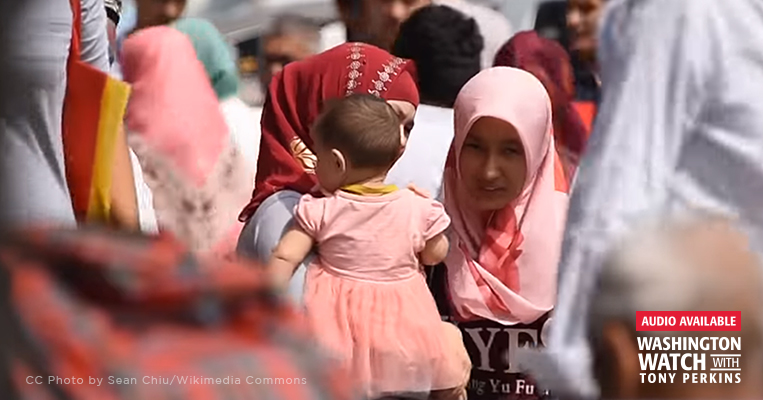 "I had to be strong. Every day when I woke up, I thanked God that I was still alive." --Sayragul Sauytbay, Uyghur

There are harrowing stories -- and then there are the stories that seep deep into our bones. Sayragul Sauytbay's is the kind you don't forget. Her survival in China's concentration camps isn't just a miracle -- it's a warning that true darkness has settled over parts of the East. The most excruciating forms of torture are happening behind barbed wire walls that Beijing has tried hiding. And for the million people trapped inside, the only hope they have to escape their tormentors is international attention and pressure.

Kidnapped by state officials in the middle of the night, Sayragul remembers the terror of being taken -- her head covered in a black sack. Told she was being taken to a camp to "teach Chinese," she didn't know where she was -- only that she'd stepped into a living nightmare. Forbidden to cry or speak, she changed into prison clothes and watched her hair fall when her head was shaved. Cramped into a room with 20 others, she found out that her feet would be shackled from then on -- even in sleep. The punishment for even the smallest things, she says, was constant.

"Torture -- metal nails, fingernails pulled out, electric shocks..." David Stavrou, who tells her story, writes that the camp's commanders set aside a room to inflict the worst kind of pain imaginable. The inmates called it the "black room," because they were forbidden from mentioning it. "There were all kinds of tortures there. Some prisoners were hung on the wall and beaten with electrified truncheons. There were prisoners who were made to sit on a chair of nails. I saw people return from that room covered in blood. Some came back without fingernails." Every prisoner was forced to take pills and get injections -- treatments they didn't realize were slowly sterilizing them. Others were the subject of gory human experiments.

Every evening was devoted to the listing of sins, which the prison guards defined as everything from not learning Chinese properly to sleeping on the wrong side to refusing to sing propaganda songs. Stavrou pauses, watching the tears well up in Sayragul's eyes. They're in Sweden, where Sayragul was finally granted asylum after her escape. She starts to talk about the young girls, her voice breaking. The policemen, she explains, would take the pretty ones away with them, raping them until they couldn't sit down.

"One day, the police told us they were going to check to see whether our reeducation was succeeding, whether we were developing properly. They took 200 inmates outside, men and women, and told one of the women to confess her sins. She stood before us and declared that she had been a bad person, but now that she had learned Chinese she had become a better person. When she was done speaking, the policemen ordered her to disrobe and raped her one after the other, in front of everyone. While they were raping her, they checked to see how we were reacting. People who turned their head or closed their eyes, and those who looked angry or shocked, were taken away -- we never saw them again. It was awful. I will never forget the feeling of helplessness, of not being able to help her."

Sayragul didn't sleep much after that. Even now, she closes her eyes and sees their faces. "I will never forget the camp. I cannot forget [them]. They are innocent. I have to tell their story, to tell about the darkness they are in, about their suffering."

Adrian Zenz is one of the few people who was determined to prove that this was happening. Working alone at a cramped desk, he has spent years combing through the data on the internet, trying to prove to the West that these camps exist. His research, a slow and tedious process, led him to a trail of bidding papers, budget plans, and satellite images that show the quiet construction of these torture chambers -- holding as many as a million and a half people just like Sayragul. "I feel very clearly led by God to do this... I'm not afraid to say that," Adrian insists.

Thursday, on "Washington Watch," he explained how his work forced the Chinese to admit the camps exist. "I had felt leading from God to just keep doing that data search... Nobody else was interested. Nobody was publishing it. I never had a media request over it. I was just quietly slaving away -- and it was a huge amount of work... And then came the time when I clearly felt, 'I'm supposed to do this.' I felt God saying to me, 'You should stick out your head.'"

He did, going public with thousands of pages of documents. Suddenly, the Chinese went into propaganda mode, "inviting the media and diplomats and visitors from overseas to visit these camps... We can see on satellite how they have taken away some of the watch towers. They have removed some of the barbed wire, some of the high walls and the cameras inside the classrooms, and they make people smile and dance." But the smiles are hollow -- like their hope that help will come.

If they've lost faith, it's because some Americans haven't given them any. The NBA, Apple, Google, Hollywood, and countless others seem willing to do anything to protect their interests in China -- even if it means condoning a regime of unspeakable horrors. But make no mistake: every pair of shoes they sell, every iPhone, every Hollywood movie script written to gain approval of the communists' censors is facilitating the real-life horror that is playing right now in China. Until these companies find their voice, a million Sayraguls waste away -- casualties of cowardice we should all be ashamed of. 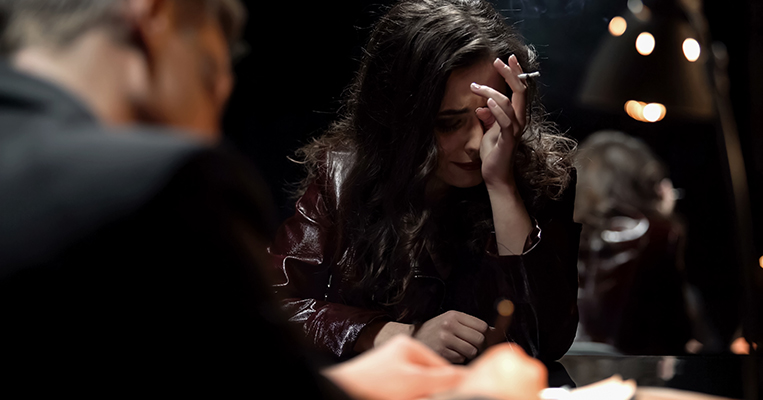 Stopping Traffic in D.C.
NEXT 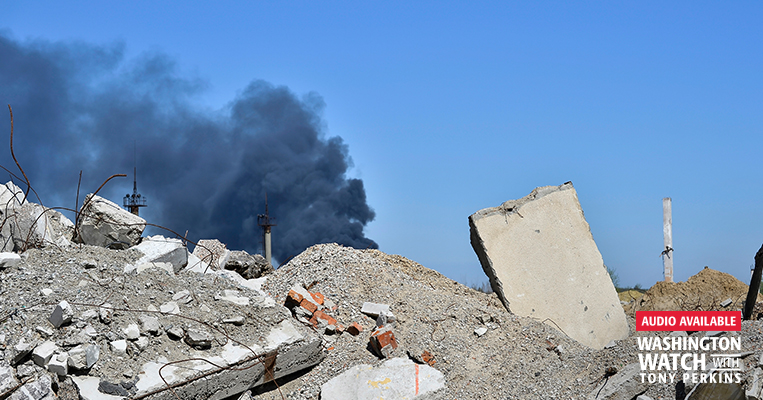 Despite Cease-Fire, Calls for More Pressure on Turkey