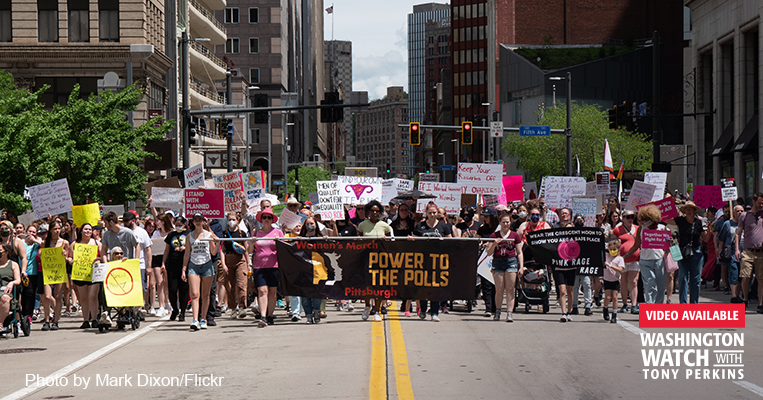 Missing the days of 2020, when angry mobs were fixtures on America's streets? If you're nostalgic for the arson, destruction, and looting, abortion activists are promising more of it. Back by unpopular demand, the Left's riots are set to return once the final Supreme Court ruling on Roe is handed down. "This will be a Summer of Rage across America," the Women's March vowed after last weekend's protests. "We will be ungovernable," the radicals threatened, until the violence they bring to our cities can be replicated in every mother's womb.

Back at the Supreme Court justices' houses, the five conservatives (and Roberts) are getting a preview of what's to come, as crowds of abortion extremists stake out their neighborhoods with bullhorns and signs. Things have gotten so out of hand that Joe Biden's indifferent Justice Department (probably noting the public's overwhelming disgust) met with the FBI, court security officials, and the U.S. marshals to talk about the rise of threats. In a rare rebuke of the Left, U.S. Attorney General Merrick Garland even managed to call the rise of violence "unacceptable and dangerous."

Whether that will actually deter the organizers, FRC's Katherine Beck Johnson isn't holding her breath. "I think it's very clear that President Biden and his administration are very interested in pandering to the far-Left, to the extreme woke. And that base demands abortion on demand without apology by any means necessary. [They] very clearly [don't] have respect for norms, even for the law at times... And I think that they just view this protest, this interference with the justices' lives, this intimidation tactic, as another way to get the result that they want."

Meanwhile, the Department of Homeland Security, who -- like everyone else -- knows the damage the mobs are capable of, is bracing for the worst. In an internal memo, officials warn about a surge in violence but pledge not to interfere with Americans' right to peacefully protest. It's the "peacefully" that most people doubt the Left will live up to. "Nobody is telling these pro-abortion activists that they can't be on public land with their signs peacefully assembling and protesting. They have every right to do that... [But] the federal law states that once they cross that line, once they have the intent of interfering with, obstructing, or impeding the administration of justice [or] influencing any judge in the discharge of his duty, you cannot picket near a judge's residence. That's very clearly established."

As Axios put it, "The Roe decision is flypaper for extremists." And anyone watching Wednesday's House hearing on abortion access after Roe realized that with horrifying clarity. The who's who of the Left, who were called as Democrats' witnesses, made statements that even Republicans members couldn't believe. At one point, Rep. Dan Bishop (R-N.C.) turned to Aimee Arrambide, the executive director of the abortion group Avow Texas, and asked her to define a woman. "I believe everyone can identify for themselves," she said. After a pause, Bishop followed up with, "Um, then, do you believe men can become pregnant and have abortions?" "Yes," she replied simply.

When the same question was put before Dr. Yashica Robinson, another Democratic witness, Bishop said, "You say that you're a woman. Can you tell me otherwise what a woman is?" "Yes," Robinson repeated, "I'm telling you, I'm a woman." Bishop stopped. "Is that as comprehensive a definition as you can give me?" he asked. Robinson fired back that it was time to focus on "what we're here for, and it's to talk about access to abortion." Interesting, conservatives like Nate Hochman observed. The Left has suddenly rediscovered "women's rights," but only when it's convenient. "So you're not interested in answering the question that I asked unless it's part of a message you want to deliver," Bishop pointed out and moved on.

In a moment that caught even House Republicans by surprise, Rep. Mike Johnson (R-La.) turned to Arrambide and reminded viewers that she supported abortion at any moment for any reason. But, he went on, if it's not okay to take the life of a 10-year-old child or a two-year-old child, "that would be murder -- then what is the principle distinction between the human being that is two years old or nine months old or one week old or an hour old -- than one that is eight inches farther up the birth canal?" A full five seconds passed before Arrambide broke the silence to answer. "I trust people to determine what do with their own bodies," she said finally. "Wow," Johnson shook his head.

House Democrats also stepped in it with conservative witness Catherine Glenn Foster, CEO of Americans United for Life. Congressman Jamie Raskin (D-Md.) had egg on his face after demanding to know why Foster would support a nationwide ban on abortion "with no exceptions for rape or incest." "And if I've got that wrong, I invite Miss Foster to correct me. Do I have it wrong, yes or no?" Foster pulled the microphone closer. "If we added rape and incest exceptions, would you vote for it?" she asked. Raskin, visibly trapped, started waving his hands in dismissal, barking, "I reclaim my time."

Hearing enough, Rep. Chip Roy (R-Texas) finally said, "You don't want to talk about the reality of what actually transpired." In the end, it summed up the Democratic Party's entire abortion dodge. They don't want to talk about what actually transpires -- the barbarism, the victims, the suffering. They want to stick to pleasant euphemisms like "rights" and "privacy," while tiny babies are killed in the savagery our president calls "choice."

That inhumanity didn't start with Roe. But excusing it did. "When one of our constitutional decisions goes astray," Justice Samuel Alito wrote in his draft opinion, "the country is usually stuck with the bad decision unless we correct our own mistake." May the court find the courage to finish that job -- for the nation's sake and ours. 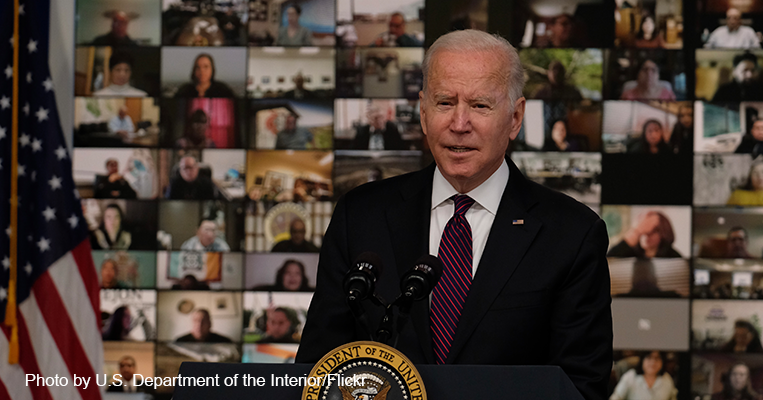 Dems Diss Information for Exposing Ministry of Truth
NEXT 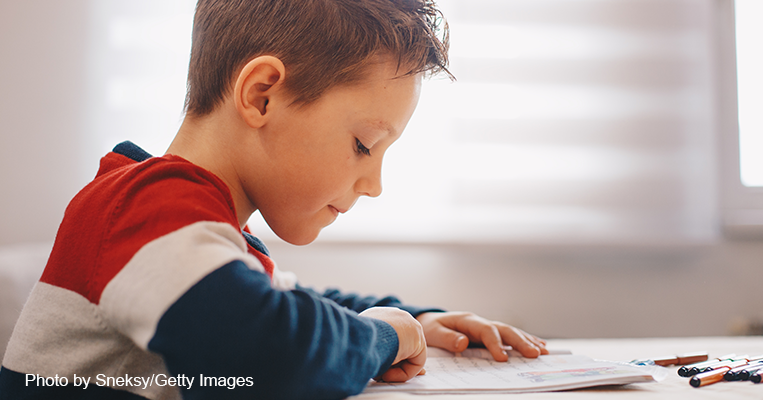