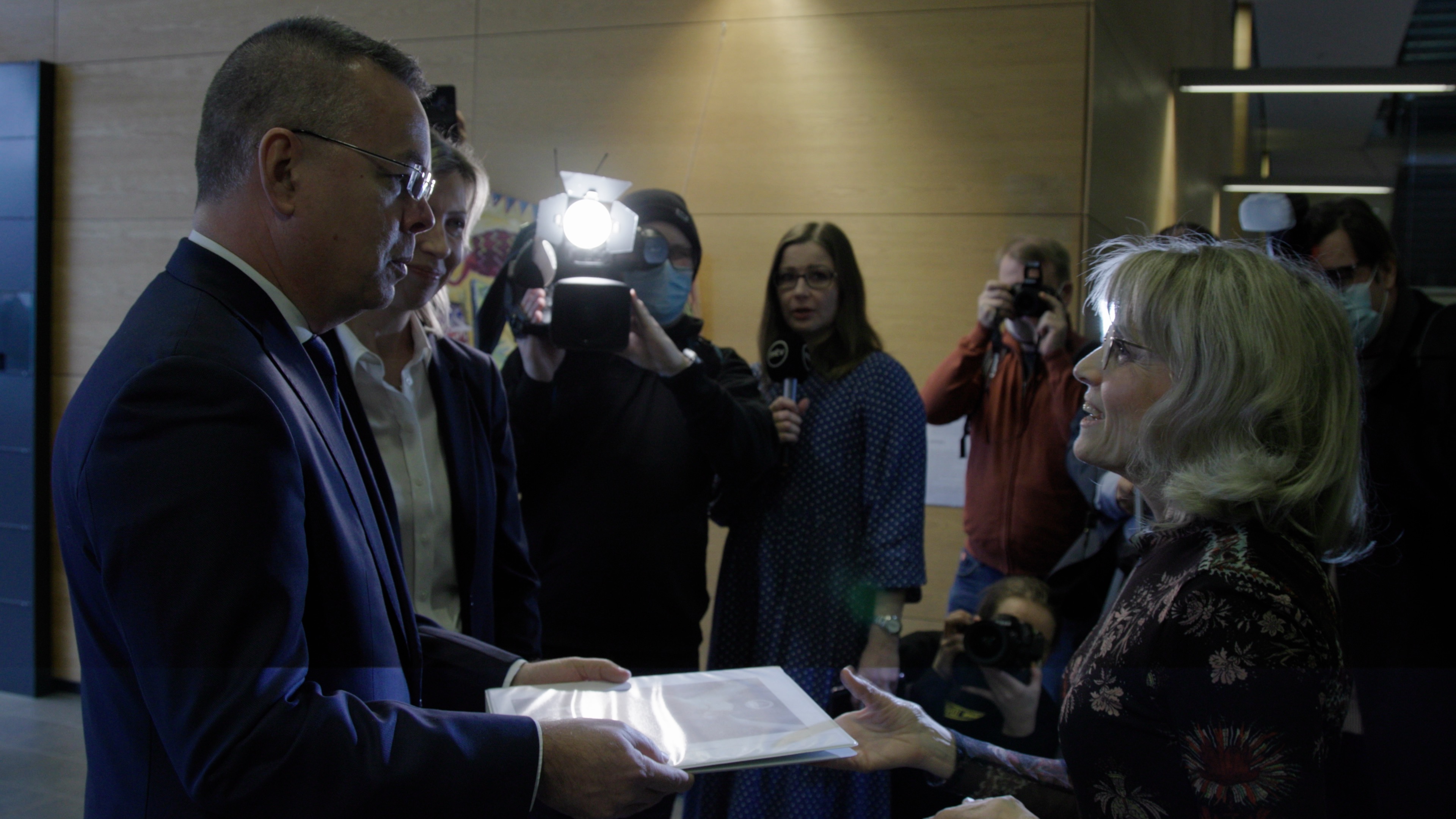 Thank you for pledging to pray for Päivi Räsänen.

FRC's Special Advisor for Religious Freedom, Pastor Andrew Brunson -- who we prayed for when he was on trial in Turkey -- personally delivered a prayer pledge with over 14,300 names to Päivi before her final trial on Monday, February 14.

In a case that has stunned the West, Finnish member of parliament, Päivi Räsänen, is facing trial for three counts of "ethnic agitation" -- a hate speech provision in Finland's criminal code -- simply for expressing widely held biblical beliefs.

It all began when Päivi published a tweet in June 2019 that included an image of Romans 1:24-27 and questioned the decision of the Evangelical Lutheran Church of Finland (her own denomination) to partner with Helsinki's gay pride parade. Päivi thought nothing of it and moved on -- but the tweet launched three police investigations since 2019, and she was ultimately charged in April 2021.

In addition to her 2019 tweet, Päivi is also being charged over comments she made on radio in 2019 about homosexuality and over a 2004 booklet articulating her church's teaching on sexuality titled, "Male and Female He Created Them: Homosexual Relations Challenge the Christian Concept of Humanity." (Lutheran Bishop Juhana Pohjola, who published the booklet, is himself being charged with one count of ethnic agitation.)

On "Washington Watch," Paul Coleman, Päivi's lawyer from Alliance Defending Freedom International, explained the process: "[Päivi] was invited to the police station. She was interrogated, asked about her Christian beliefs, asked about what the Bible taught, about what she meant by this tweet, and then in the process of this investigation, they started digging up many other things that she had said and written over the years. They went back almost two decades. They found a pamphlet that she wrote for her church in 2004. They extracted three minutes of a radio debate, took it out of context and used that. And they compiled all of these things together and then charged her with hate speech."

For these acts, Päivi, a soft-spoken 62-year-old grandmother and trained medical doctor, could end up spending two years in jail.

As we await a final decision in her case, Päivi continues to need our prayer support!