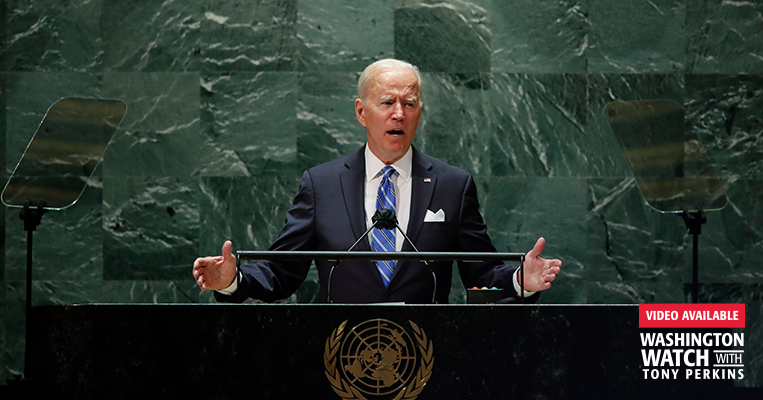 In the wake of multiple international crises of his own making, President Biden arrived on the scenes at the United Nations General Assembly this week to deliver his first address as president. Senator Tom Cotton (R-Ark.) on "Washington Watch" described Biden's speech as "walking into the United Nations and slapping a giant kick me sign on Uncle Sam's back." That's not exactly the image that the leader of the free world wants to convey.

Perhaps most glaringly, Biden neglected to robustly address the recent disaster he unleashed in Afghanistan -- a debacle that affects many of our allies, including NATO members. He did, however, talk about a U.N. Security Council resolution "laying out the expectations to which we will hold the Taliban when it comes to respecting universal human rights." Unfortunately, U.N. statements don't mean much to the Afghan girls now prevented from going to school or the Christians in hiding for their lives.

Instead of Afghanistan -- a global crisis for which he bears responsibility -- Biden opted instead to focus on global climate change and the COVID-19 pandemic.

Meanwhile, he failed to even say the word "China" while promising that America is "not seeking a new Cold War." America might not be seeking a cold war, but Cotton points out that we may not have a choice.

"Xi Jinping and communist leaders in Beijing are laughing at Joe Biden and America now because they have in fact been waging a Cold War on America and America's interest and principles for years," Cotton said.

Neglecting to mention China is no small omission. China is not just an economic competitor; its leaders are also hostile to democracy and many of the values that Americans hold dear. The Chinese Communist Party's successful squelching of democracy in Hong Kong and growing threats against Taiwan prove this.

Though Biden says he cares about democratic values, these threats to democracy were ignored throughout his speech. Cotton said Biden is returning America to the "days when America's leaders stuck their heads in the sands. They didn't confront China and didn't stand up for America's interest." This is not only unfortunate for America, but for the entire free world.

Though Biden made several mentions of human rights, he made no mention of religious freedom, even as this basic right is under increasing attack all around the world. One need look no further than Biden's State Department's annual report to see that. Furthermore, no concrete policies or initiatives to advance human rights were laid out.

Biden's focus on climate change is especially interesting given that the world's top polluter is not the United States, but China. Former Secretary of State Mike Pompeo noted that President Biden wants to "subordinate many of America's most pressing challenges to climate change, putting American security at risk and threatening to devastate our economy while imposing no costs on our adversaries, in particular China, whose leaders care little about the climate pandering of internationalist elites."

During his presidential campaign, Biden positioned himself as having extensive foreign policy experience, as someone our European allies would prefer to work with. But the French certainly don't seem to be enjoying Biden's handling of international relations.

In an unprecedented move last week, France recalled its ambassador to the United States. French Foreign Minister Jean-Yves Le Drian said the United States' deal to build submarines for Australia undermined an already existing deal that Australia had with the French government and was "unacceptable behavior between allies and partners."

It's a shocking step for America's oldest ally. One that occurred because "the Biden administration didn't undertake the most basic aspect of diplomatic outreach when we struck a new deal with the Australians to provide them nuclear powered submarines," according to Cotton. Less than one year into Biden's presidency, his list of foreign policy failures is growing quickly. 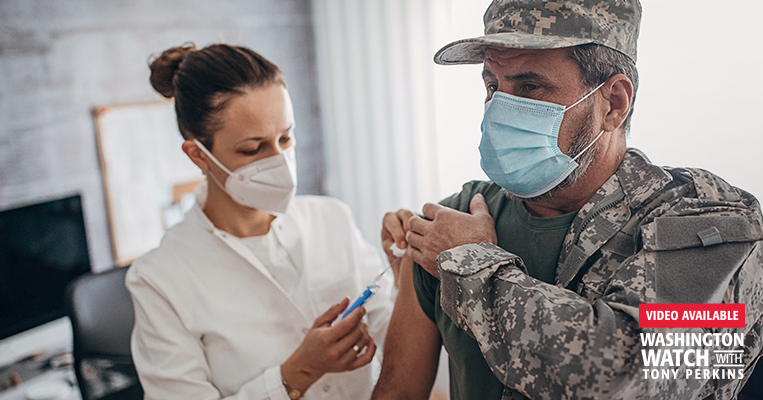 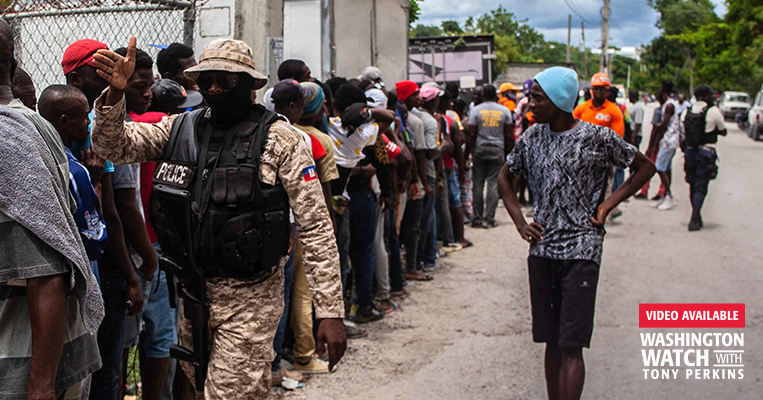