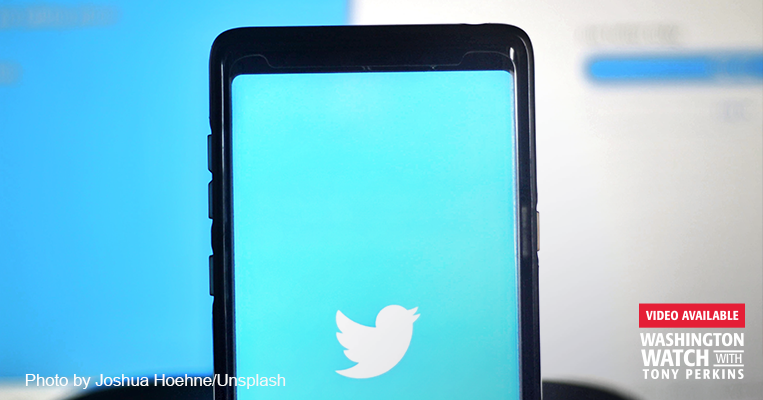 While the Kremlin tweets freely about invading Ukraine, Congresswoman Vicky Hartzler (R-Mo.) got suspended for Twitter for saying something Twitter thinks is much worse. Before I quote her, I just want to forewarn readers everywhere that her comment may incite you to radical acts of fairness and excessive levels of agreement. Here's what she said in the offending tweet: "Women's sports are for women, not men pretending to be women." So much worse than invading a sovereign nation, right?

Twitter seems to think so. Their notice told Hartzler her post violated their "rules against hateful conduct," which states, "you may not promote violence against, threaten, or harass other people on the basis of race, ethnicity, national origin, sexual orientation, gender, gender identity, religious affiliation, age, disability, or serious disease." Apparently, they believe this "hateful conduct" applies more to Hartzler's tweet than to Vladimir Putin's full-scale war against Ukrainians because of their national origin. Apparently, they are blind to their own harassment of Hartzler because of her religious beliefs. Apparently, their own policy is allowed to distinguish between "gender" (meaning biological sex) and "gender identity" but Hartzler is not.

If Twitter expected to quickly bully Hartzler into deleting the tweet, they severely miscalculated. "They can just have their account back," Hartzler said. But instead of conducting a sham "review" to save face and then reinstating the inoffensive tweet, Twitter doubled down, insisting that Hartzler's account would have to delete the tweet and then face a 12-hour read-only penalty. "I'm not going to let the social media liberal woke group determine what is free speech in this country, what information can get out and what needs to be censored," responded Hartzler on Washington Watch. "They should not be the arbiter of truth."

"As a former track coach and an athlete," Hartzler understands what's at stake and why big tech wants to silence her; she is "speaking up for girls' athletics." In a campaign advertisement in February (Hartzler is running for an open senate seat), she drew attention to the unfair physical advantages biological males have in sports. A February 14 tweet linked the video with the very phrase that got her account suspended two weeks later. Specifically, Hartzler called out UPenn swimmer Will Thomas, now competing on the women's swim team as "Lia." Except that it's not a competition; Thomas is absolutely dominating all the women at every single meet because (you aren't allowed to say it aloud) he's actually a man. Hartzler said so, and that got her banned. "Twitter considers this hate speech," she responded. "It's just common sense."

The biggest problem with Twitter's censorship is that, while pretending to enforce non-controversial anti-discrimination provisions against a few fringe extremists, they are actually taking sides in very current political debates. Just yesterday, Iowa Governor Kim Reynolds, selected to deliver the Republican response to President Biden's State of the Union address, signed into law legislation to protect women from being forced to compete against biological males. "Congress passed Title IX to ensure that females had equal opportunities in sports," Hartzler explained. Now, in the name of expanding Title IX, the Left is erasing those hard-won protections. Anyone who calls them out is quickly silenced.

The real perpetrators of violence are those permanently mutilating healthy young bodies because of a faddish ideology, and those mangling the Constitution's guarantee of free speech. No wonder Russia gets a free pass since they don't actually care about suppressing violence or "hateful conduct." Hartzler warned, "if you hold conservative, Christian views on anything... then you're silenced." While we still have freedom, we must take a stand. 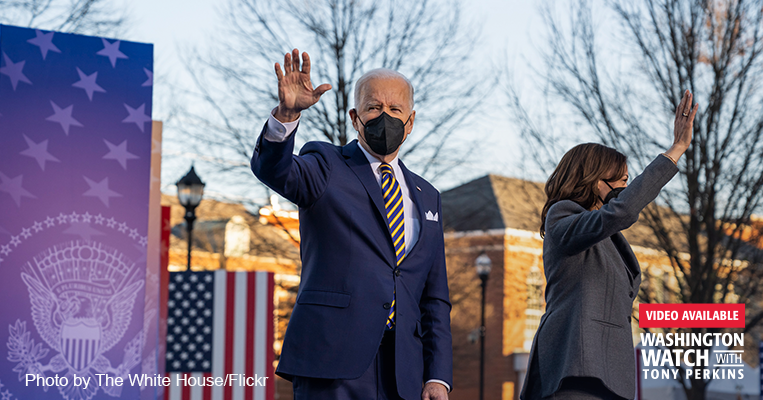 Obsession Is Nine-Tenths of Biden's Law
NEXT 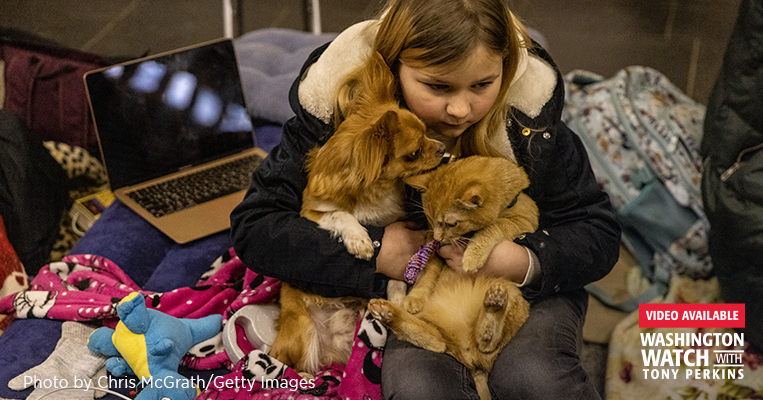 Rubio: 'It Looks Like His Plan Is a Medieval-Type Siege'