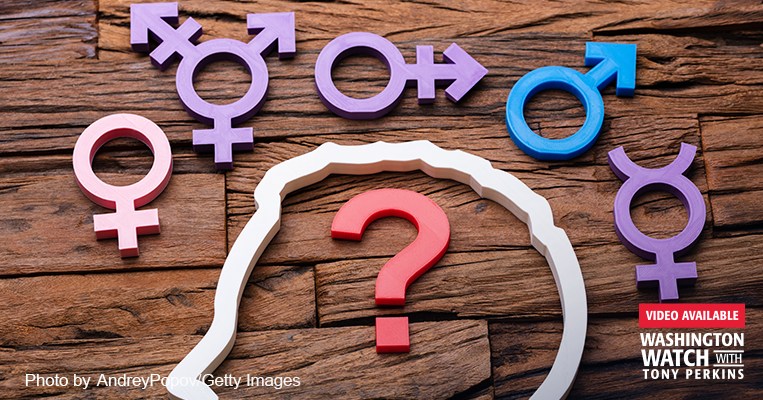 In a final rule released Thursday, the Centers for Medicare and Medicaid Services (CMS) surprisingly omitted a proposed change to bundle so-called "gender transition" procedures into private insurance plans. Dr. Jennifer Bauwens believes comments submitted by Family Research Council, other policy organizations, and thousands of individual citizens are the reason. "By backing off this rule, they don't have to respond to our comments," explained Bauwens, Director of FRC's Center for Family Studies, who drafted FRC's comment. "The science behind this ideology is really flimsy." Federal agencies are legally obligated to answer every comment submitted to a proposed rule." FRC President Tony Perkins agreed they "avoided responding because... a scientific debate... [would] expose what's behind the curtain."

Behind the curtain is a "social constructivist point of view," explained Bauwens, which denies absolute truth. The error is ancient. Post-modernists may gild it in academic jargon, or popularize it with expressions like, "you do you" or "my truth is...," but it finds common cause with Pilate ("what is truth"), who "hears the truth about Jesus" through his wife's dream, but "listens to the crowd" instead and orders his execution.

All people living in rebellion against God have "exchanged the truth about God for a lie" (Romans 1:25), extending even to meaning and purpose of sex and identity. "The truth of God's Word is that God has made us either a man or a woman, male or female. He's done so for his glory," said Dr. Owen Strachan, Senior Fellow with FRC's Center for Biblical Worldview. "What we call gender dysphoria really begins in sin. We don't talk about it that way today. We don't trace it back to a moral cause. But honestly, this has been a problem since the fall of Adam and Eve."

A worldview as fictional as the transgender ideology cannot coexist peacefully with any truth because that would expose its foundation of lies. In government, transgender ideologues are "not going to stop," warned Bauwens. In the culture, they're already winning the battle for children -- even children of Christian parents. "I've heard from many, many parents," said Perkins, whose "children have been inundated with this." Families and churches urgently need to help children misled by the culture's lies.

"We don't help them," said Bauwens, "by playing along with their concocted reality." We ought to affirm their feelings are real without affirming that their feelings are right. Perkins agreed, "if someone says I feel like Batman... or I'm Superman. I can leap tall buildings, and I can run faster [than a speeding bullet], that's fine. You might feel that way, but don't try it." "The only way to truly help people who are experiencing what we call gender dysphoria is to go back to the scripture," said Strachan.

That's why "the first duty we have as a father or mother is to teach our kids the scripture," Strachan said. "If we tie them to the mast of God's Word, we give them a solid foundation." "Scripture is really a vaccination of the soul," agreed Perkins. "It may not be in vogue today, but... it's going to stand for all eternity. And if you stand on it, you'll never, ever be disappointed."

If our children are believers, they "are going to feel the wind in their face at some point," added Strachan. "It's not a positive world for Christianity. But we have God, and one man with God is a man in the majority." Their faith will be tested and tried, and they will need to hold fast to Christ "as a sure and steadfast anchor of the soul" (Hebrews 6:19).

What about parents whose children aren't believers? I can't save my precious three children at home in Arkansas," Strachan said. "But what I can do is lovingly try to teach [them] the truth of God." "Tie them to the mast and save them from the siren song," Perkins summarized. Teach them that "God loved us unconditionally -- that's why he sent Jesus -- but he didn't affirm us in our sin." Christ called sinners to repentance (Luke 5:32).

What about children caught up in the lies of the transgender ideology? "You keep sailing through the storm.... You don't affirm their sin, but you love them," said Strachan. "The culture's understanding of love is affirmation," but "the Bible's understanding of love for sinners like us is repentance.... We do continue to hug our kids and try to have conversations with them and take them to ice cream," Strachan added, but "we cannot affirm them in their sin. That's not loving. That's fundamentally hating them and setting them up for eternal destruction."

To escape eternal destruction, every man, woman, and child must repent of their sins and trust in the righteousness of Jesus Christ alone for salvation. That good news is offered to all, even those led astray by gender anarchy. Those who find Christ find life. "God's truth isn't just true. It's good for us," Strachan concluded. The hard part is living like that's true. 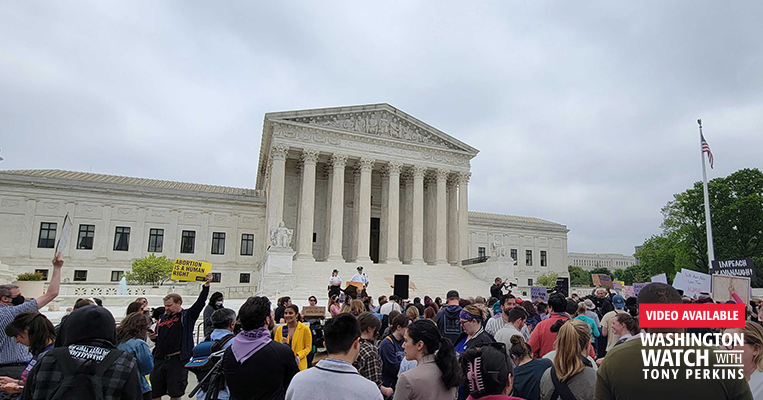 Dems Push for Second Opinion on Abortion
NEXT 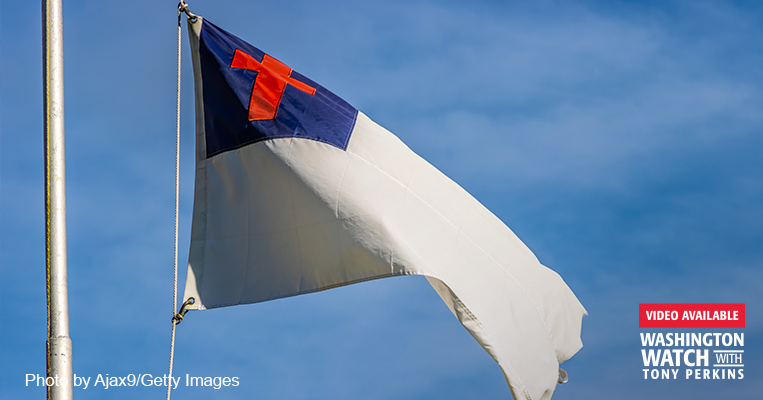 Even in Divisive Times, The Flag of Religious Freedom Still Flies