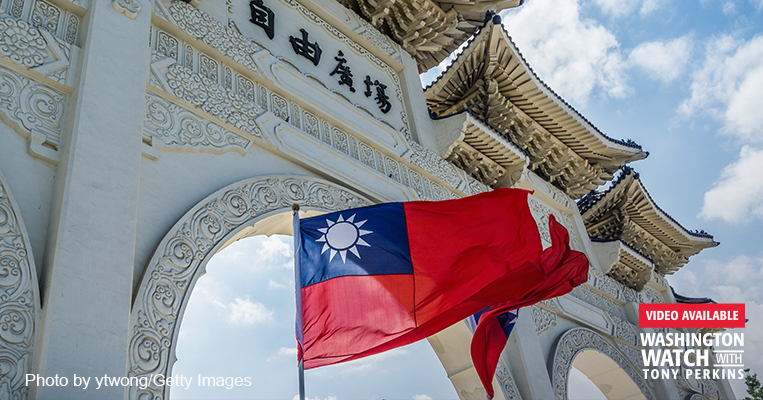 President Joe Biden wandered off script when he said the United States would intervene militarily to keep China from invading Taiwan, but a conservative member of Congress said on Monday's episode of "Washington Watch" that Biden's words showed rare resolve against an American enemy -- and the White House's efforts to walk back the president's comments only benefit the People's Liberation Army Navy (PLAN).

"This kind of mixed messaging coming from this White House is incredibly dangerous," said Rep. Mike Waltz (R-Fla.), the first Green Beret to serve in Congress.

When a reporter asked President Biden Monday if the U.S. would send troops to prevent China from attacking Taiwan, he replied, "Yes, that's the commitment we made." He went on to say that "the idea that [Taiwan] can be taken by force is just not appropriate. It will dislocate the entire region and be another action similar to what happened in Ukraine."

Biden administration officials tried to soften Biden's statement, and the president seemed to reverse himself on Tuesday. "The policy has not changed at all. I stated that when I made my statement yesterday," Biden told reporters during a summit with regional leaders in Tokyo.

Such radical message shifts lead Americans to question, "Who's really in charge and who is writing the talking points... that apparently the president's not allowed to deviate from," Waltz pointed out.

The U.S. has no formal agreement to defend Taiwan by force. Instead, the Taiwan Relations Act, signed in 1979 by President Jimmy Carter, promises the U.S. will "provide Taiwan with arms of a defensive character" and "resist any resort to force" that "would jeopardize the security" of Taiwan. It introduced the policy of "strategic ambiguity," in which the U.S. neither promises nor rules out a military strike on China.

"At this point, it's an outdated policy," Waltz told Perkins. "I think it's time for deterrence, not ambiguity -- and with deterrence comes clarity of what we will do, and what red lines they cannot cross."

"We're not getting that clarity from this White House," the congressman stated. "They're all over the place."

China has been less than reticent to threaten Taiwan, or the United States. Last Wednesday, a member of the Chinese Communist Party's Politburo told National Security Advisor Jake Sullivan, according to a paraphrase by the state-run Xinhua News Agency, that "if the U.S. side persists in playing the 'Taiwan card' and goes further down the wrong path, it will surely put the situation in serious jeopardy."

As Biden began his five-day trip to Asia on Friday, China sent 14 planes, including an H-6 bomber, into Taiwanese air space. The U.S. responded by sailing two U.S. warships through the Taiwan Strait on Sunday.

"Why should the American people care? I think it's important to understand that if China takes Taiwan, they will control trade routes and shipping into Japan, South Korea, Australia, Malaysia, Indonesia, Vietnam," Waltz clarified. "They will essentially control 50% of global GDP and trade, and that will be a huge step in their march to be the global dominant power."

China has built its military machine on U.S. dollars. As trade with the U.S. has increased, so has China's military spending. Beijing's "defense" budget has surged 594% since 2000, from an estimated $41.2 billion in 2000 to $244.9 billion in 2020. That spending brings China increased military dominance in the region. In 1990, the People's Republic of China accounted for less than a quarter of all military spending in East Asia. Today, the PLAN receives 70% of all the region's military expenditures, according to the Center for Strategic and International Studies (CSIS).

Chinese leaders have cast a wary eye at Russia, where U.S.-led sanctions since the February 24 invasion of Ukraine will cause unemployment to double by year's end, according to the IMF.

Rather than abandon threats to invade Taiwan, Chinese President Xi Jinping has "accelerated the economic" preparations, Waltz said. Xi plans to make China's economy "more independent" on "all kinds of things -- from rare earths, to pharmaceuticals, to oil and gas -- and also to make our economy, the U.S. economy, more dependent on [China] and, therefore, to make their economy more sanction-proof." By insulating the Chinese economy from foreign pressure while becoming indispensable to Western economies, the Chinese Communist Party aims to "create dependencies that they can then choke off if we don't agree with them geopolitically."

"We're actually playing into it, as the Left tries to drive us to [become] a completely green economy, which means we'll be completely dependent on batteries for all types of storage," Waltz noted. "The components that make those batteries -- lithium, cobalt, manganese and others -- are dominated by China. ... They're creating dependencies there," as well.

"We've got to bring those supply chains back home. And if they don't come to America, then they need to come to an ally country or one in this hemisphere," said Rep. Waltz. "That is not just a jobs issue; it's a national security issue at this point." 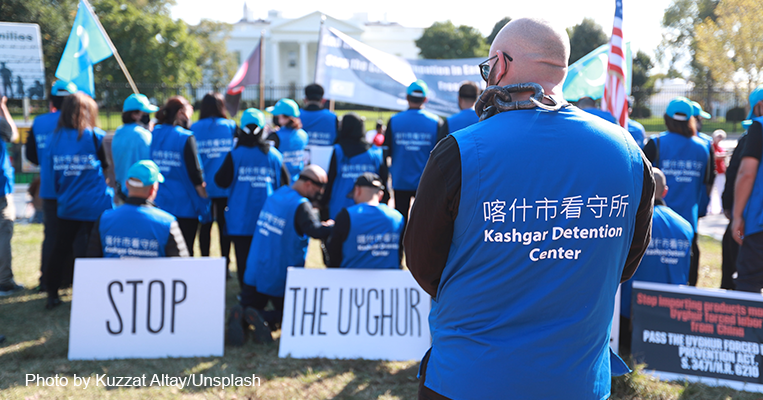 U.N. Human Rights Leader Embarks on China's Propaganda Parade. She Shouldn't Fall for It.
NEXT 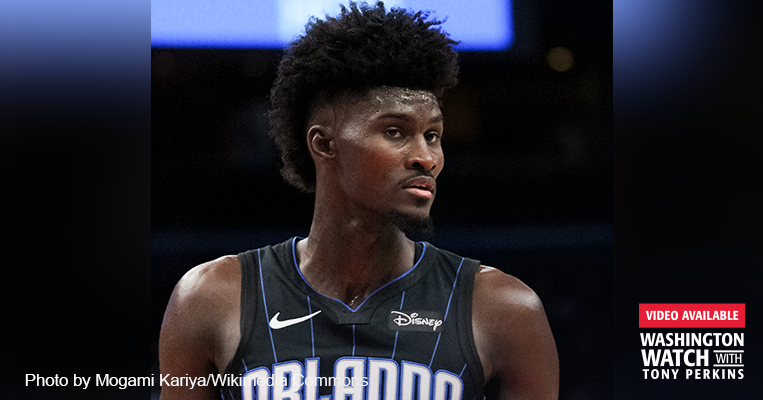