“Do No Harm Act” Threatens Our First Freedom 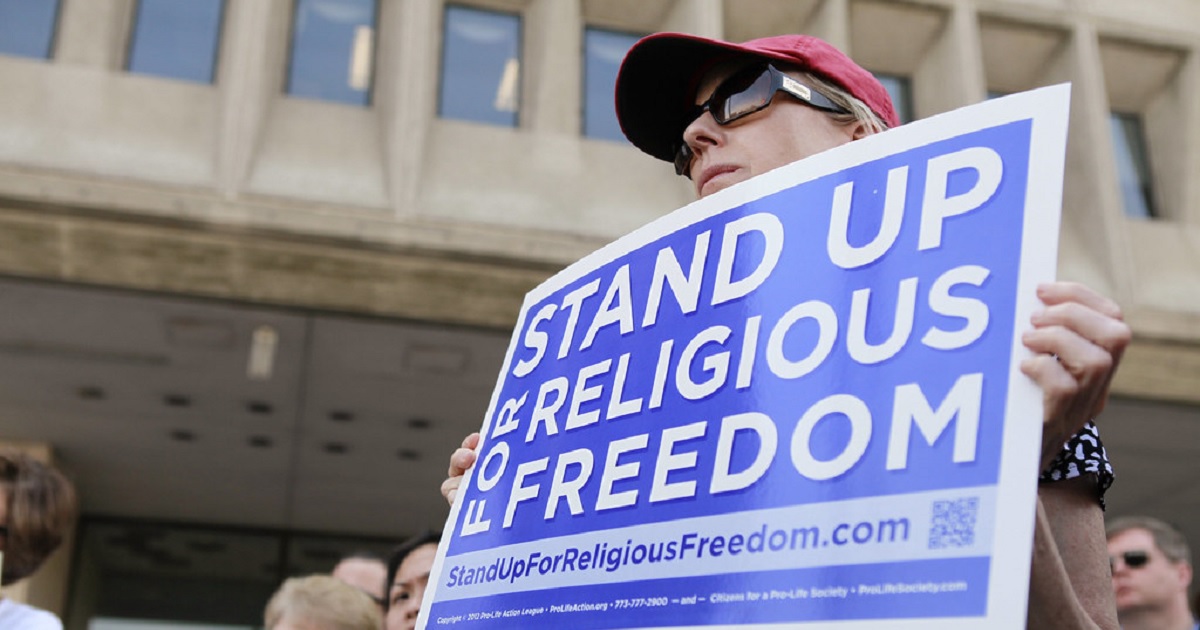 Yesterday, the House Committee of Education and Labor held a hearing on the Do No Harm Act. While this bill purports to prevent harm, it would actually significantly harm religious believers by gutting our most prominent religious liberty statute, the Religious Freedom Restoration Act (RFRA).

Pitched as an act that would prevent abuse of religious freedom, and “restore” RFRA’s “original intent,” the bill would actually treat religious believers differently based on the circumstances of their claim and dictate when RFRA can be applied. Instead of all individuals having access to RFRA as a defense against a government burden on their First Amendment right to freely exercise their religion, the Do No Harm Act explicitly excludes some individuals from RFRA’s protections.

A Threat to a Fair Hearing

At the hearing, Representative Mike Johnson (R-La.), a constitutional lawyer with nearly 20 years of experience working on religious freedom, testified how religious freedom is “often referred to as our first freedom.” The Founders of the United States recognized that everyone should be able to live their lives according to their deeply held beliefs, and never be forced by the government to act in a way contrary to their beliefs. The protection and flourishing of religious liberty was understood to be so vital to the foundation of our nation that it was written as the First Amendment to the Constitution: “Congress shall make no law establishing religion OR prohibiting the free exercise thereof.” As apparent from this hearing, those on the Left seem to misunderstand the meaning of this constitutional right and the protections that flow from it.

The sentiments expressed by Rep. Johnson used to be understood by both sides of the aisle, a point that he made at this week’s hearing. They certainly were back in 1993 when RFRA was passed unanimously by the House, 97-3 by the Senate, and then signed into law by President Bill Clinton. RFRA promises that a fair hearing will be given to all individuals whose religious freedom has been infringed by the government. That’s it. It does not favor any one ideology over the other or predetermine an outcome. As Matthew Sharp, Senior Counsel at Alliance Defending Freedom, testified at the hearing, even when RFRA is used the government often wins.

Disagreement is Not Discrimination

Many proponents of the Do No Harm Act claim it is necessary because discrimination is happening in the name of religious liberty under RFRA. However, there is a big gap between acting on personal convictions and discriminating, or forcing others to believe the same as you. Disagreement is not discrimination. RFRA does not allow individuals to force others to believe the same as them. That is not religious freedom, and RFRA does not protect it.

The Do No Harm Act would be the cause of harm and discrimination, not the alleviator of it. The Little Sisters of the Poor used RFRA in their fight against the government trying to force them to provide contraceptives, but they would no longer be able to bring a RFRA claim under the Do No Harm Act.

The Displacement of Children in Need

A few Democrats made a fuss about the Department of Health and Human Services (HHS) using RFRA to grant Miracle Hill Ministries, a faith-based adoption and foster care agency in South Carolina, a waiver from Obama-era regulations still in effect that would force them to violate their conscience or stop serving children in need. Democrats bemoaned the granting of this waiver in the hearing and claimed that such waivers are harmful to the children in need of loving homes.

In fact, the opposite is true. When Catholic Charities was shut down in Illinois, nearly 3,000 children were displaced. When Philadelphia cut its contracts with two of their 30 partner agencies because they were faith-based, foster parents (one of whom was a “foster parent of the year”) were left with empty homes and siblings faced the possibility of not being placed together. Ironically, all this occurred after the city put out an urgent call for hundreds of new foster homes. Birth moms have also expressed their desire to use faith-based agencies to help them navigate the darkest time in their life and to place their child in a home of a particular faith. They deserve that option, but would see it shut down if proponents of the Do No Harm Act get their way.

In Michigan, St. Vincent Catholic Charities is one of the most successful adoption agencies in the state, performing 90 percent better than the other agencies in its area. However, when Michigan attempted to cut ties with the religious organization (which would have severe negative impacts as noted above), the organization was able to team with Becket Law to argue that their rights were being violated. Discovery in the case found that they were clearly being targeted because they were faith-based. Children in their care had been adopted by couples identifying as lesbian, gay, bisexual, or transgender (LGBT) through other agencies in the state. The same-sex couple who sued also lived closer to three or four other agencies they could have worked with. Yet the Do No Harm Act would strip Catholic Charities of the ability to even have their claim heard. This case is ongoing.

A Threat to the Foundation of Peaceful Co-existence

Religious liberty and non-discrimination are not at odds—rather, they promote each other by allowing people to freely act on the values that are most important to them.

Religious freedom was a founding principle of our nation, and it led to the ability for people of all faiths to live together peacefully—because the government never forced them to act against their personal beliefs. RFRA is the door that ensures people will always have recourse in court if the government violates this freedom, yet the Do No Harm Act would shut that door to many.