The NBA Stays Silent on China's Atrocities While Raking in Billions 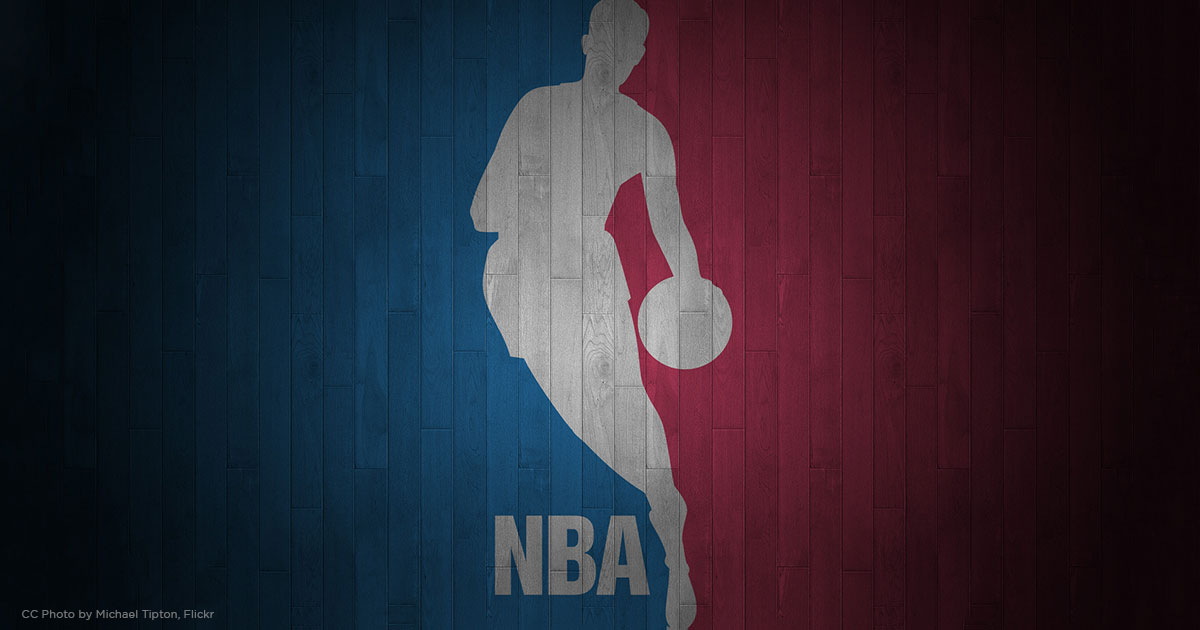 I grew up playing basketball and have always been a huge fan of the NBA. However, I have recently become extremely disappointed in the NBA and its players for their appalling silence on how the Chinese government is treating Uyghur Muslims.

China's atrocities against its Uyghur population are nothing new; they have been going on for a while. But the situation has just recently begun to pick up global attention after videos of hundreds of Uyghurs being blindfolded and forced onto trains, presumably to be sent into forced labor and camps, have leaked. This isn't the only human rights issue on which the NBA has been conspicuously silent; it has a pattern of silence on human rights issues abroad. For example, it has been silent on ESPN's recent report suggesting that the NBA's China Academies (located in Xinjiang, where most Uyghurs live) abuse their players. The NBA has also been silent while its business partner, Nike, uses Uyghur forced labor to produce shoes. The NBA's sudden emphasis on "social justice" issues begs the question: why has the organization been silent for so long, and continues to do so, on human rights violations in China?

There are several likely reasons why the NBA has chosen to remain silent on these issues. One is how much money it makes in China. According to recent reports, around 800 million people in China watch the NBA, and the league earns an estimated $5 billion per year in China. The NBA has also signed a $1.5 billion agreement with a Chinese internet company. There is serious money to be made in China, as it is estimated that nearly 20 percent of the league's revenue will be coming from the country by 2030.

These figures do not even account for the NBA's business dealings with Nike. In 2015, the league signed a $1 billion deal with Nike, allowing its logo to be on all NBA uniforms. In addition, nearly 300 players have signed agreements with Nike.

Nike's ties to China are particularly troubling. It is estimated that the Chinese government has forced at least one million Uyghurs into what are essentially labor and "re-education" camps. Leaked Chinese government orders have shown that these camps are meant to break Uyghur lineage, roots, connections, and origins and essentially eradicate them as a people. It has been reported that survivors were electrocuted, waterboarded, beaten repeatedly, and even injected with unknown substances. These atrocities cannot be denied, yet China continues to force Uyghurs to produce nearly eight million Nike shoes in these camps each year. Clearly, Nike is silent on China's treatment of Uyghurs because they are cheap labor, allowing them to continue profiting billions of dollars each year.

Some United States senators have been attempting to draw attention to this issue. Senator Ted Cruz (R-Texas) recently had a Twitter exchange with Dallas Mavericks owner Mark Cuban in which he asked Cuban if he would condemn China's treatment of Uyghurs. Cuban refrained from condemning China and opted to change the subject. Senator Josh Hawley (R-Mo.) also has been advocating for this issue. In May, he cosponsored the Uyghur Human Rights Policy Act, but even more recently, he sent a letter to the NBA asking how it would protect its players and employees who choose to speak out against the actions of the Chinese government. The NBA responded to Hawley's letter simply by saying that it was "unable to respond to this hypothetical question" and that it has long held values of "equality, respect, and freedom of expression."

Perhaps the league's biggest star, Lebron James, summed the situation up best by stating that players have freedom of speech, but they have to be careful because of the negative impact that can result from speaking out. It is interesting to note that while Lebron claims that Houston Rockets general manager Daryl Morey, who tweeted in support of Hong Kong protestors, was not "educated on the situation at hand," he is evidently not educated on his own sponsor Nike's practices or what is going on in China.

Clearly, money is more important to the NBA than speaking out against human rights violations in China. The NBA has set a precedent that no one involved in the organization may criticize China. This was made clear when they silenced Daryl Morey's attempt to offer support to the Hong Kong protesters, and it continues to be made clear by the organization's silence on the modern-day atrocities that China is committing. It recently came out that NBA commissioner, Adam Silver, donated the max contribution to Joe Biden's campaign. One can only hope that Biden would not share Silver's stance on being silent on these atrocities.

It is essential that people understand the atrocities and human rights violations being committed against the Uyghur Muslims in China. People are being sent to what many have called "concentration camps," and one former NBA employee compared the atmosphere in Xinjiang to "World War II Germany." Yet Nike, the NBA, and its players continue to be silent on the issue, doubtlessly due to the income they receive in China. This is wrong, and they need to continue to be held accountable.