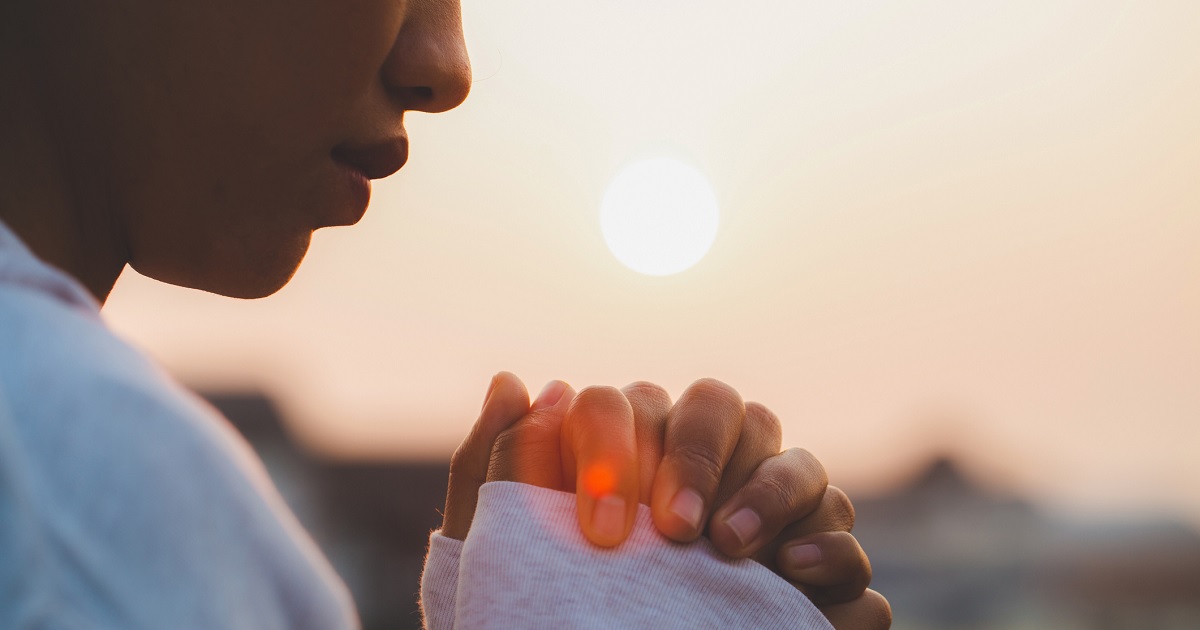 On "Worldview Wednesday," we feature an article that addresses a pressing cultural, political, or theological issue. The goal of this blog series is to help Christians think about these issues from a biblical worldview. Read our previous posts on Unity, Safety, "Christian Nationalism", Love, Courage, Forgiveness, the Resurrection and the Social Gospel, and Loyalty.

So many of our political debates are rooted in the concept of identity that there's now an entire category called "identity politics."

Some women's rights advocates argue for "equal pay for equal work," while others fight for female athletes' right not to compete against biological males in sports. And although most people agree that racial equality ought to be the goal, there is significant disagreement about what that means. Terms like "white supremacy" and "Asian hate" assign oppressor and oppressed status based on who people are rather than what they have done.

At their core, these political debates flow from conversations about identity. How should we see ourselves? How should we see other people? Of course, identity is complex. Our identity is likely a combination of our country of origin, country of citizenship, the family we were born into, our race, sex, or even our athleticism or ability to sing. Some people define their identity primarily in terms of who they are attracted to.

For Christians, identity should begin with the fact that every person is created in the image of God (Gen. 1:26). The American experiment was built around a similar presupposition articulated by Thomas Jefferson in the Declaration of Independence: "We hold these truths to be self-evident, that all men are created equal, that they are endowed by their Creator with certain unalienable Rights, that among these are Life, Liberty, and the pursuit of Happiness."

For Christians, our creation is where our identity begins, but it is not where it ends. In the first chapter of his letter to the Ephesian church, the apostle Paul describes the identity of a Christian. Paul explains that believers are blessed with every spiritual blessing; we have been chosen, adopted, redeemed, forgiven, grace-lavished, and unconditionally loved and accepted. We are pure, blameless, and forgiven. We have received the hope of spending eternity with God. In Christ, these aspects of our identity can never be altered by what we do (Eph. 1:3-14).

This is what it means to be a Christian, but it is not all that it means to be human. Some of us are male, others are female. We are different races, different sizes; we have different hair colors and eye colors, different abilities, types of intelligence, and interests. But for Christians, those characteristics are of secondary importance. As Paul notes in his letter to the Galatians, "For as many of you as were baptized into Christ have put on Christ. There is neither Jew nor Greek, there is neither slave nor free, there is no male and female, for you are all one in Christ Jesus" (Gal. 3:27-28, ESV). While not unimportant, Paul believed identity markers such as sex, occupation, and ethnicity were subservient to one's identity in Christ.

When we make the mistake of making our secondary identity primary, we inevitably create divisions. If I believe the most important thing about me is my sex, I will see those of the opposite sex as primarily different than me. The same is true if my primary identity is determined by my race, athletic abilities, or political affiliations. But if I see myself primarily as someone created in the image of God, I will identify with others by what we have in common.

Beyond that, the goal of equality is impossible unless our identity is rooted in our creation. There is no other basis on which one could reasonably argue that all people are equal. Consider this: in all other ways, we are different. We are not equally intelligent, talented, attractive, or capable. If our identity, value, and equality are not endowed by our Creator, they are nonexistent. The only other way of assessing human value would be based on our merits--our ability to perform a task, solve a problem, or contribute something meaningful to humanity. In these respects, humans are decidedly unequal.

Once our identity is detached from our creation, it becomes easy to identify those who are different from us as not just different but inferior.

Misplaced identity explains, in part, why the most vicious and violent governments in history have also been the most secular and explains why eugenicists, past and present, have argued that the lives of people with disabilities are less valuable than the lives of those who have none. If our value comes strictly from our productivity and what we can contribute, those with disabilities are less valuable because they cannot contribute in the same ways other people can. Moreover, those with physical or mental disabilities require more resources from the community. However, if our value is inherent in our creation, those who devalue people with disabilities are tragically and fatally wrong.

The Nazi's "Final Solution" was made possible by a naturalist, Darwinian worldview that allowed them to identify an entire race of people by how they were different. The Chinese Communist genocide against Uyghur Muslims happening today is made possible because the Communist Party leaders identify Uyghurs first and foremost by the ways in which they are different.

One of the few things that seems to unite Americans today is the belief that we are divided. Part of our division may lie in the way we see ourselves and others. It's much easier to remain divided if we divide the world in terms of blue or red, black or white, gay or straight. Let's take God's advice and start seeing each other primarily as image-bearers of God and see how that goes.

It's hard to imagine it would get worse.