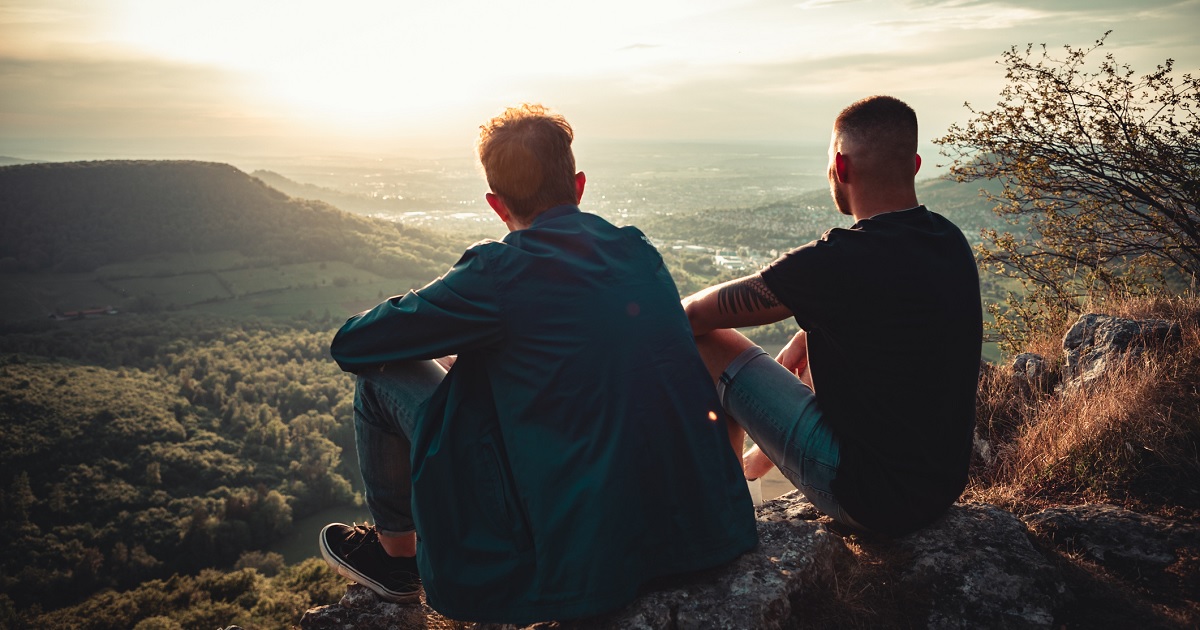 On "Worldview Wednesday," we feature an article that addresses a pressing cultural, political, or theological issue. The goal of this blog series is to help Christians think about these issues from a biblical worldview. Read our previous posts on Unity, Safety, "Christian Nationalism", Love, Courage, Forgiveness, and the Resurrection and the Social Gospel.

In June of last year, news broke that the Chinese Communist Party (CCP) was releasing a state-approved "translation" of the Bible that would better fit the regime's ideology. The message the CCP was sending to Christians in China was clear: your true loyalty must be first and foremost to the state. But what is a true biblical understanding of loyalty?

Loyalty can be defined as "a strong feeling of support or allegiance." A close synonym is "faithful." People typically think of loyalty as being an admirable quality and are liable to commend a person who exhibits loyalty to their family, country, friends, or authority figures. How should the biblically-minded Christian think about loyalty? Does God want us to be loyal?

Scripture tells us that healthy, faithful relationships are one of the things that will make the broken road of life easier to navigate. As Solomon writes in Proverbs, "A friend loves at all times, and a brother is born for adversity" (17:17) and "A man of many companions may come to ruin, but there is a friend who sticks closer than a brother" (18:24, ESV). In the book of Ecclesiastes, Solomon also notes the advantages of living life with other people:

Two are better than one, because they have a good reward for their toil. For if they fall, one will lift up his fellow. But woe to him who is alone when he falls and has not another to lift him up! Again, if two lie together, they keep warm, but how can one keep warm alone? And though a man might prevail against one who is alone, two will withstand him--a threefold cord is not quickly broken. (Ecc. 4: 9-11, ESV)

There are many examples in the Bible of people who demonstrated loyalty or faithfulness to each another. Ruth refused to leave her mother-in-law Naomi even after her husband had died: "Do not urge me to leave you or to return from following you. For where you go I will go, and where you lodge I will lodge. Your people shall be my people, and your God my God" (Ruth 1:16, ESV). Jonathan was a loyal friend to David and protected him from his father, King Saul, who tried to kill David on multiple occasions. When David asked Jonathan for help, he replied, "Whatever you say, I will do for you" (1 Sam. 20:4, ESV).

God Himself is the greatest example of loyalty in His relationship with us. In 2 Timothy 2:13, Paul explains that being faithful is intrinsic to God's character: "If we are faithless, He remains faithful-- for He cannot deny himself."

The Bible gives us wisdom and counsel on how, when, and to what degree to be loyal to different relationships. Children are told to honor their parents (Deut. 5:16, Eph. 6:1-3). Husbands are told to love their wives as Christ loved the church (Eph. 5:25). Citizens are told to submit to the governing authorities (Rom. 13:1) and to seek the welfare of their city (Jer. 29:7). Christians are told to bear with one another in love (Eph. 4:2). It should be noted that one instance when our loyalty to people is not required, however, is when being loyal to them would be disloyal to God (Acts 5:24-32). Not only is God our ultimate example of faithfulness, but He is also the only one to whom our ultimate loyalty is due (Ex. 20:3).

Love and loyalty are related. The theologian Augustine said we must "Have rightly ordered loves." Similarly, we must have rightly ordered loyalties. Strong loyalties to the wrong things will inevitably lead to disloyalty to the right thing. Jesus said, "No one can serve two masters, for either he will hate the one and love the other, or he will be devoted to the one and despise the other" (Mt. 6:24, ESV). Where competing loyalties exist, one will eventually win out, revealing our deepest loyalty.

Friends, family, bosses, sports teams, political parties, and even trendy theories are competing for our affections daily. Our ultimate loyalty, as Christ-followers, must be to Christ, "the founder and perfector of our faith" (Heb. 12:2, ESV). We will be loyal to something; if not Christ, then things of this world will command our allegiance (1 John 2:15-17).

The issue of loyalty is immensely relevant for our persecuted brothers and sisters around the world. For example, the Chinese government recently launched a campaign to make Chinese Christians "more Chinese." As noted previously, this campaign includes a "translation" of the New Testament that is friendly to communist ideology. The CCP leaders view Christianity as a threat to their regime because they understand believers' loyalty is ultimately to God and not the state.

Although less explicit, the same thing is happening in the West as people "reimagine" Christianity and adjust long-standing Christian doctrines to make them seem more compatible with prevailing norms and ideologies. When people adjust their religion to fit their politics, it makes it clear where their ultimate loyalties lie.

It is important for Christians to recall 1 Peter 5:8, which says, "Be sober-minded; be watchful. Your adversary the devil prowls around like a roaring lion, seeking someone to devour" (ESV). When our affections are misplaced, we lose the ability to be sober-minded. We must be mindful to love what is good in the proper manner and to the right degree lest our judgment becomes impaired, and we find ourselves at war with the truth.

God wants us to be loyal to Him--to hate what is evil and love what is good. And it is only once we live in true and total loyalty to Him that we can have rightly ordered loyalty in our relationships with one another.

ve what is good. And it is only once we live in true and total loyalty to Him that we can have rightly-order loyalty in our relationships with one another.