Thinking Biblically About the Resurrection and the Social Gospel 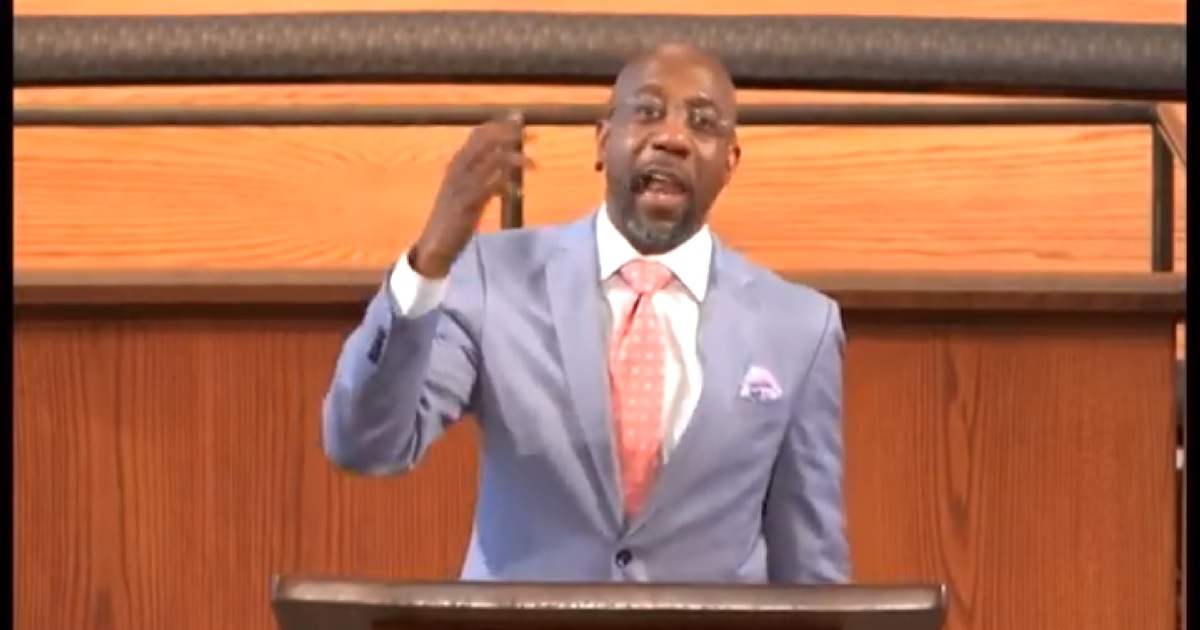 On "Worldview Wednesday," we feature an article that addresses a pressing cultural, political, or theological issue. The goal of this blog series is to help Christians think about these issues from a biblical worldview. Read our previous posts on Unity, Safety, "Christian Nationalism", Love, Courage, and Forgiveness.

Around the world, Christians celebrate Easter as the most important day in history because it is the day Jesus conquered sin and death on our behalf by rising from the dead.

The resurrection is central to the gospel because without it, Christianity is nothing more than a social club. As the apostle Paul explained to the Corinthian church, "And if Christ has not been raised, then our preaching is in vain and your faith is in vain" (1 Cor 15:14).

However, on the day when Jesus' resurrection normally takes center stage, Raphael Warnock, the Senior Pastor of Ebenezer Baptist Church in Atlanta and Georgia's junior Senator, took to Twitter to share a very different message. On Sunday, he tweeted: "The meaning of Easter is more transcendent than the resurrection of Jesus Christ. Whether you are Christian or not, through a commitment to helping others we are able to save ourselves."

It is well-known that Raphael Warnock is a liberal politician. He ran on a progressive platform, and in his short tenure in the U.S. Senate, he has voted to confirm President Biden's most radical nominees and expressed support for policies that would expand abortion and restrict religious freedom. But more than a voting record, Warnock's since-deleted Easter tweet provides insight into how the reverend's faith informs his politics, i.e., his political theology.

To be clear, there is nothing "more transcendent than the resurrection of Jesus Christ" as Warnock believes. The message of Easter, the very center of Christianity, is that God took the initiative to save sinners because sinners cannot save themselves. As Paul explains in Ephesians 2:1, "And you were dead in the trespasses and sins in which you once walked." However, because of God's love, verse four says, "when we were dead in our trespasses, [God] made us alive together with Christ." As Paul explains elsewhere, "For our sake he made him to be sin who knew no sin, so that in him we might become the righteousness of God" (2 Cor. 5:21). In other words, Christ died as a sacrifice for sin. Through his death and resurrection, Jesus reconciled us with God (2 Cor. 5:18-19).

Jesus is not simply the foundation of Christianity; He is the foundation of reality. Paul, in the book of Colossians, summarizes the centrality of Christ, writing: "He is the image of the invisible God, the firstborn of all creation. For by him all things were created, in heaven and on earth, visible and invisible, whether thrones or dominions or rulers or authorities--all things were created through him and for him. And he is before all things, and in him all things hold together" (Colossians 1:15-17). Concerning salvation, Jesus said of Himself, "I am the way, and the truth, and the life. No one comes to the Father except through me" (John 14:6).

Scripture is clear that we cannot save ourselves by helping others. Ephesians 2:8-9 says, "For by grace you have been saved through faith. And this is not your own doing; it is the gift of God, not a result of works, so that no one may boast." Of course, Christians are called to do good works. A verse later, Paul writes, "For we are his workmanship, created in Christ Jesus for good works, which God prepared beforehand, that we should walk in them." However, the suggestion that "through a commitment to helping others we are able to save ourselves" is contrary to everything the Bible teaches about salvation and strips the empty tomb of its power.

As an American, Raphael Warnock is free to believe and teach whatever he wants. However, as someone who serves as a minister of the gospel, he is not free to say whatever he wants about Jesus, the resurrection, and salvation. Like all who profess to be Christian, he is bound by Scripture. His message of salvation through good works directly contradicts the gospel of Jesus Christ which promises salvation on the basis of Christ's completed work. Faith in Jesus, not works, is the only way to be saved (Acts 4:12).

While Senator Warnock's assessment of Easter is not biblical, it is nevertheless consistent with competing belief systems like liberation theology and critical race theory. In fact, his tweet is an outworking of theological systems (liberation theology and the social gospel) which prioritize social justice over orthodox doctrine. These systems teach that the greatest problem in the world is injustice and that the solution is political revolution. For example, liberation theology, which reconstructs Christian theology through the lens of "oppressor and oppressed," identifies different problems and different solutions than the gospel does. In that world, it is possible to "save ourselves" by "helping others" because once we have eliminated injustice we have been saved.

But Scripture has a very different understanding of what our greatest problem is and the solution to that problem. While God hates injustice, injustice is simply the fruit of a sinful, rebellious heart. The real solution is a changed heart, and that is something no political revolution can accomplish. Only Jesus can convert and change sinful hearts. As bad as Senator Warnock's policy preferences may be, his theology is even worse and likely the source of his confused policies. Simply put, we cannot save ourselves. Therefore, for the sake of your eternal destiny, trust Scripture which says, "if you confess with your mouth that Jesus is Lord and believe in your heart that God raised him from the dead, you will be saved" (Rom. 10:9).

For more on this topic, don't miss the author's interview on Washington Watch.