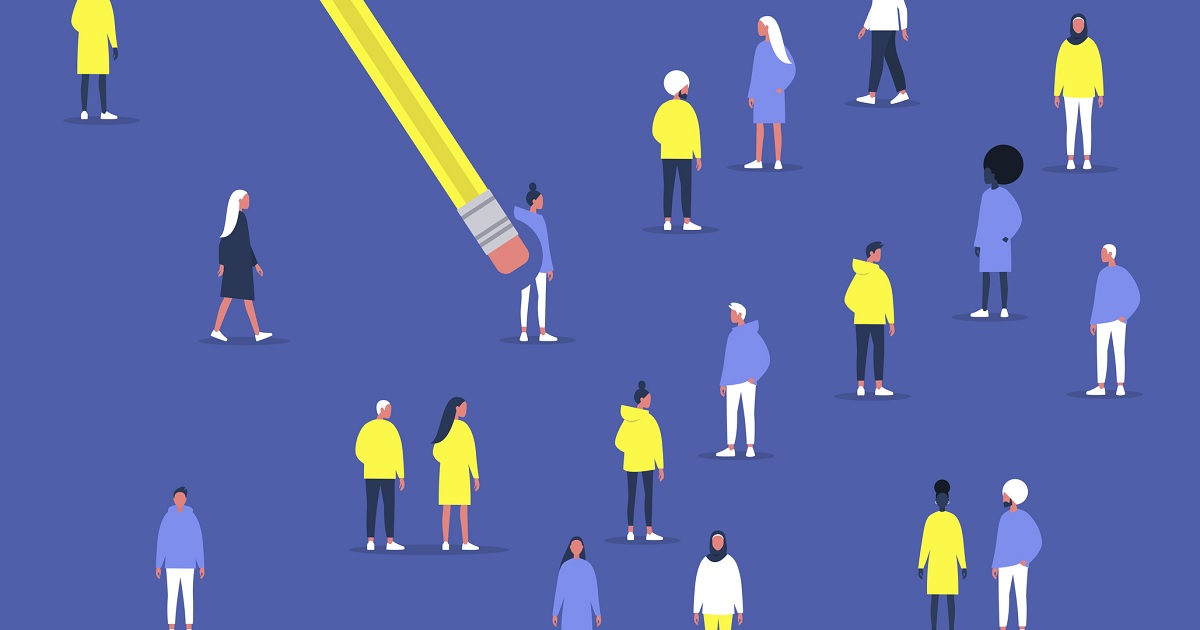 On "Worldview Wednesday," we feature an article that addresses a pressing cultural, political, or theological issue. The goal of this blog series is to help Christians think about these issues from a biblical worldview. Read our previous posts on Unity, Safety, "Christian Nationalism", Love, Courage, Forgiveness, the Resurrection and the Social Gospel, Loyalty, Identity, Religious Freedom, and Communication.

Over the past few years, the language of "cancel culture" has become ubiquitous in our society. Social media platforms are cluttered with hashtags and campaigns urging us to "cancel" someone or declare that they are "over." Whether the context is politics, sports, entertainment, or business, no one seems safe from the reach of the so-called cancel culture movement.

However, many people are increasingly becoming wary of it. When asked about cancel culture in a recent interview, comedian Dave Chappelle quipped, "I hope we all survive it." Chappelle's passing comment points to a growing awareness that a movement that might have begun with good intentions has taken on a life of its own, resulting in a variety of unintended consequences.

What is cancel culture? How should Christians think about the notion of "canceling" people, institutions, or ideas?

A thirst for accountability. Broadly speaking, "cancel culture" refers to a coordinated effort to silence, shame, and sideline (i.e., "cancel") an institution or individual on account of views, opinions, or beliefs that someone else (the cancelers) deems socially unacceptable. One online dictionary defines cancel culture as "the practice or tendency of engaging in mass canceling as a way of expressing disapproval and exerting social pressure."

In other words, cancel culture encourages people to withdraw their support from and actively oppose public figures or organizations that step outside what the mainstream--or a sizable faction--of society thinks is socially acceptable. Seen in its best light, cancel culture is an attempt to hold people with large audiences and platforms accountable when they do or say bad things. However, cancel culture has a dark side.

A lack of forgiveness. It is important to hold people accountable. When public figures misuse their power or platforms, it may be appropriate to speak out publicly against their ideas or decisions. However, cancel culture (as it is being practiced today) does not merely encourage people to reconsider their biases or apologize for past actions. Nor does it help people thoughtfully handle disagreements. Rather, the impulse behind cancel culture is to impose a figurative capital punishment on the reputation of anyone who holds political, cultural, or religious beliefs deemed offensive to the cancelers. Cancel culture seeks to exclude the canceled from future participation in the public square, with little to no hope of reprieve.

Consider a few recent examples. Last summer, Boeing Communications Chief Niel Golightly was forced to resign after a colleague complained about a 1987 article he had written, in which he had stated that women should not serve in combat. Despite Golightly having since changed his opinion on the subject, Boeing forced him out of the company.

J.K. Rowling, the celebrated author of the Harry Potter series, faced intense backlash in July 2020 after tweeting her belief that biological sex distinctions are real.

Just last week, Promise Keepers CEO Ken Harrison faced criticism for explaining that his ministry supports a biblical understanding of marriage and human sexuality. A USA Today editorial castigated Harrison for his comments and called upon AT&T Stadium and the Dallas Cowboys to rescind the ministry's contract for an upcoming event.

Issues related to marriage and human sexuality usually provoke some of cancel culture's strongest reactions. Moreover, a common theme in these examples is the extreme vitriol thrown at those whose views are deemed outdated or bigoted. In other words, if you disagree even the slightest bit with cultural progressivism (see the J.K. Rowling example), you are at risk of not only being canceled but also being labeled as hateful.

How should Christians think about all of this?

Christians should not be surprised when their churches, ministries, or beliefs are the object of criticism or outrage. According to recent research, only six percent of Americans hold a biblical worldview, which means most Americans do not think about issues such as marriage and human sexuality from a perspective influenced by the Bible. Thus, those who retain a biblical worldview are increasingly viewed by our society as being different, old-fashioned, or even dangerous.

Christians should expect to face opposition or marginalization for holding views in line with the Bible. Jesus forewarned us that there would be opposition. In his final extended conversation with His disciples before being betrayed, Jesus said, "If the world hates you, know that it has hated me before it hated you" (John 15:18). The apostle Paul affirmed, "all who desire to live a godly life in Christ Jesus will be persecuted" (2 Tim. 3:12). Furthermore, Paul explained that the gospel is a "stumbling block" and "folly" in the eyes of the world (Rom. 9:33, 1 Cor. 1:23). Thus, Christians should not be surprised when their biblically informed beliefs are mocked or dismissed. However, we also ought to regularly examine ourselves against Scripture and make sure the reason we are being opposed is due to godly, not sinful, behavior (Mat. 5:10, 1 Peter 2:20).

The Bible teaches that no one is without sin. Scripture tells us that sin is wrong and that our actions have consequences. It also teaches that no one is without sin except for God. As Paul explains, "All have sinned and fall short of the glory of God" (Rom. 3:23). In other words, all humans deserve to be "canceled." Scripture also tells us that human beings are not qualified to pronounce ultimate judgement upon one another. None of us can determine that someone else is irredeemable. God, not us, is the judge (Mat. 7:1-5). Whereas cancel culture elevates the passing whims of an outraged mob to the role of judge and jury, Christians recognize that God is the ultimate arbitrator of right and wrong.

The Bible teaches that no one is beyond hope or forgiveness. Scripture teaches that "If we confess our sins, [God] is faithful and just to forgive us our sins and to cleanse us from all unrighteousness" (1 John 1:9). This is in direct contrast to cancel culture, which usually denies the possibility of forgiveness, even when repentance is present. Christianity not only teaches that sinful people can receive forgiveness from God but that we also receive, through the Holy Spirit, the power to forgive each other. This is why Paul says in Colossians 3:13 to "Bear with each other and forgive one another if any of you has a grievance against someone. Forgive as the Lord forgave you."

Cancel culture is incompatible with a biblical understanding of sin and redemption. Cancel culture teaches a message antithetical to the gospel. It denies the possibility of grace, forgiveness, and redemption. It rejects God's role as judge of human hearts and actions. In almost all recent examples, it singles out biblically based beliefs for scorn and censure. As Christians, we are called to be part of the ministry of reconciliation, not cancellation (2 Cor. 5:11-21).