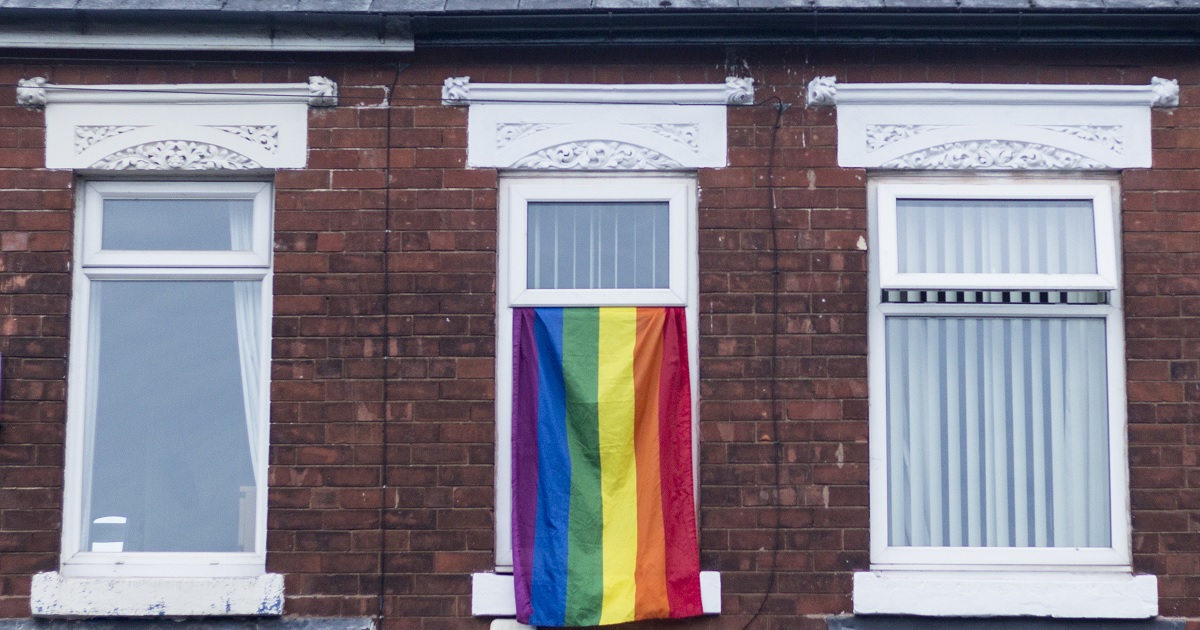 If you are on the internet, you likely know that June is "Pride Month." Your social media feed will be filled with promotions, companies will temporarily change their logos to show that they are down with the struggle, and city streets will be lined with rainbow flags in solidarity with the sexual revolution.

Meanwhile, many Christians will struggle with knowing how to respond. If you're one of them, here are a few things to remember.

Pride celebrations are not new.

Although pride parades down the streets of America's cities are a relatively recent development, people making a declaration of independence from God is so old it is almost cliché.

In the Garden of Eden, God told Adam and Eve not to eat of the tree of the knowledge of good and evil (Gen. 2:16-17; 3:2-3). However, Eve, with Satan's help, convinced herself that doing things her way would help her become like God. Perhaps she decided she was spiritual, not religious.

She observed that the tree was good for food, that it was a delight to the eyes, and that it was desirable to make one wise (Gen. 3:6). She convinced herself that her rebellion would not be rebellion at all but virtue. She found God's rules to be stifling of her individuality and was ready to chart a new path. Her husband even joined her. They may have even felt a sense of pride as they freed themselves from the bondage of God's rules.

Basically, Adam and Eve started these parades, and we've all participated in various ways and with varying degrees of enthusiasm.

Much will be said about love this month. T-shirts, memes, and parade signs will declare that "love is love" and that "love wins." Whether Christians can agree with these sentiments depends on how "love" is defined. Proponents of the sexual revolution would have us believe that we show love for someone by affirming identities, indulging desires, and encouraging each other to "live your truth." But God's definition of love is very different.

This means that a Christian's unwillingness to celebrate Pride Month will be seen by the world as an act of hate and by God as an act of love. Christians must choose whose definition of love they will accept.

Pride comes before a fall.

It's ironic that those who started "Pride" events used the term "pride" to describe them. They named their entire movement after one of the seven deadly sins; a sin that Proverbs assures us is the prelude to our destruction: "Pride goes before destruction, and a haughty spirit before a fall" (Prov. 16:18). It is almost as if God was looking to make it obvious what was actually happening here. Just as we would be wise to avoid celebrating "Wrath Month" or a "Lust Parade," Christians should be wary of celebrating pride. After all, we know what happens next.

No one is beyond the love or reach of Jesus.

While Christians are right to separate themselves from celebrations of sin, we should be equally careful to avoid a different but equally bad kind of pride--self-righteousness. If Christians have any goodness within ourselves, we do not deserve the credit. After all, "[God] saved us, not because of works done by us in righteousness, but according to his own mercy, by the washing of regeneration and renewal of the Holy Spirit" (Titus 3:5).

Rather than a sense of self-righteousness, Jesus modeled how our hearts should respond to people who are lost:

When he saw the crowds, he had compassion for them, because they were harassed and helpless, like sheep without a shepherd. Then he said to his disciples, "The harvest is plentiful, but the laborers are few; therefore pray earnestly to the Lord of the harvest to send out laborers into his harvest" (Mat. 9:36-38).

When we see crowds who are lost, we should be moved to compassion, not self-righteousness.

This month, some will encounter a city street lined with rainbow flags or unwittingly expose their child to sexual revolutionary propaganda on Blue's Clues and be prone to despair. Don't despair.

Fear is never from God (2 Tim. 1:7). Whatever situation you are dealing with, God is not surprised by it, nor is it beyond His control. However, He knows we are prone to worry, which is why Peter encourages us to cast all our anxieties on Him (1 Peter 5:7). The same God who formed the mountains and put the planets into orbit is aware of the situation and handling it.

The good news is that our moments of weakness are the moments God does His best work in us. While the culture takes pride in their independence from God, we should boast in our dependence:

But he said to me, "My grace is sufficient for you, for my power is made perfect in weakness." Therefore I will boast all the more gladly of my weaknesses, so that the power of Christ may rest upon me (2 Cor. 12:9).

Maybe we should start our own pride parade; it would be kind of the same but also very different.

ld start our own pride parade; it would be kind of the same but also very different.