How Should Christians Think About “Wokeness”? 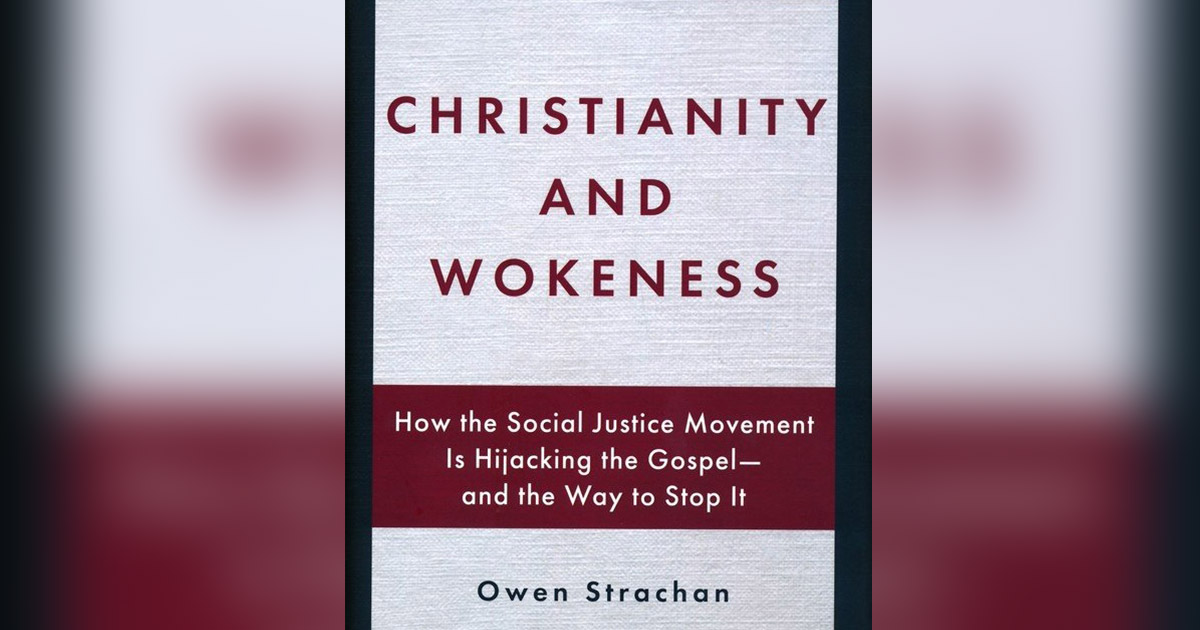 Since its beginnings in the first century, the church has faced varied resistance from the surrounding culture and challenges to the gospel. Recently, a new challenge has emerged: "wokeness," or the state of being "woke." Merriam-Webster identifies "woke" as a slang term meaning being "aware of and actively attentive to important facts and issues (especially issues of racial and social justice)." On the surface, wokeness might sound like seeking justice and showing concern for the weak and oppressed--things the Bible urges us to do (Isa. 1:17, Micah 6:8). However, wokeness often embraces theories and ideologies inconsistent with or even hostile to the Bible. Many well-intentioned Christians--out of a desire to be compassionate, accepting, and loving--are succumbing to cultural pressure to conform to woke ideology, likely unaware of its unbiblical tendencies.

To help Christians think biblically about wokeness, Owen Strachan, FRC's Senior Fellow for Biblical Worldview, has written a new book, Christianity and Wokeness: How the Social Justice Movement is Hijacking the Gospel. In the book, Strachan walks through the history of woke ideology and examines its consequences in American culture and the church. He also consults Scripture to give Christians advice for responding to the woke movement.

Wokeness in the Culture and the Church

The first two chapters of Christianity and Wokeness examine how woke ideology is entering the culture and, more consequentially, the church. According to Strachan, "wokeness" means to be "awake" and in tune with the prevailing zeitgeist. Critical Race Theory (CRT), which sees society as an intentional system of power structures meant to oppress others based on their skin color, is currently the most well-known example of woke ideology. CRT purports that "White Privilege" is at the root of social justice issues and must be eradicated.

The 21st century American church has been both passively and actively incorporating woke ideology into their institutions and practices. Strachan observes that some Christians have started apologizing for and repenting of their "whiteness." Often these actions are prefaced with the proposal that we should change the gospel to fit with woke ideology so that brothers and sisters of color will be more comfortable in the church. While true racial reconciliation is an important outworking of the gospel (Eph. 2), wokeness changes the gospel by teaching that white people are never able to fully repent for their actions because they are inherently racist by nature of being white. But the gospel says all have sinned, and everyone can be fully redeemed through the work of Christ. With its different view of sin and redemption, wokeness undermines the gospel. This is why Strachan argues, "[W]okeness is not a prism by which we discover truths we couldn't see in a Christian worldview. Wokeness is a different system entirely than Christianity. It is, in fact, 'a different gospel.' But it is not just that. In the final evaluation, wokeness is not just not the Gospel. Wokeness is anti-Gospel."

Why is Wokeness an Ungodly System?

In chapters three and four, Strachan outlines his concern with the theological and cultural implications of CRT and woke ideology. First, he encourages believers to guard their hearts and minds, noting the apostle Paul's admonition not to be taken captive by false philosophies (Col. 2:8). Strachan argues that wokeness represents a man-centered gospel that takes others captive through legalism rather than setting them free in the grace of Christ. In other words, wokeness says that only your works can save you--but you can never actually accumulate enough works to satisfy its requirements. Ultimately, this philosophy promises so much, only to abandon its followers in the end.

Furthermore, Strachan provides guidance for responding to unbiblical ideologies. According to Strachan, wokeness calls into question the sovereignty of God and contradicts Scripture by saying that the root of all evil is "whiteness." But, as Strachan explains, "[in] biblical terms, 'white' skin is not our biggest problem. Sin is." He goes on to say, "If you have been convicted and demeaned for your skin color or heritage (whatever each may be), you have been wronged." Woke ideology turns humans against one another, and results in individuals being judged by the color of their skin and status in society rather than the content of their character or their status in the eyes of God.

The Bible and Ethnicity

Because questions of race and ethnicity are so closely tied to woke ideology and CRT, chapter five and six provide an in-depth study of what the Old and New Testament have to say about our identity as human beings. Strachan explains how Genesis teaches that all humans are equally part of one human race. Although we may have different skin tones, languages, or ethnicities that distinguish us, we are all human beings who are made in the image of God (Gen. 1:26-27).

Further, the doctrine of the fall--not CRT--explains the fractured relationships present in humanity. It is not the differences between our skin colors that make us misunderstand, betray, and abuse one another but the sin that infects us all. One tragic consequence of the fall is the sin of racism, which is one way that humans wrongly show partiality. God is not elitist and shows no partiality to anyone, as the apostle Paul frequently discusses in his letters (Rom. 2:11, 10:12; Gal. 2:6, Eph. 6:9). The New Testament also demonstrates how everyone can be united and reconciled in Christ through the gospel message (Eph. 2:14-18, 2 Cor. 5:16-21). God desires that, ultimately, every tribe, tongue, and language be untied in Christ to form the household of God (Eph. 2:19; Rev. 5:9-10, 7:9, 21:3). As Strachan explains, "Distinctiveness is no bad thing and is, in truth, a gift and blessing of God--but unity will be our song in all the ages to come."

The Response to Wokeness

The final chapter of Strachan's book considers the reality of American history, specifically slavery and the civil rights movement. He concludes with recommendations for how Christians can respond to woke ideology in a biblical way, reminding his readers: "We cannot fall silent. We cannot stand by as people around us are taken captive by wokeness or any ungodly ideology."

Although Christians ought to recognize racism's sinfulness and the necessity of repentance for racist thoughts, actions, and attitudes, they should also recognize that certain groups of people are not inherently racist simply because of the color of their skin. Strachan concludes, "Wokeness is advancing far too quickly to treat this matter lightly, or to assume that these issues will simply 'go away.'" He reminds his readers, "No--they will not go away. As we have argued throughout the book, strongholds and false ideologies must be destroyed, not ignored or treated with a softshoe approach."

May we all heed this timely warning and put on the full armor of God (Eph. 6:10-17) to stand firm against all unbiblical ideologies in our day and proclaim the gospel of truth.