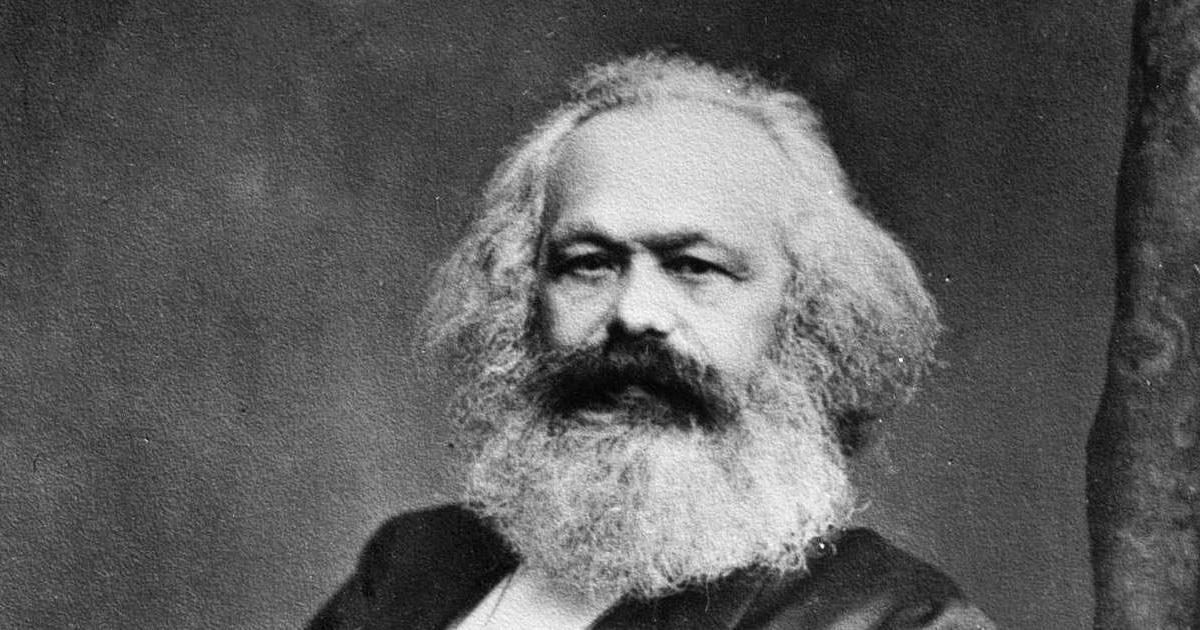 Karl Marx's ideas continue to be popular, despite the fact that a 100 million body count and an unmatched catalogue of misery follows them like a funeral procession wherever they go. Like the NFL coach who has only failed wherever he's gone yet somehow keeps getting jobs, Marx's ideas never work but remain perennially popular for the young and the naive. This is sadly true today; we can clearly identify how a Marxist framework is influencing our society, and decidedly for the worse.

As I do in greater depth in my brand-new book, Christianity and Wokeness: How the Social Justice Movement Is Hijacking the Gospel--and the Way to Stop It, I want to show in this short piece how neo-Marxist ideas are harming us all. Here are five key neo-Marxist formulations that are influencing us today.

Marx structured all of society in terms of two groups: "every form of society has been based, as we have already seen, on the antagonism of oppressing and oppressed classes," he and Engels wrote in The Communist Manifesto. He applied this theory economically, but today, his paradigm has been appropriated by some sociologists in their attempts to explain racial conflict. According to Critical Race Theory (CRT), white people are structurally oppressors of people of color. Having white skin means you're automatically part of a movement of oppression. This vision of "white" people, racial Marxism, means neo-Marxism is truly neo-racism.

2. "You are oppressed if you are a person of color."

According to CRT, people of color are fundamentally oppressed by white people. People of color do not live in a fair and prosperous order; they live in an environment framed by "white supremacy." Robin DiAngelo defines such a culture as one "that positions white people and all that is associated with them (whiteness) as ideal." According to woke voices, this condition terrorizes people of color, leaving them without agency, without justice, and without hope. Instead of teaching people that their freedom and destiny are in the hands of "white" oppressors, we do better to teach them to reject such a view, and take agency in their own life. Can "white" people wrong others? Absolutely. Is every "white" person a "white supremacist"? Absolutely not.

3. "The way forward is revolution."

Marxism talks a big game about lifting people out of squalor. But none of its tenets actually dignify the individual. Instead, Marxism denies the uniqueness of the individual, making them a mere pawn in a broader societal battle, one that ultimately causes only more suffering for the people it supposedly strengthens. The brutal forms of societal change that Marxism specializes in were on vital display last summer, when under the banner of social justice, Antifa, Black Lives Matter, and many swept-up citizens destroyed businesses, ruined neighborhoods, and caused numerous deaths. No gentle new order, this. But what else would we expect of a Marx-influenced movement?

4. "I know who you are without knowing you."

Marxism trains people to think they know others without knowing them. If you see a white person, you know who they are, according to wokeness. You know they're privileged; you know they're guilty of "white fragility"; you know they're an oppressor, even though they may well try to deny it. Racial Marxism is just like economic Marxism: it tells us we know people without knowing them. But this is baseless. In order to know someone, you need to learn about them as an individual and figure out what makes them tick. You can't run a stereotype scan on them. You need to treat them like an actual human being, which the humane system of redemptive Christianity not only allows for but encourages.

5. "We can achieve utopia in this life."

This is truly the primary reason why Marxism continues to recur despite its abysmal track record. People are suckers for a utopian vision. As I make clear in Christianity and Wokeness, we all feel pulled to one in some sense, even though Christians should know that this world is not going to become perfect outside of divine agency. Nonetheless, Marx's ideals, like leftist "progressivism" more broadly, hook fresh generations of catch all the same. People in the West continually believe, in fresh cycles, that Marx's ideas will surely work this time around. That mythic boost never happens, however. Violence and bloodshed invariably explode, and yet this formulation continues to get traction in each generation. It is a repeat performance as comedic as it is tragic.

In sum, Marx's vision looks so promising to so many. But it is far better to realize that Marx's utopia is not possible. It would be a much better idea to accept a world in which one must make and accept "tradeoffs" rather than casting about for a perfect cure-all to every problem that ails us. If we could get people off the drug of paradisical statism, we would help them tremendously, queueing them up to appreciate the free market, free speech, free governments, and a free church. In yet simpler terms, we would liberate them--at least for now--from the clutches of history's most persistent bad idea: Marxism.

Owen Strachan's recent interview about his new book on Washington Watch with Tony Perkins can be viewed here.

Owen Strachan is a Senior Fellow for FRC's Center for Biblical Worldview. A graduate of Bowdoin College, Dr. Strachan is the author of Christianity and Wokeness: How the Social Justice Movement Is Hijacking the Gospel--and the Way to Stop It, Provost of Grace Bible Theological Seminary, and host of The Antithesis podcast.