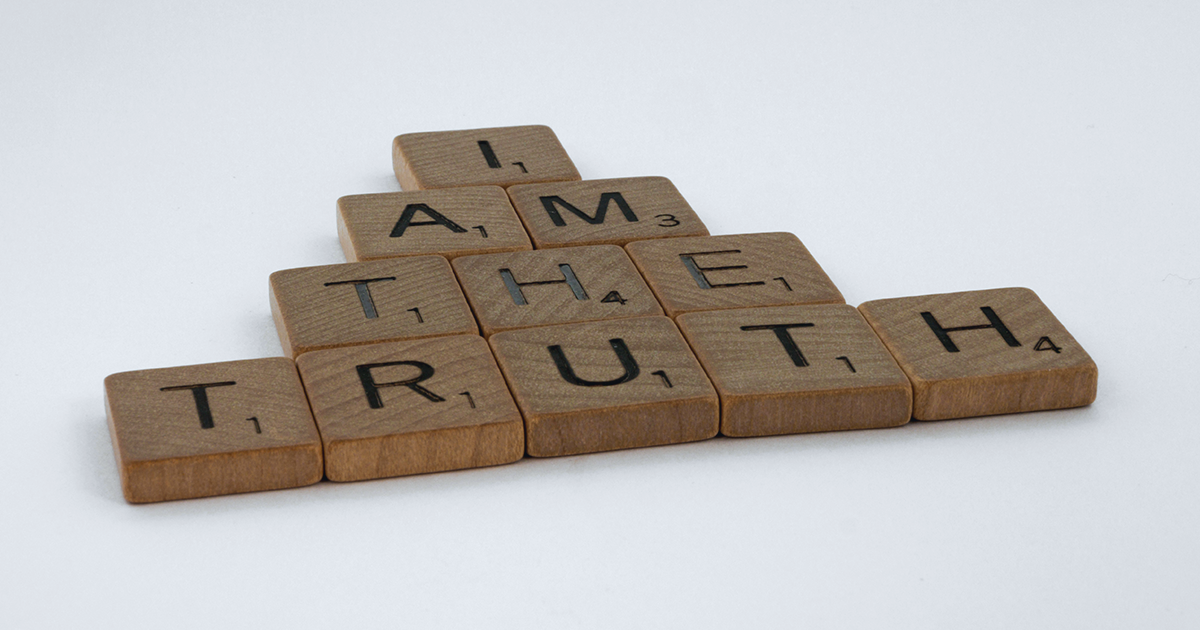 Some see the debate over Critical Race Theory (CRT) as a disagreement between those who think racism is real and those who do not. But this is not the case. Thoughtful critics of CRT understand that it is not merely a tool for understanding the history of racism. Rather, CRT's oppressor/oppressed framework is a way of understanding and interpreting the world--one that is significantly in conflict with a biblical worldview because it offers a different understanding of truth.

For Christians, God is the source of truth, and His truth is revealed to us in Scripture. But proponents of CRT see truth differently. They see the "right versus wrong" view of the world as part of the oppressive systems they seek to overthrow. Consider the following comments from an advocate of CRT:

"Heterosexual white men in this society tend to have a dualistic view of the world: we are either right or wrong, winners or losers. There is only one truth, and we will fight with one another to determine whose truth is right. To understand oppression requires that we accept others' experiences as truthful, even though they may be very different from ours. To live with equality in a diverse, pluralistic society, we have to accept the fact that all groups and individuals have a legitimate claim to what is true and real for them"

From this perspective, experience guides us to truth, and what is truth for me might not be truth for you. From a biblical perspective, this kind of thinking is very dangerous because our feelings about reality often conflict with reality. Scripture tells us that our feelings can deceive us: "The heart is deceitful above all things, and desperately sick; who can understand it?" (Jer. 17:9, ESV). Furthermore, Jesus said, "What comes out of a person is what defiles him. For from within, out of the heart of man, come evil thoughts, sexual immorality, theft, murder, adultery, coveting, wickedness, deceit, sensuality, envy, slander, pride, foolishness. All these evil things come from within, and they defile a person" (Mk. 7:20-23).

The Bible constantly reminds us that our feelings can align with reality but often do not. Even though the accuser might condemn us, Scripture says "There is therefore now no condemnation for those who are in Christ Jesus" (Rom. 8:1). In addition, the moments in which we feel most self-satisfied are the moments we are reminded to "humble yourselves therefore before the mighty hand of God that He may exalt you in due time" (1 Pet. 5:6).

Endorsing multiple, subjective versions of truth is not the only way CRT conflicts with the Bible's understanding of truth. This 2018 tweet from Union Seminary in New York City (not to be confused with other institutions named Union) illustrates that for some, critical theory becomes the standard through which Scripture is interpreted. The seminary said, "While divinely inspired, we deny the Bible is inerrant or infallible. It was written by men over centuries and thus reflects both God's truth and human sin & prejudice. We affirm that biblical scholarship and critical theory help us discern which messages are God's."

When you use critical theory to interpret the Bible, you give it a higher authority in your life than Scripture.

CRT also encourages us to apply different moral standards based on the racial identity of the people involved. This was made evident in a controversy over a series of tweets from a former New York Times editor named Sarah Jeong.

When the Times hired Jeong in 2018 her Twitter history surfaced, including tweets that said the following:

"Are white people genetically predisposed to burn faster in the sun, thus logically being only fit to live underground like groveling goblins." December 2014

At a minimum, these tweets were unkind, and should they have been directed at any other ethnic group, they would have been universally decried as racist. Does directing them at white people make them not racist? By the standards of CRT, yes. This perspective was articulated by Zach Beauchamp, a writer at the left-wing outlet Vox. Discussing the dustup, he argued that "The underlying power structure in American society" is what differentiates these tweets from "actual racism." In other words, these tweets weren't "racist" because they targeted the race that CRT deemed it acceptable to be hateful toward.

This view of morality stands in direct contrast with Scripture, which tells us that God will judge each of us for our actions. "For we must all appear before the judgment seat of Christ, so that each one may receive what is due for what he has done in the body, whether good or evil" (2 Cor. 5:10). There are no exceptions or allowances for sin based on our skin color or that of the people we might offend. "God 'will repay each person according to what they have done'" (Rom. 2:6, NIV) and, unlike humans, He shows no partiality (Rom. 2:11, 10:12; Col. 3:25).

Because of the persecution faced by first century Christians, Paul told the church to "Bless those who persecute you; bless and do not curse" (Rom. 12:14). Likewise, Jesus told us how to respond to those who wrong us: "Love your enemies, bless them that curse you, do good to them that hate you, and pray for them which despitefully use you and persecute you, so that you may be sons of your Father who is in heaven" (Mat. 5:44). The reason for this is that loving people who love us is unexceptional. As Jesus said to his disciples, "If you love those who love you, what credit is that to you? For even sinners love those who love them" (Luke 6:32).

So, we see that CRT is not merely a tool to evaluate the sin of racism. CRT offers a worldview that is incompatible with Scripture and the way God has called us to live.