A Closer Look at FRC's Viral Tweet: The Bible Really Is Pro-Life (Part 1) 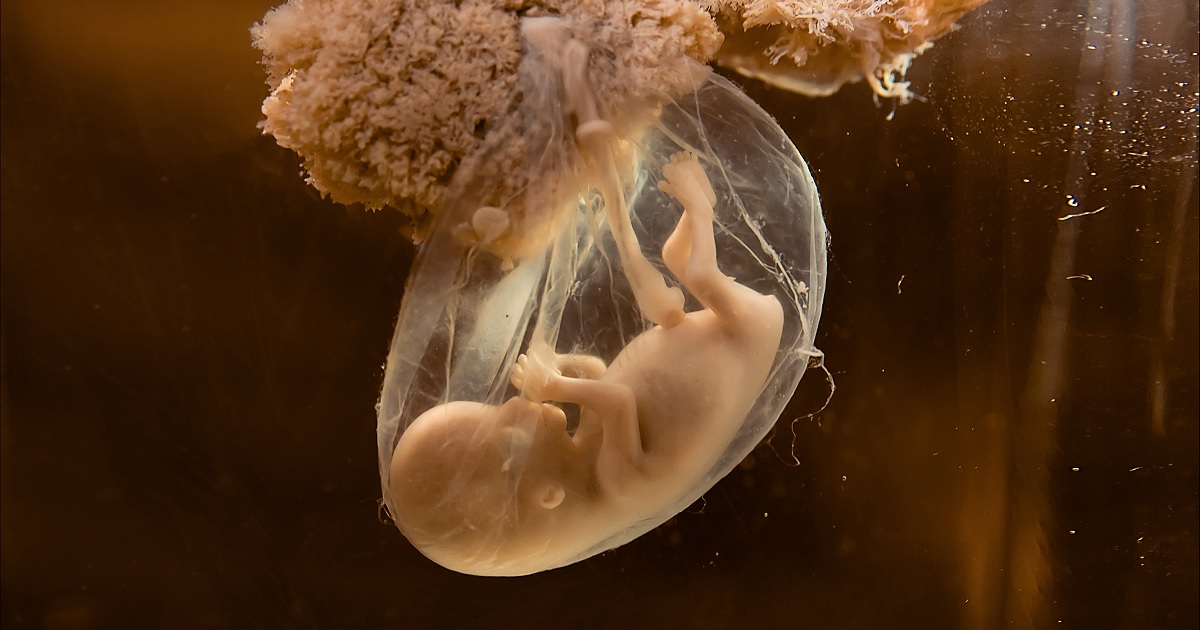 Last Friday, FRC posted a tweet that stated: "The Bible is ardently and unequivocally pro-life." For an organization whose mission is to "advance faith, family, and freedom in public policy and the culture from a biblical worldview," tweeting support for the Bible's pro-life ethic was hardly controversial--or at least it shouldn't have been. But given the renewed tension over abortion following the U.S. Supreme Court's decision to allow a Texas pro-life law to go into effect, passions have been stirred, and antagonism toward pro-life Christians has reached a fever pitch.

As evidence that the abortion lobby and its supporters are livid over the Supreme Court's decision, consider the reaction to FRC's tweet. In just three days, FRC's tweet generated 18 million impressions, 200,000 engagements, 7,000 retweets, and 17,000 replies, nearly all of which were negative. Several replies to FRC's tweet generated tens of thousands of engagements from Twitter users as well. Clearly, claiming the Bible is pro-life struck a nerve for many people.

I've explained elsewhere that the Bible teaches a pro-life ethic. I've also argued at length that the Bible affirms the personhood of the unborn and that Christians have opposed abortion for 2,000 years. However, some of the impassioned critiques about the Bible's teaching on life, abortion, and God's character offered in response to FRC's viral tweet merit a response.

By far, the most common objection to FRC's tweet is that the Bible teaches that life begins with breath. According to this argument, abortion is morally neutral (and thus permissible) because it ends the life of a preborn child before he or she has taken their first breath. Supporters of this position cite Genesis 2:7, which says, "Then the Lord God formed the man of dust from the ground and breathed into his nostrils the breath of life, and the man become a living creature" (ESV).

In context, Genesis 2:7 does not teach that life begins with Adam's first breath. In fact, the passage says nothing about Adam breathing (although it can be assumed Adam began breathing after receiving life). According to the passage, God forms and breathes into non-living matter, and Adam becomes a living being. Adam's creation is unique; he is personally formed by God and given life as a fully adult man. It may appear almost too obvious to need pointing out, but how God gave Adam life is different from how every other person subsequently born receives life. Following God's creation of Eve, the normal biological process of reproduction is the means for creating new life. In other words, the special circumstances of Adam's creation--including God's breathing into him the breath of life--are not paradigmatic or representative of how the rest of humanity comes into existence. After our first parents, no one received "the breath of life" directly from God in the same way.

Additionally, for critics who insist the Bible teaches that life begins with Adam's first breath, it is worth noting that the unborn are "breathing" in the sense that they receive the oxygen they need for their cells to function. As Amy Hall explains, "Just because an unborn child is not an adult and doesn't take in oxygen the way an adult does, that doesn't mean he isn't receiving the oxygen he needs to live; and it certainly doesn't mean he isn't a live human being." Adam began breathing through his mouth after receiving life because that is how a person at that stage of development takes in oxygen.

Claim: "Unborn children do not receive their souls until birth."

Another critique leveled against pro-life Christians is the claim that unborn children do not receive their souls until birth. However, this is an argument from silence. What the Bible does teach is that unborn babies are fully human. For example, in Luke 1, John the Baptist "leaps for joy" upon hearing Mary's voice. While in utero, John is acknowledging Jesus and beginning his work as a forerunner of the Christ. Moreover, John is said to be filled with the Holy Spirit in utero. In the same passage, prenatal Jesus is not seen as an impersonal, non-moral entity; rather, He is rightly honored as Lord by both Elizabeth and her unborn baby. In other words, both unborn babies are seen as full persons.

In short, embryology has advanced to the point where no one disputes that a newly formed zygote (fertilized egg) has its own genetic composition and is therefore a biologically unique individual. Moral standing, i.e., personhood, cannot be based on a quality or status that emerges or is achieved at some point after conception. Most characteristics like intelligence exist on a quantitative scale. It is more than ethically tenuous to assign personhood based on subjective criteria. Rather, personhood should be based on biology and genetics, which support the position that life begins at conception. This view is consistent with the Bible's teaching about the personhood of the unborn (Psalm 139, Luke 1, etc.).

Claim: "In the book of Exodus, the Bible teaches that unborn children have less value than women."

The misconception that the Bible teaches unborn children have less value than their mothers is based on a faulty reading of Exodus 21:22-25, which says:

When men strive together and hit a pregnant woman, so that her children come out, but there is no harm, the one who hit her shall surely be fined, as the woman's husband shall impose on him, and he shall pay as the judges determine. But if there is harm, then you shall pay life for life, eye for eye, tooth for tooth, hand for hand, foot for foot, burn for burn, wound for wound, stripe for stripe.

Some claim that the statement "but there is no harm" only refers to the woman, but this assumption does not make logical sense in the context of the full passage. This law clearly lays out the penalties for harming a pregnant woman and her unborn child. The context is a situation where two men are fighting and accidentally hit a pregnant woman. If a woman is hit and premature birth results, but there is no harm to the woman or child, the man at fault will incur a fine. But if there is harm to either the woman or child, the penalty is the application of the law of retaliation (lex talionis), whereby a punishment resembles the offense committed in kind and degree. This means that both mother and child are afforded equal protection under the law.

Notably, the application of lex talionis in this situation is unique. Under similar circumstances--where someone unintentionally caused the death of another person--the penalty was not "life for life." Rather, the person at fault could flee to a city of refuge where they had to wait until the death of the high priest. Commenting on this passage, theologian Wayne Grudem observes, "This means that God established for Israel a law code that placed a higher value on protecting the life of a pregnant woman and her unborn child than the life of anyone else in Israelite society." Thus, rather than teaching that unborn children have less value than women, Exodus provides protections for mothers and their unborn children.