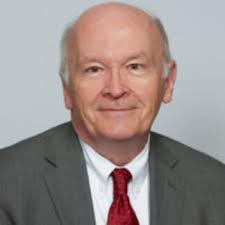 Patrina Mosley is the Director of Life, Culture and Women's Advocacy at Family Research Council. Charles A. Donovan  is president of the Charlotte Lozier Institute, the research and education arm of Susan B. Anthony List. This article appeared in The Washington Examiner on December 6, 2018.

As Americans plan their holiday purchases, many are also considering their healthcare options on the Obamacare exchange. The 2019 enrollment period started on November 1 and runs through December 15 in most states. For the fifth year in a row, Family Research Council and the Charlotte Lozier Institute have joined forces to bring transparency to Obamacare by providing consumers with information about which plans on the 2019 exchanges cover elective abortion.

Many individuals seeking enrollment remain categorically opposed to elective abortion and do not want their tax dollars used for its coverage. Further, recent polling shows that 60 percent of Americans (including 40 percent of those who identify as pro-choice) oppose the use of their tax dollars to fund abortion. While 26 states have opted out of abortion coverage by prohibiting plans that cover elective abortion on their Obamacare exchanges, 24 states and the District of Columbia continue to allow abortion-funding insurance plans. Consumers have a right to know where exactly their money is going, and we give Americans the tools they need to make truly informed healthcare decisions. One user said, “It was so overwhelming to try to figure it out last year, especially living in California. Your research makes it possible for ordinary people to get the information they need to do the right thing.”

Since FRC and CLI began investigating Obamacare in 2014, insurance companies have become more transparent regarding which plans pay for abortions, thanks to stronger enforcement of the law under the Trump administration. However, that improved transparency also shows that things have gotten worse. Our investigation found that Americans have fewer plans to choose from than ever before and more locales than ever are providing abortion-only plans.

By law, insurance companies on the Obamacare exchanges must disclose whether their plans cover elective abortion. The disclosures should be appearing in each plan’s Summary of Benefits and Coverage. Thanks to new federal enforcement, in just one year, the number of noncompliant insurers decreased from eight companies across six states (2018) to six companies across four states (2019).

Three states that were out of compliance have now made their abortion coverage clear. A fourth state (Texas) became an opt-out state in 2017, meaning that none of the plans on the Texas Obamacare exchange cover elective abortion. We continue to push for full transparency in every state and full compliance with the requirements to clearly and accessibly disclose elective abortion coverage in all exchange plan documents.

Multi-State Plans represented the great hope for pro-life plan options but fell short. MSPs were developed under the authority of the Office of Personnel Management and meant to contract with private insurance companies to offer more exchange plan options.

In 2015, MSPs were available in 36 states with the expectation they would gradually spread to all 50 states by 2017 (per Obamacare). Between the 2017 and 2019 enrollment periods the number of MSPs dropped from 203 plans to 2 plans nationally, a more than 99 percent decrease. MSPs are significant because, by law, at least one MSP in each state must be a pro-life option.

Obamacare allows health insurance plans purchased with federal subsidies to cover elective abortion. This violates the principle of the longstanding Hyde Amendment. Just this November, HHS issued a proposed rule to require insurance carriers on the exchange to have two separate payments for billing – one for abortion services, and another for the rest of the plan.

People now have fewer healthcare plans, fewer pro-life options, and more taxpayer funding for abortion-on-demand. Americans have made it clear abortion-on-demand is not healthcare and their taxpayer dollars should never fund it. Congress still has work to do to enforce the Hyde Amendment and disentangle taxpayers from the abortion industry.