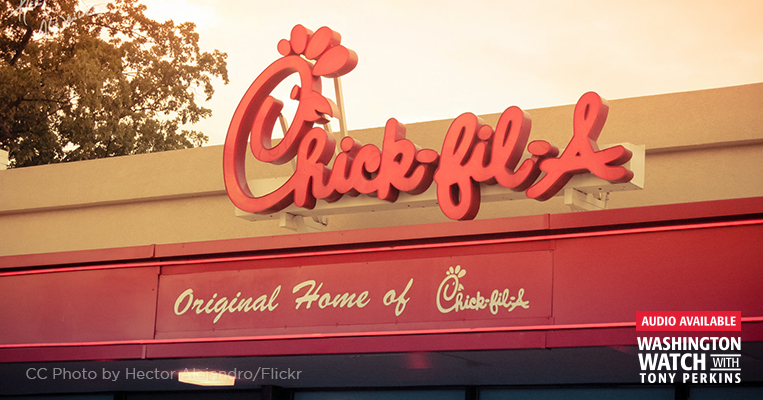 If the last 24 hours have proven anything about Chick-fil-A, it's this: It was never about the chicken. For millions of Americans, there was a much deeper significance behind every decision to pull in the parking lot and walk through those doors. It wasn't about the menu. It wasn't even about the service. It was that every time someone ate there, they were making a cultural statement. Chick-fil-A was a business, yes. But it was also a giant rebuttal of everything the bullies stood for. Until it wasn't.

Maybe that's why people are in such denial. They don't want to believe that the place where they felt at home, the place they'd put on a pedestal and invested so much personal capital, betrayed them. Deep down, I think we all want to explain away Chick-fil-A's decision. It's a lot easier than the alternative, which is accepting and grieving the fact that this company -- a brave holdout for so many years -- is running away from the people and principles that made them who they are.

Pushing that under the rug may feel better in the short-term, but it's not an option for anyone who understands the long-term implications of waving a white flag on God's truth. For us, this isn't a gray area. The decision to desert these groups is a radical departure from biblical teaching. Now, some of you might argue that walking away from the Salvation Army or Fellowship of Christian Athletes isn't an endorsement of an LGBT agenda. But it is exactly that. And here's why. Chick-fil-A didn't just switch their giving practices, they broadcasted it. They made a conscious choice to draw attention to this very public divorce from two Bible-believing charities. And then, in a calculated move, announced their support was going to an organization that, on its website, openly and proudly supports everything about the LGBT community.

"Their defense is that they haven't changed anything," Governor Mike Huckabee told listeners on Tuesday's "Washington Watch," but, "I'm just going to be blunt," he said. "That's not honest. Because when you turn from Salvation Army and you go to organizations like Covenant House, you've made a big statement about who you want your friends to be, who you are willing to affiliate with, and what your priorities are." This isn't about loving and serving the people who identify as LGBT, which the Salvation Army has done -- and we're all called to do. This is about affirming the LGBT identity and the politics that go with it. Those are two very different things. As Christians, we're called to love -- not affirm. God didn't celebrate our sin, He loved us enough to save us from it. And that's the difference here.

Romans 12 warns us not to "conform to the pattern of this world -- but be transformed by the renewing of your mind." This kind of capitulation doesn't happen overnight. It's a slow and gradual erosion. When Jesus told us to pick up our cross and follow Him, He said "daily." That's a struggle for anyone, let alone Christians under constant attack. Standing for truth in the face of withering criticism isn't easy, especially not for one of the biggest targets of the Left. I'm sure the executives at Chick-fil-A were sick of being ostracized by the rest of the corporate class. "I would bet money," Rod Dreher wrote, "that this is not about markets, but about its executive leadership class getting tired of... being stink-eyed by fellow rich and upper middle-class peers..."

But the road to man's acceptance is always paved with compromise. "Chick-fil-A made a huge mistake thinking they can appease these people," Mike said, "because they can't." "You and I both know -- because we've been in this battle now for a long time... the Left [will never be] satisfied until we're completely out of business. And if Chick-fil-A believes that the Left is now going to start patronizing Chick-fil-A and saying wonderful things about them, they've got to be kidding. It's not going to happen." Sometimes it takes learning this lesson the hard way: When Christians put the praise of man over the glory of God, they earn neither -- and hurt a whole lot of people in the process.

Of course, one of the saddest parts of this is that Chick-fil-A didn't just compromise their witness. They dragged thousands of godly men and women into the pit with them -- owners, employees, and franchisees who never signed up for this. They're the ones the company abandoned.

"I think a lot of the managers of local Chick-fil-A are also deeply hurt, because these are good people," Mike said somberly. "They have to work really hard to be a manager of a Chick-fil-A... They have an opportunity to do well financially if they manage one effectively. But most of the time they're very committed Christian people who really buy into the philosophy of Mr. Truett Cathy, the founder... who built his business unapologetically on Christian principles. He served everyone [and always] said, 'We'll take any customer, and we'll treat them with dignity and respect.' And they've done that. But I don't think he would have surrendered."

It's called the narrow road for a reason. Only a few find it, Scripture says. And maybe Chick-fil-A will find it again. As believers, we can pray that management sees the light and returns to the values that inspired us. But it takes courage in this culture to own up to a mistake of this magnitude. Courage I'm not sure the leadership at Chick-fil-A has. 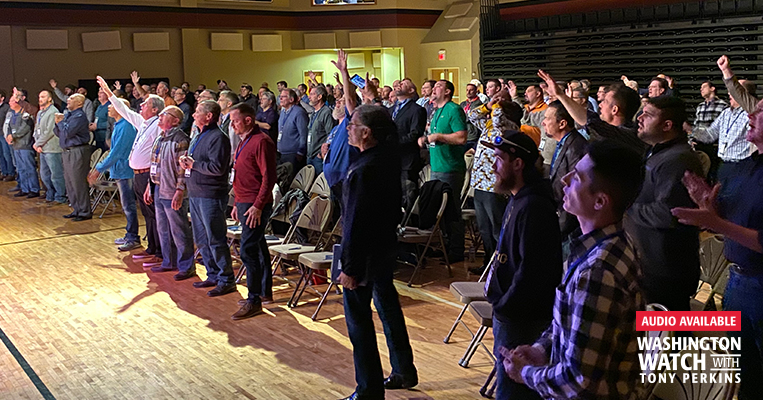 Delivering the Male from Cultural Confusion
NEXT 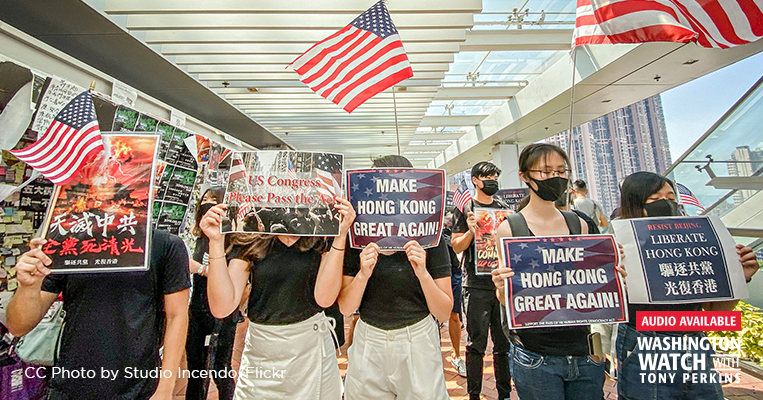