To Teach His Own: The Rise of Homeschooling 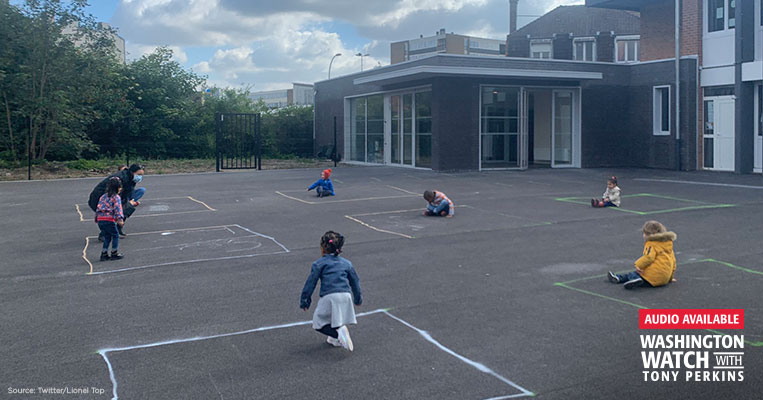 It didn't look like recess. It looked like an elementary school jail. Instead of carefree children running around outside, the images from French journalists are almost tragic: little boys and girls, each sitting glumly in their own chalk-outlined box. To some parents, it was a sobering picture of what public education might look like in the fall. But to millions of others, it was confirmation -- the time to homeschool is now.

There's very little about life that the coronavirus hasn't changed. For everyone in the world, it's been a transformative time -- but for parents of school-aged children, it's been especially disruptive. And while having these routines turned upside down has been challenging, it's not necessarily been negative. Moms and dads have had a chance to look at the traditional learning model and consider: is this really the best option for our kids? For all the frustrations about being stuck at home, it's finally forcing parents who might never have thought about public school alternatives to take stock of what their children are being taught and how well they're performing.

And guess what? The longer this goes on, the more parents seem convinced that at-home learning is better. In at least three new polls, anywhere from 15-40 percent of families say they're ready to make the switch to homeschooling after the lockdown is over. Now, maybe that's health driven, Mike Donnelly, senior counsel at Home School Legal Defense Association (HSLDA) says, or maybe families have really started to embrace the flexibility and autonomy of learning at home. Either way, he told Sarah Perry on "Washington Watch," America could be looking at a "500 percent increase in the number of people homeschooling in the fall, which could top 10 million kids." The numbers, he agrees, "are stunning."

For a lot of parents, the uncertainty about what the school setting could look like in the fall is concerning. They've been told things are about to get more complicated with block schedules or half-days on, half-days off. "Add that to the mandatory sanitizing every 30 seconds," Mike points out, and it's all just a headache waiting to happen. It's all helping to drive surveys like RealClear Opinion Research, where the swell of people who support educational choice is exploding across every demographic.

Of the 40 percent of families who said they'd be more likely to homeschool or virtual school after the country re-opened, a slim majority -- believe it or not -- were Democrats. A lot of people, Mike agrees, have mistakenly thought of homeschooling as a "traditionally conservative model." But that hasn't been the case for a long time. If anything, school choice is becoming a more unifying issue. In this same poll, almost 60 percent of Democrats sided with Republicans in their overwhelming support of school choice. Asked if the consensus surprised him, Mike responded, "maybe a little bit."

"What we found over the years is that the homeschooling movement has diversified broadly. It's diversifying across income, ethnicity, philosophical [and] religious beliefs. You're seeing a transformation happening in this coronavirus. It seems like it's accelerating [the support]. And we're excited about that. I know that... there are people struggling for a lot of reasons right now... But, you know, this is a time when families can come together and become families. And I'm seeing that even with my own homeschool family, we're together a lot more than we ever have been."

Over the years, there've been a lot of misconceptions about homeschooling that HSLDA is trying to debunk. Before the pandemic, Mike points out, most people thought homeschooling was just about that: staying home. "That's just not true. We're as busy -- maybe busier -- than others." There's a whole three-dimensional level of learning with co-ops, outdoor activities, sports, and field trips that he hopes people will begin to see as part of the homeschool platform once some of the restrictions are lifted. Add that to the ability to control the messaging on hot-button topics like sex ed, biology, gender, creation, and sexuality, and it's no wonder homeschooling is winning every popularity contest.

For the far-Left, who's desperately trying to keep kids in the grip of their radical curriculum, the surge in homeschooling is their worst-case scenario. They know as well as we do: the future of the liberal agenda depends on generations of children living under the daily drumbeat of extreme indoctrination. "Public education remains the single biggest monopoly in America," Cal Thomas warns. At least in this sense, the rise of homeschooling, "the coronavirus might be a blessing in disguise." 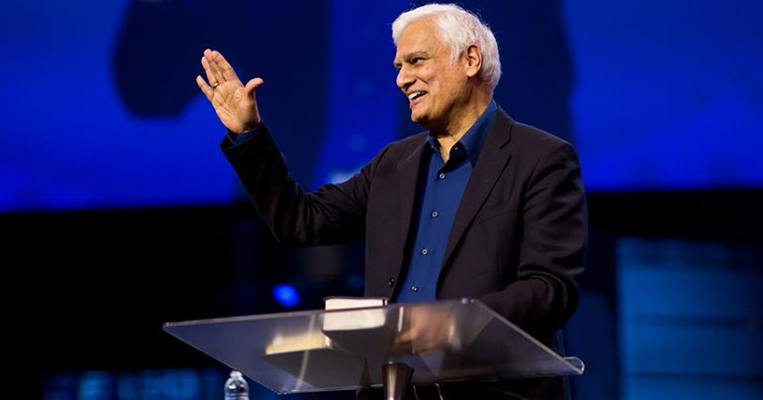 'Because I Live, You Also Will Live'
NEXT 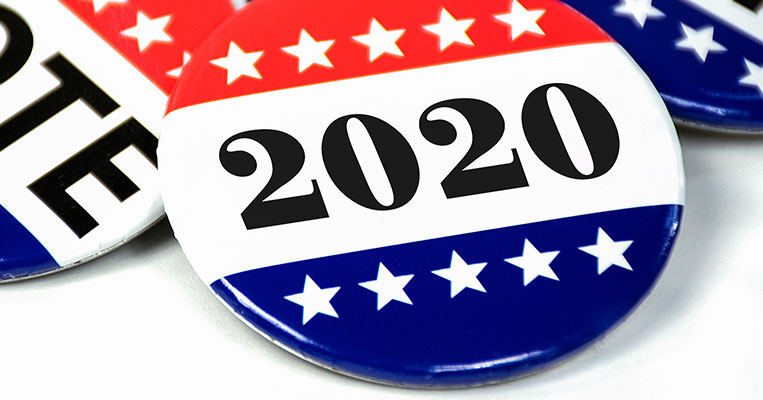