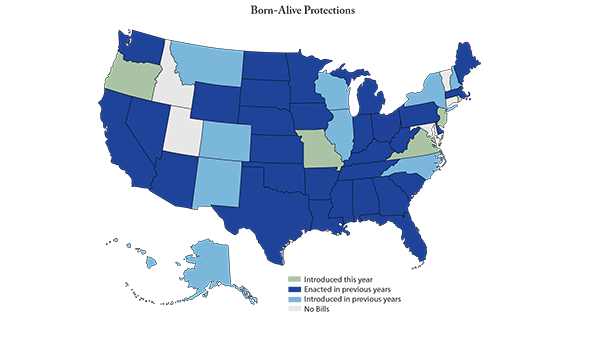 Family Research Council strongly supports Born-Alive Abortion Survivors Protection Acts, legislation that ensures that infants who survive abortion receive the same standard of medical care that would be rendered to any other newborn.

The fact that abortion survivors exist is becoming much more widely known. As of 2021, at least 215 infants in six states are known to have been born alive following an abortion attempt. As of 2022, only ten states require any sort of reporting of these cases and not all share the collected data publicly. Therefore, concrete statistics are difficult to find, but anecdotal evidence (such as the trial of infamous abortionists Kermit Gosnell, the undercover video expose of Planned Parenthood, and the callous argument of Virginia Governor Ralph Northam) suggests that the actual number of abortion survivors in the United States is likely much higher.