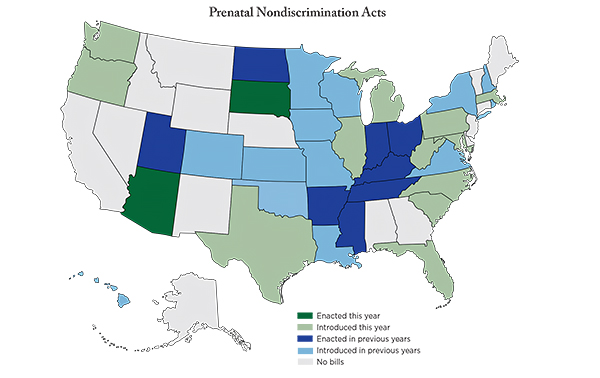 Family Research Council recommends and supports prenatal nondiscrimination acts (PRENDAs). Although modern scientific advancements, such as genetic testing and ultrasounds, have made it easier to heal various medical conditions afflicting unborn children and emerging technologies, such as noninvasive prenatal testing, have made it possible to identify an unborn child’s sex earlier than ever before, these developments have also increased the potential for discriminatory abortions. To prevent such injustices from happening, many state legislatures have passed PRENDAs, which prohibit abortions sought on account of an inherent characteristic or prenatal diagnosis. PRENDAs are a commonsense means of promoting a culture in which all human life is valued.