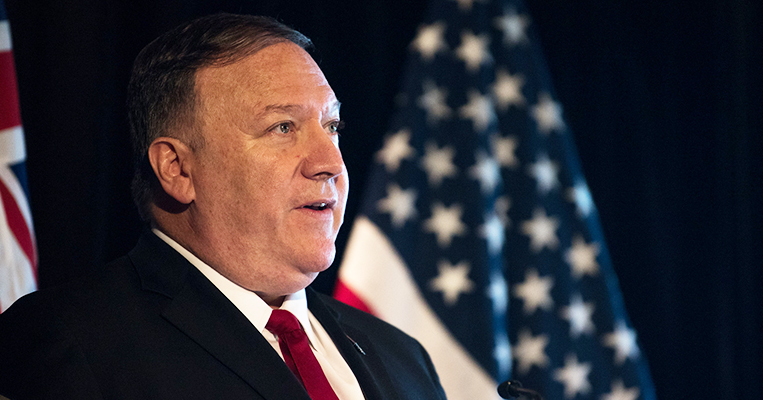 Mike Pompeo is a West Point grad, a Harvard Law alum, businessman, former congressman, and -- apparently -- prophet. When the secretary of state mixed things up with a speech to the American Association of Christian Counselors earlier this month, he said the media "would break out the pitchforks" when they found out he asks God "for direction in [his] work." He was right.

It's been a year and a half since Pompeo was confirmed (longer since his vote to head up the CIA), and somehow, it's still breaking news that the Kansan is a Christian. Surely, by now, some of the shock should have worn off that President Trump hasn't just hired men and women who talk about their faith -- but men and women who live by it. And yet, every time a member of the cabinet or the president's inner circle talks about God, the media's surprise seems brand new.

Of course, last week was a rough one for the secular crowd. Not only did Secretary Pompeo talk about the importance of being a Christian leader, but you had Attorney General William Barr giving the most powerful defense of religious liberty in a generation -- followed by the president at VVS, talking about our rights coming from God. It's enough to give Americans United for the Separation of Church and State a heart attack (as their red-alarm twitter post suggests).

!Saturday: President Trump declared that Americans will 'forever and always' believe in 'the eternal glory of God'

It's the far-Left's worst nightmare. Incapable of spooking these leaders into silence, all the media can do is complain. USA Today griped that the State Department had posted Pompeo's speech online, a grave offense in the paper's mind since the secretary had uttered the words "Christian" and "leader" in the same sentence. Pompeo shouldn't be a Christian leader, his detractors argued, he should be an Americanleader. But who says he can't be both?

The Secular Coalition of America, for one. "To be clear, we don't judge Secretary Pompeo for being a Christian or for connecting what he's achieved to his faith, but it's unacceptable and a violation of separation of church and state for him to take those beliefs and apply them to policy that affects the American public." Well, guess what? There isn't a person on earth who isn't guided their beliefs. Mike's happen to be rooted in Scripture; like many Americans. That doesn't disqualify him from his job -- in many ways, it makes him more qualified for it.

If the radical activists in this country actually listened to the attorney general's speech at Notre Dame, they'd understand that men like Pompeo are only fulfilling the Founders' vision: that free government is only suitable and sustainable for a religious people. "A people who recognized that there was a transcendent moral order [before] both state and man-made law." The brilliant minds who are responsible for our Constitution (and the longest lasting republic on earth) believed a Judeo-Christian system was the only way to promote true discipline.

Now, more than 230 years later, the assaults on that system are fierce. "The problem," Barr pointed out, is not that religion is being forced on others. The problem is that irreligion and secular values are being forced on people of faith." After eight years of an administration that didn't just marginalize faith, but punished it, it's no wonder the far-Left has trouble coming to grips with Obama's successor. As one insider joked, "President Trump may not be a Sunday school teacher, but he sure knows how to hire them." Thanks to that, Americans are starting to see the pendulum of policies start to swing back to what the Framers intended. We all benefit -- nonbelievers included -- from leaders like Mike Pompeo who "keep a Bible open on [their] desk[s]." It's what motivates them to seek wisdom, help the hurting, and serve America.

Personnel is policy, the old adage goes. Under this president, we're grateful for both. 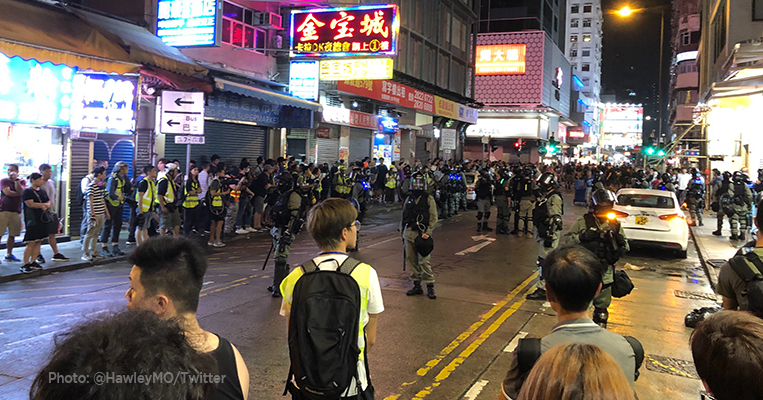 Tension Rising in Hong Kong
NEXT 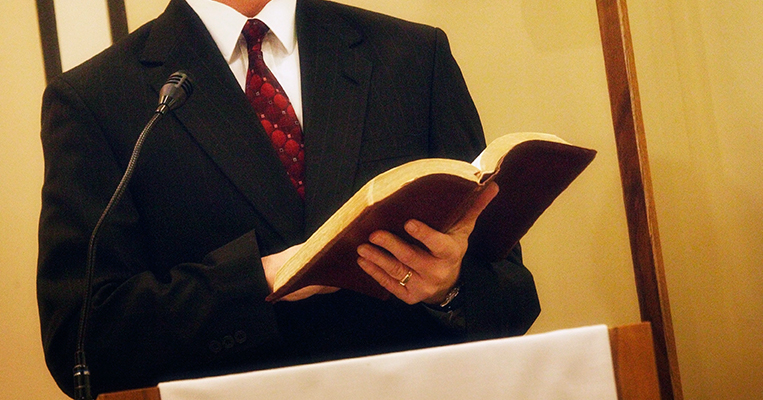 Not Even Sermons Are Safe Anymore