Posing as an 11-Year-Old Online: The Scary Things One Mom Learned 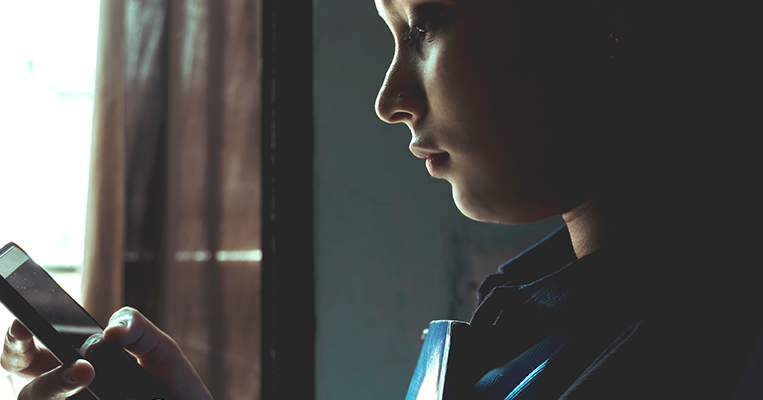 “When parents think about predators, they think about someone tossing their kid in a trunk and driving off. They don’t think about the unseen abuse that happens online,” Sloane Ryan lamented at the table where they were working. “What if we just set up fake accounts ourselves to demonstrate to parents what can happen online?” her friend, Brian, asked. “I raised both eyebrows at the idea. Waited a beat to see if he was joking. He wasn’t.”

That was how one 37-year-old mom embarked on a months-long journey to show parents the dangerous and deadly place the internet was becoming for kids. They came across a “a particularly harrowing case” of an online predator who’d abused a 12-year-old girl in middle school. This man was “grooming her,” as they call it, through her school email account, “coercing her to send videos of herself performing sexual acts. We knew people like him were out there, but it floored us to see how quickly and deftly he was able to manipulate this child.” Together, they resolved to stop it.

Sloane started posing—as 15-year-old Libby and 16-year-old Kait and 14-year-old Ava. “I’ve been a studious sophomore contemplating bangs and a lacrosse player being raised by her aunt and an excitable junior eager for prom,” she writes. But it’s the 11-year-old she pretended to be—and the men who came after her—that sickens her most. She describes uploading the picture on Instagram and waiting quietly with the team in the room for what she knows will follow.

“This part never takes long. It’s always unnervingly fast… Two new messages came in under a minute after publishing a photo. We sat mouths agape as the numbers pinged up on the screen—two, three, seven, 15 messages from adult men over the course of two hours. Half of them could be charged with transfer of obscene content to a minor.” She describes sitting with her head in her hands. “Nine months of this, and we still continue to be stunned by the breadth of cruelty and perversion we see. I imagine this trend will continue tonight.”

The “we” is Bark, a company tracking—at least in this case—targeting by sexual predators. In 2018, Sloane explains, the organization worked with law enforcement to report 99 predators to the FBI. This year, it’s triple that. “Each of these cases,” she explains, “represents a real child experiencing real harm, and our challenge is to help parents and schools understand this new reality. But how do we tell stories without asking families to divulge too much? How do we explain online grooming to a generation who didn’t grow up with this danger? Numbers, though informative, are abstract and easy to gloss over.”

These responses, she knows as a mom, are impossible to ignore. Suddenly, men are flooding the new “11-year-old’s” account, asking for “sexy pictures” or talking a lot more explicitly—so explicitly, in fact, that most parents would be nauseated just reading the texts. She takes video calls, posing in a dark room, text chats, fields requests for nude pictures. “‘Baby.’ they keep calling her ‘baby’ without an ounce of irony.” In that one week, 52 men contacted “Bailey.” “We sit with that stat as we soberly shut down the TV and the camcorder,” she writes, and get ready to send compile the information for their law enforcement contacts.

“The work—while not necessarily physical—is emotionally taxing,” Sloane writes. “Most of us on the team have kids, some of them the same age as the personas I play. It hits too close to home, but you don’t have to be a parent to be devastated by the predation of society’s most vulnerable.” The payoff, she explains, is knowing more moms and dads will read about her work and understand the “brutal reality”—that “a predator doesn’t have to be in the same room, building, or even country to abuse a child.” She thinks about her kids and her coworkers’ kids. “About my own self decades ago as a young, uncertain, impressionable tween and then teen… How I would have been a silent victim. How I don’t want that for any other kid—my own or anyone else’s.”

Evil isn’t passive. It doesn’t stand still. Scripture talks about the devil walking about as a “roaring lion… seeking whom he may devour.” And if evil isn’t passive, parents can’t afford to be. At Christmas, especially, when moms and dads are out buying tablets and laptops and cell phones, it’s so important that we recognize the world that’s at our children’s fingertips. It’s a world filled with possibilities, certainly—but it’s a doorway to danger too.

At home, Sloane’s daughter asks her about a saying she’s reading. “‘Mom,’ she looks at me, pencil poised in the air, ‘Do you agree that ignorance is bliss?’ I rinse my hands off and dry them with a dishtowel… ‘No, honey. I don’t agree with that,’ I say resolutely, pulling up a chair next to her. ‘Knowledge is a gift,’ she says.” And in the hands of parents like her, that gift just might save a little girl’s life. Take the time to understand the social media world, parental controls, and how to protect your children. Start by reading Sloane’s story. Then check out FRC’s blog post, “How to Talk to Kids about Pornography: Three Easy Steps.” 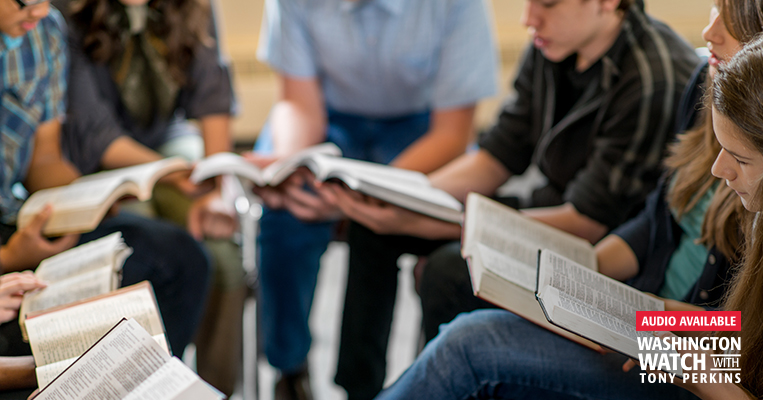 Tired of Christians Being Harassed? Join the Club!
NEXT 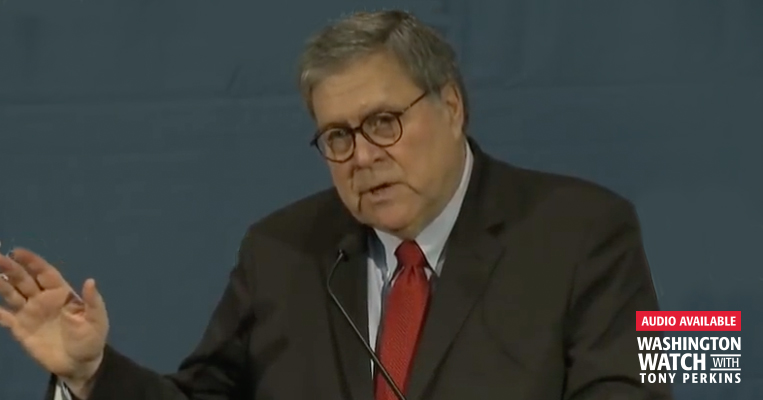 Returning to the Obscene of the Crime