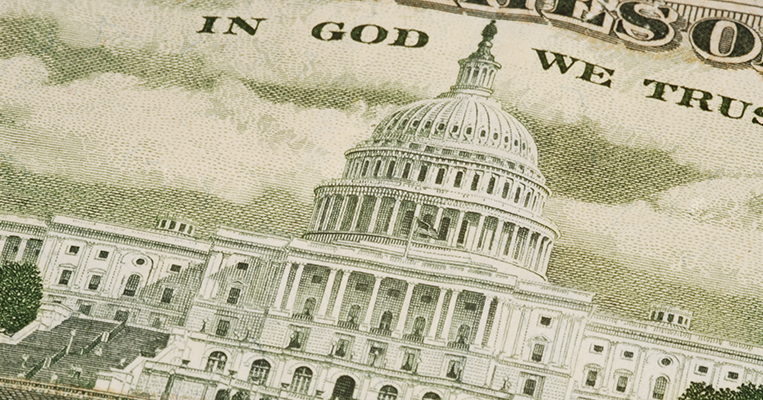 Earlier this year, it only took the new Democrat majority in the House of Representatives one day into the 116th Congress before they began to pick a fight over longstanding pro-life and pro-family policies in the annual appropriations process. In a move to reopen the government after a 35-day partial shutdown, Appropriations Chairwomen Nita Lowey (D-N.Y.) introduced a funding bill with language to repeal President Trump's Mexico City Policy, which prohibits taxpayer funding for abortion providers overseas. This move was just the beginning of a year-long battle to maintain what are known as values provisions (defending life, family, and religious liberty) in the funding bills under the new divided government.

The Trump administration foresaw this impending battle. With the support of 169 House members and 49 senators, President Trump issued a letter to Speaker Pelosi threatening to veto any funding bill that would weaken his current pro-life policy. But even with this strong warning from the president, when the time came to begin working on 2020 appropriations bills, House Democrats did not delay in directly attacking pro-life and pro-family policies. The House-passed versions of the many appropriations bills included radical provisions to allow funding for abortions in D.C., provide illegal immigrants a loophole to escape lawful deportation by claiming to be to lesbian, gay, bisexual, or transgender, and prohibit the government from enforcing federal law in states that have legalized marijuana. House Democrats cannot stand the great work of the Trump administration on the values issues -- they even added language to block implementation of the new Title X family Planning Rule, the Conscience Protection Rule, and the president's new military transgender policy.

While most of our work defending values issues was confined to the House, there were some issues that needed to be addressed in the Senate. Even an agreement last summer between leaders of both parties to not include "poison pill" policy changes in this year's appropriations bills did not preclude Democrats from trying to subvert protections for life and religious freedom. Shortly thereafter, Senator Jeanne Shaheen (D-N.H.) was able to sneak language into the State and Foreign Operations appropriations bill that would increase funding for organizations that promote abortion overseas and codify an Obama-era religious freedom-violating SOGI policy in an effort to exclude faith based organizations from contracting with the United States abroad. The "Shaheen Amendment" became quite a controversy over the past several months, and because the Democrats cannot help but push harmful, ideological policies, it threatened to derail the entire process and potentially lead to another government shutdown.

Fortunately, during the final negotiations between the House and Senate, Leader McConnell and McCarthy as well as Senate Appropriations Chairman Richard Shelby (R-Ala.) and House Ranking Member Kay Granger (R-Texas) used their leverage to ensure that the values provisions were protected in the final appropriations bills Congress passed this week. But this would not have been possible without the tireless work by many staffers from the pro-life caucuses and the Values Action Team, along with other values issues allies, to alert members of Congress and senators to the numerous issues littered throughout the appropriations bills. Throughout it all, the White House and Office of Management and Budget continued to hold the line to ensure that pro-life, pro-family, and pro-religious freedom polices were not sacrificed for other Republican priorities in these bills during negotiations.

This year's appropriations process shows that even in a divided Congress, a unified voice on values issues can effectively protect these priorities in the legislative process. All who took part in this coalition and the political leaders who took up the cause deserve to hear: Job well done!

As we move into the next year, let us continue to push for further advancement of the pro-life, pro-family, and pro-religious freedom policies that we all care about. 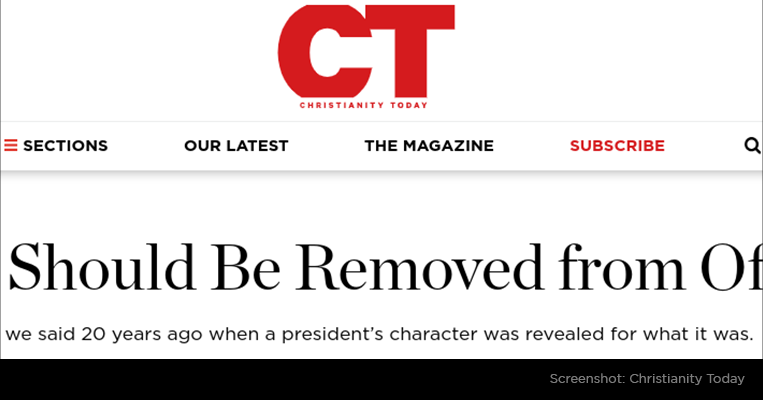 Christianity Today Impeaches Its Credibility
NEXT 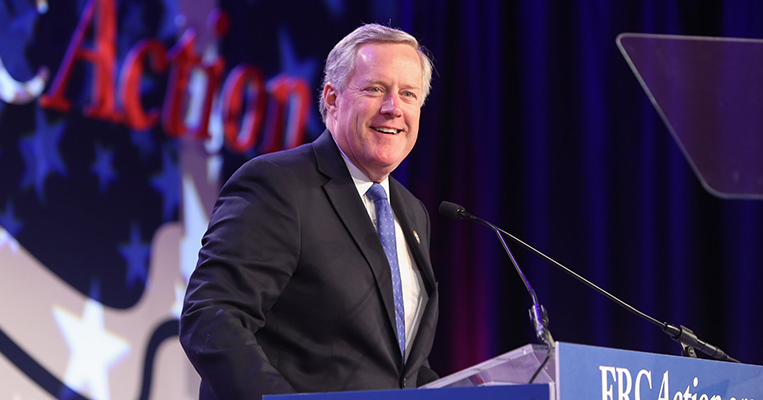 Mark Meadows: A Statesman of Character