Marines' Tag of War over Faith 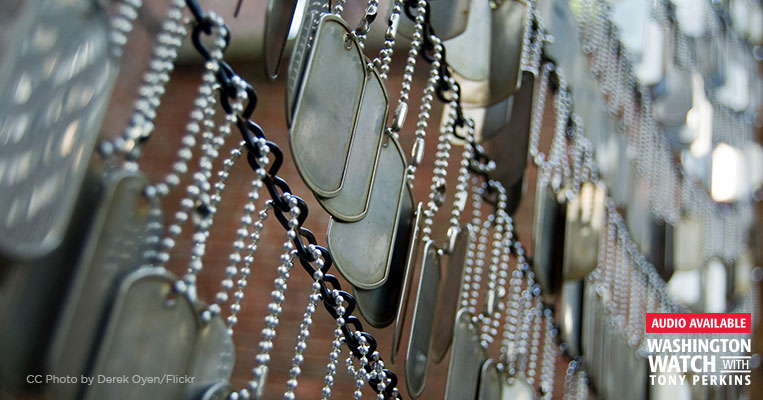 Her son, Sgt. Cole Wixom, was killed on duty -- almost one year ago today. His body was flown home to Michigan a week later, but along the way, his mom says, someone gave the soldier accompanying his remains a dog tag with a Bible verse on it. In a letter, she tells Kenny Vaughan, the founder of Shields of Strength, that she's "worn it ever since, along with the dog tag that was attached to his coffin. I can barely see the writing anymore. It's tarnished, but I know what it says. It says, 'I will be strong and courageous. I will not be afraid. I will not be discouraged.' You have no idea," the grieving mom said, "what this little piece of metal has meant to me...'"

Cole had just turned 24. Like a lot of families, the news that he'd died came as a complete shock. Robyn never expected that when her son flew out for training, she'd never see him again. This "little piece of metal," as she called it, is one of the few comforts she's had. But if the activists at the Military Religious Freedom Foundation (MRFF), other moms won't have that same consolation. The activists there are desperately fighting to destroy the partnership between Shields of Strength and the military -- one branch at a time.

The Army was first, announcing late last year that it was pulling its emblem from Kenny Vaughan's products. As stunning as the news was -- "They had asked us to do it!" Kenny said -- the idea that the Marine Corps would follow suit was just as astounding. And yet, that's exactly what the trademark office did after MRFF complained this year that the tags had "poison[ed] the constitutionally mandated separation of Church and State."

"Denying our troops a source of inspiration, hope, and encouragement simply because it contains a religious message is an outrage," Michael Berry, First Liberty's Chief of Staff, argued. Especially since, as we pointed out when the Army withdrew its support, this isn't being paid for by government dollars. It's simply a nonprofit using the trademark license approval it's been granted to print the Army emblem. So what grounds does MFRF have to say these can't be produced and voluntarily worn by our military? According to First Liberty, none.

These questions, he explained on "Washington Watch" Friday, "are typically run by what we would all affectionately refer to as government bureaucrats in the bowels of the Pentagon. So I want to make sure our listeners know these are not uniformed people in the military who are making these decisions. These are the suit-and-tie types that that work in the Pentagon. And... each branch... has their own their own office."

Obviously, what no one there seems to understand is that this is not an official government endorsement of religion.

"I don't think anybody who goes into a base exchange and buys one of these thinks that somehow the United States of America and its government is telling them, 'You must believe a certain thing or you must believe a certain way or have a certain religious belief' simply because they're choosing to buy [these tags] with their own money," Berry pointed out. Yet suddenly, Shields of Strength and other companies who specialize in military memorabilia are all being shut down. "It's getting really out of hand," he argued, and all because Mikey Weinstein and MRFF sent a single complaint.

And the real victims, Mike insists, are the individual Marines. Just a couple of weeks ago, Shields of Strength was contacted by a unit of about 2,000 Marines who all want these dog tags before shipping out to the Middle East. And Kenny had to tell them, "No, I'm sorry. I can't fulfill your order right now because I've [been threatened] by the Trademark Office."

At least for now, Mike says, the Army seems at least willing to work out some sort of agreement. It was a "lukewarm" response, he admitted, but better than the Marine's -- who've threatened to shut the whole operation down. To Berry (a Marine himself) and Kenny, the response is alarming. "It's frustrating that those who are fighting for our freedom can't [exercise it] simply because the military is afraid of an outside activist group," Vaughan said. "I hope the Marine Corps reverses course and restores the ability of our brave military members to own a Shield of Strength." 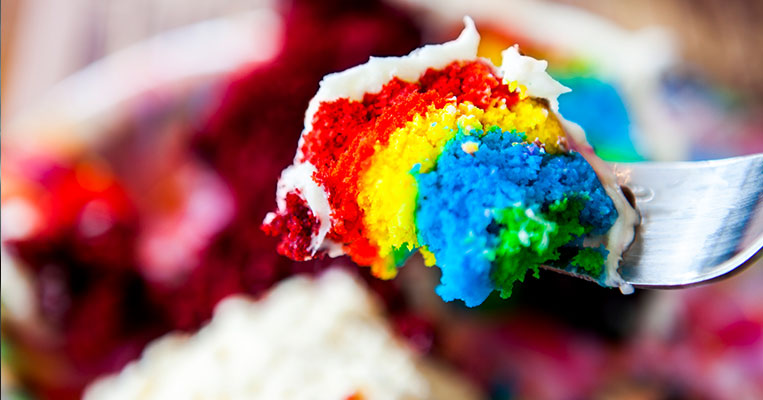 Rainbow Cake Cuts Both Ways for Louisville Teen
NEXT 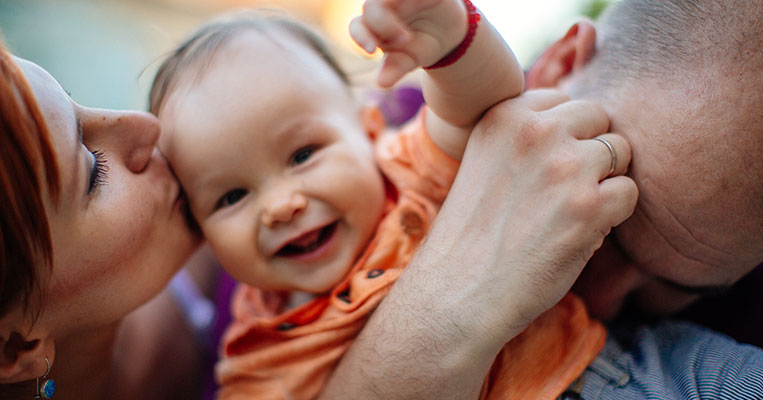 The Lee Way on Adoption