While lots of Americans are hunkered down at home, the U.S. Senate is holed up in its offices -- waiting for a crack at the House's coronavirus bill. And while there's a lot of uncertainty about what's actually in the package, Republican leaders won't have to contend with at least one thing: abortion funding.

The version that passed Speaker Nancy Pelosi's (D-Calif.) chamber in the wee hours of Saturday morning wasn't what the House majority was hoping for. After word leaked out that Democrats had tried to tack on a secret slush fund for abortion, even MSNBC couldn't hide its shock. "What does that have to do with COVID-19?" host Joy Reid asked. What indeed, Senator Ben Sasse (R-Nebr.) argued. With schools closing and most every gathering postponed, he couldn't believe that Pelosi's priority was getting more money in the hands of people who take life, not treat it. "Speaker Pelosi should be fighting the coronavirus pandemic, not politicizing emergency funding by fighting against the bipartisan Hyde Amendment," he insisted. "We need to be ramping up our diagnostic testing, not waging culture wars at the behest of Planned Parenthood. Good grief."

When the White House got wind of the Democrats' plan, President Trump wasted no time warning House leaders what would happen to the bill if it got to him with that language: Absolutely nothing. Keeping a promise he made at the March for Life in 2019, the administration made it crystal clear that he wouldn't allow Pelosi to hijack the crisis with her radical plans to overthrow the Hyde amendment. Emergency or no emergency. "As the House conducts its business," the president wrote in a shot across the bow last January, "I urge that it respect and continue these other important pro-life protections... I will veto any legislation that weakens current pro-life federal policies or laws -- or that encourages the destruction of innocent human life at any stage."

The pressure worked. By the time the House voted, the language that would have compromised the Hyde amendment was gone. In an interview on "Washington Watch" last Friday, Rep. Andy Biggs (R-Ariz.) cheered the administration's stand but warned that Congress still isn't out of the woods yet. "They removed the anti-Hyde amendment provision. So we got that back and protected the unborn, at least... [But] we have to be vigilant -- that's for sure... [There are] provisions that have nothing to do with the coronavirus basically being thrown into this thing. And that's just par for the course for the activist Left."

Like a lot of Republicans, he also urged caution on a bill of this magnitude. "It's a far-reaching and expansive and bill on spending," Congressman Biggs explained, and although both chambers are doing their best to work quickly, there are still very serious legislative landmines. "Panic is no friend to sound policymaking," NRO pointed out. As important as it is to combat the virus, it's just as important to make sure America isn't ravaged by Congress's solutions. Right now, neither side of the aisle can even put a price tag on the bill -- because no one can predict how widespread the pandemic will be.

"Most of the measures in this [plan] are something that the senators support," Senator Tom Cotton (R-Ark.) agreed. But there are concerns just the same -- for small businesses, certainly, and the U.S. deficit. "Many of the 40 House Republicans who opposed the measure Saturday morning complained that they only had a few minutes to read the bill text," Fox News's Chad Pegram writes. "And, to this point, no one truly knows the cost of the measure. It's anywhere from tens of billions of dollars to the hundreds of billions of dollars." For Congress, it's a delicate balance. As much as everyone wants to help the economy, conservatives understand: we can't afford to create more permanent spending programs and entitlements.

Hopefully, a number of these concerns will be sorted out by the Republican Senate, where Majority Leader Mitch McConnell (R-Ky.) has promised to work quickly but thoughtfully. In the end, Senator Ron Johnson (R-Wisc.) advised, Congress needs to "approach this with a level head and pass a bill that does more good than harm." It would be better to pass nothing, he said, than to rush through anything that could haunt us later on. A New Day for Freedom in Sudan?
NEXT 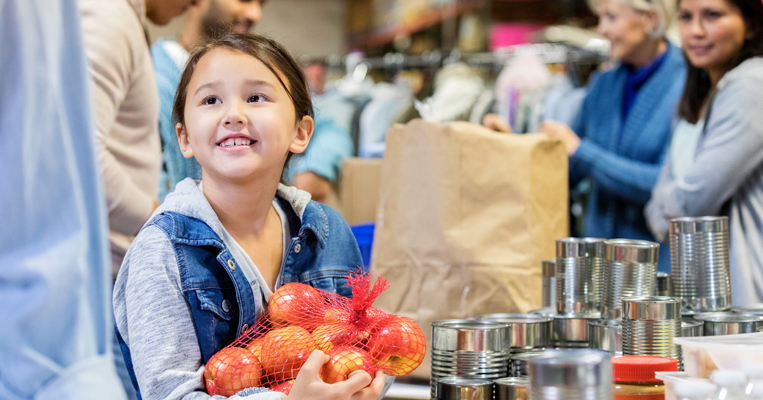 Feed the Need: Churches on the Front Lines of Virus Response