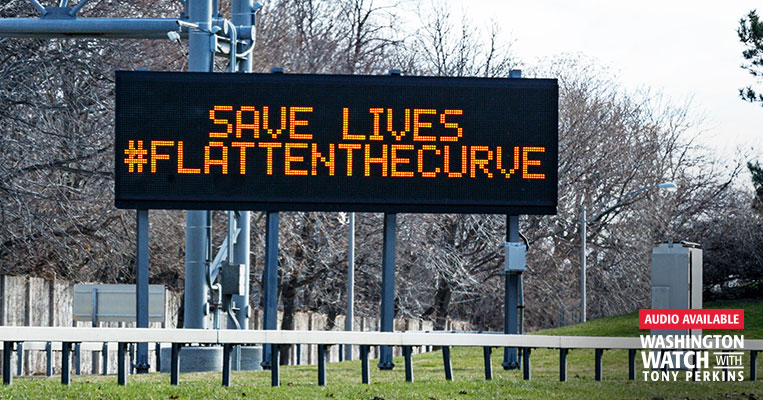 It wasn't the message Americans were hoping to hear. "The surge is coming," President Trump warned, "and it's coming pretty strong." He paused, thinking about the doctors and nurses he'd watched walking into hospitals that morning. "It's like military people going... into battle," he said soberly. And it's up to each one of us to determine who wins.

From the front lines, doctors and nurses still can't believe what they're seeing. The virus, they say, is like science fiction. In the Bronx, Christina Norstein has almost lost her voice -- the result of long, exhausting shifts and a few crying spells at night. Like a lot of nurses, her nose is swollen by mask marks. What scares her, she tells the Wall Street Journal reporters, is how sick people get so fast -- how quickly the virus ravages the body's systems and leaves them listless within hours, or worse. "It's like the Hunger Games," another nurse said. "You don't even know your enemy." But they're doing their part -- and they hope we'll do ours.

HHS Secretary Alex Azar knows what they're asking isn't easy. "I'm the health secretary, and I'll tell you, for me and my family, it's very difficult," he admitted on "Washington Watch." "So I just want your listeners to know that the president [and everyone in the White House] appreciates that this is... a call for shared sacrifice. People are changing the day-to-day routine of their lives." Certainly, he went on, these are "challenging, challenging times. But they matter a great deal because the actions that you're taking [by staying at home and keeping a distance] protect you. They protect your family members. They protect your community... In a time of uncertainty, we can all do our part."

One of the toughest parts about this virus, as we've heard from so many people in the health community, is just how many unknowns there are. "This can be something of a silent virus," the secretary explained, and that's what makes it so difficult to tackle. But, as the administration engages other countries and pours over the data, they are, as Azar said, "learning every day." And with that learning comes adjustment. "The president's 15 days to slow the spread [was] critical. It gave us those 15 days. But for us to actually see bending of the curve... we need to unfortunately continue those types of social distancing community mitigation behaviors longer." Azar pointed to the very stressful situations in New York, Chicago, New Orleans, and Florida. Infections are climbing, and now, he insisted, "would just not be the right time to let our feet up off the brakes."

The same goes for churches. We've seen the catastrophic effects of even a single choir practice, and as a handful of pastors stubbornly insist on meeting -- and putting entire populations at risk -- it's no wonder that government officials are at their wits end trying to control and contain the damage. Now, that isn't to say that mayors like Bill de Blasio have a right to abuse that power in a time of crisis. When he threatened to close down New York City churches and synagogues permanently if they didn't comply, he crossed a very bright line.

Look, Assistant Attorney General Eric Drieband said Tuesday, in the case of a pandemic, there are "reasonable limitations" the government can put on gatherings including religious gatherings for health reasons. "[But] the notion of permanently closing a house of worship is quite troubling. This crisis will pass, and when it does, we can expect people will be free, as they always have been in our country, to gather together and practice their faith -- including in houses of worship." And if government officials like de Blasio went through with this campaign of intimidation, the Justice Department would have something to say about it.

"We take such complaints very seriously," Eric warned, "and would investigate and take appropriate action." In fact, he said, just "Google 'place to worship initiative' for instructions on how to file a complaint." But remember, "general orders by governors or mayors to restrict gatherings can be lawful." Where the trouble comes in, he explains, is if the government treats religious institutions or people differently. "But as long as these restrictions are applied uniformly across the board to, say, movie theaters and restaurants, they can also be extended to houses of worship as well."

In a situation as lethal as this, there comes a time when we have to put the health and safety of our neighbors first. That doesn't mean we give up our freedom, but it does mean sacrificing our routines for the greater good. It may be painful now, but if inconveniencing our lives for a few weeks can save others? It's worth it. 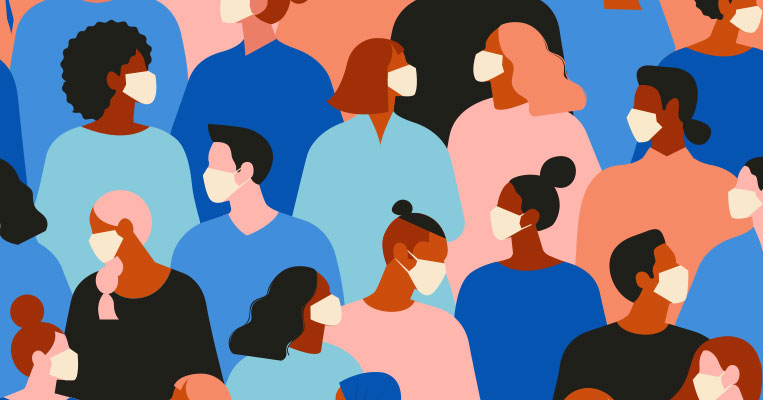 What to Expect When You Can't Expect Anything...
NEXT 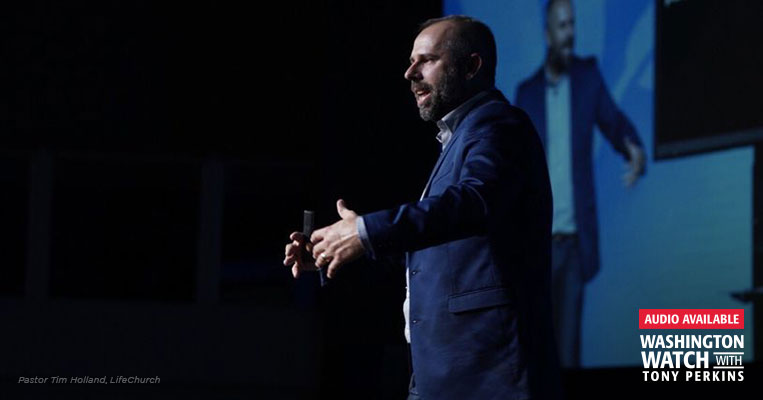