The Sacramento King Faces off with DOJ 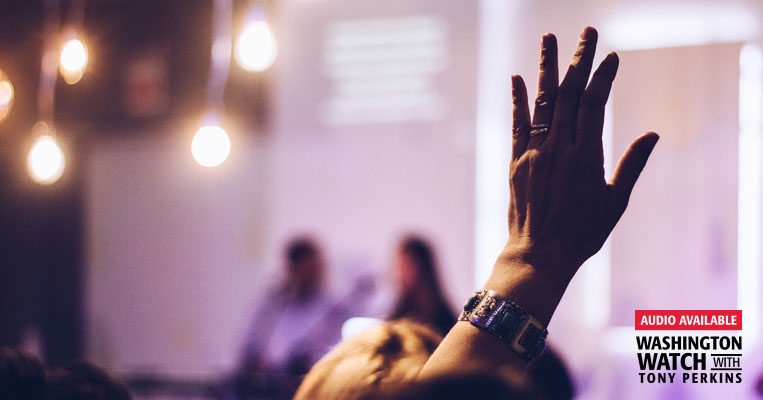 If they're protesting, at least they're courteous about it. In a show of good faith, pastors all across California aren't just determined to hold services, they're giving the government fair warning they will. In a polite but firm letter to Governor Gavin Newsom (D), thousands of pastors have let the state know that they're reopening May 31 -- whether the state likes it or not!

Like a lot of people, Pastor Jack Hibbs, of Calvary Chapel Chino Hills, says the lockdown has been the longest wait of his life. He's tired of liberals like Newsom kicking churches down the road without an answer. "[He's] rejected or refused our attempts to reach him. We sent him a letter and a video of us reopening. And [there's been] no connection whatsoever]." So, he and 2,300 pastors have signed on to move -- with, or as it looks like now, without him.

And amazingly, he has the green light from local leaders to do it. "Not only did we let them know what we were going to do, as we did with the governor, we sent them letters, or we spoke to them personally. The local governments literally said -- I'm going to quote one mayor... ''We're surprised you guys have waited and been so patient this long. We thought you're going to open up sooner.' When we heard that, we asked, 'What do you mean?' And they said, 'We need you. Our police officers go to your church. We've got judges that go to your church. We've got city managers that need the presence of the church."

What about the governor's restrictions? Simple, Jack was told: they won't enforce them. Nor should they, says the Department of Justice's Eric Dreiband. "At least as of [Tuesday]," Eric explained on "Washington Watch," "California's permitting all kinds of things -- the entertainment industry, workers who support commerce, and things of that nature -- to go forward with social distancing standards. But at the same time, California is prohibiting faith-based services, even if they adhere to social distancing standards. So this raises, for us and I think for everyone, concerns about the free exercise clause of the First Amendment."

And the DOJ said as much in an ultimatum to Newsom's administration. "Government," the attorney general's team warned, "may not impose special restrictions on religious activity that do not also apply to similar nonreligious activity... Simply put, there is no pandemic exception to the U.S. Constitution and its Bill of Rights," the letter insists.

For Dreiband's office, who's been duking it out on behalf of churches in court, California's situation is a little different. "Here," he told listeners, "What we've done is we've gone directly to the governor... We copied the attorney general of California on the letter as well. And our hope is that working with the governor and the attorney general, the other authorities in California, that they will reflect upon what we said to them and that they will agree that their reopening plan does raise these concerns about religious liberty and work with us [to] remove [those] obstacles."

Jack, like most every other pastor, isn't just committed to ministering -- he's committed to making it safe. "We're investing a huge amount of money in a special decontamination process," he explained. "We are literally covering every classroom, every office with a very, very high-tech antibiotic type of atmosphere. This is all in preparation... We've been having prayer meetings on Sunday nights. And each person or each family of six has a dot, a circle to stand within... Last Sunday, we had 1,500 people show up, and everyone was six feet apart. Cleanliness, professional cleaners, signage. Wash stations literally all over the campus. Our normal service times, we're adjusting that ...because we're scrubbing the sanctuary and facilities in between services. That's how far we're going."

He's determined, like us, that the pandemic isn't getting in the way of God's work. "[W]e all like to talk about revival, preach on and write books about it," Jack said. "But if we study revival, we're looking at what could possibly be one of the greatest revivals in American history... There's no doubt Satan has meant this pandemic to be an evil, fearful thing -- but God's going to turn it around for good. And if the church doesn't counter the narrative of fear, then who will?" 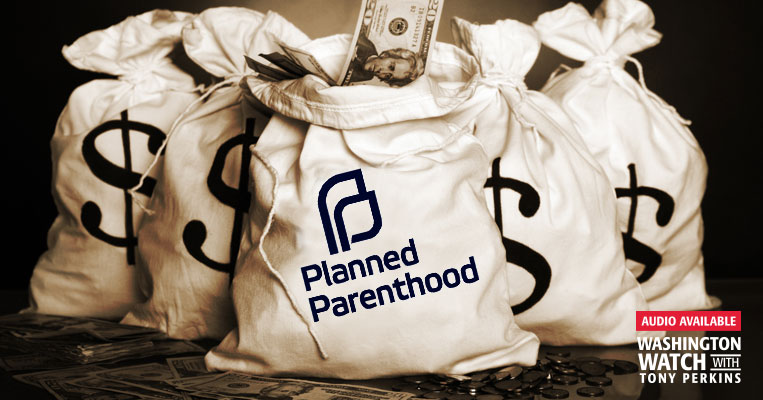 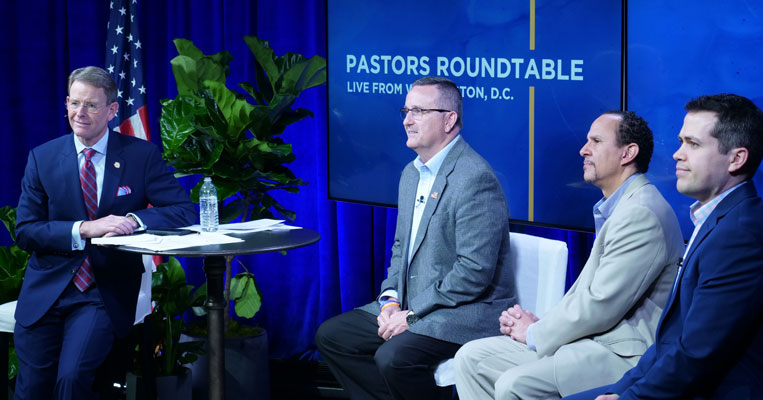 FRC Goes Live with the President and Cabinet Members!