The Sunday Best... and Worst of Reopening 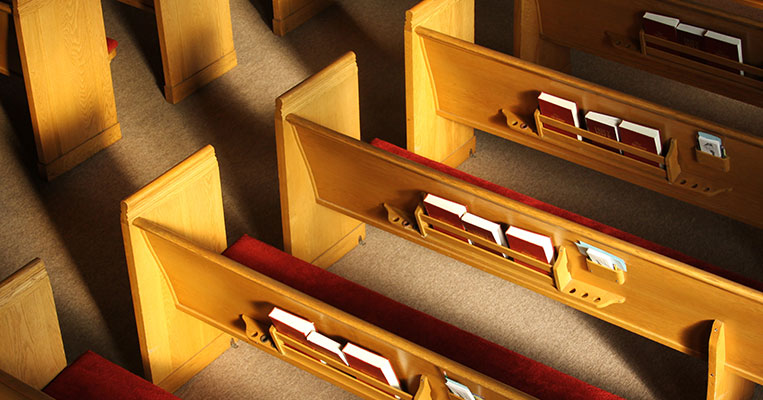 Chicago has one of the highest violent crime rates in the country -- and what is the police department doing? Ticketing churches. That's how Governor J.B. Pritzker (D) is prioritizing his law enforcement's time despite what cops are calling "a double whammy" during the crisis. "We're catching it double. We have the virus and the violence to worry about." But who has time for real criminals when a handful of God-fearing people are meeting? Not Mayor Lori Lightfoot (D).

"I know that we all have a passionate desire to return to the sense of normalcy that we felt before," Pritzker said. But, "until we have a vaccine, or an effective treatment, or enough widespread immunity that new cases fail to materialize, the option of returning to normalcy doesn't exist." Of course, Elim Romanian Pentecostal Church isn't asking for a return to normalcy. All they and other area congregations want is a chance to meet responsibly. Under Illinois's current order, that's next to impossible with a gathering limit of 10 people. That's not a church service -- it's a staff meeting!

Tired of waiting and even more frustrated by the unreasonable guidance, three churches took matters into their own hands, hosting extremely scaled down services May 17. The next thing they knew, the Chicago police were at their doors -- passing out $500 fines. For the pastors, who'd taken great pains -- probably greater than most essential businesses -- to keep their sanctuaries safe, the punishment was astounding. At Philadelphia Romanian Church of God, only 75 people were allowed to attend -- less than 10 percent of its capacity -- and every one of them had to meet 13 health and age requirements first. Elim Romanian Pentecostal Church and Metro Praise International were also cited.

"If that's what it takes to continue our mandate to serve our people, then it's a price we are willing to pay," Pastor Cristian Ionescu insisted. But thanks to millionaire businessman Willie Wilson, not one of the congregations will be forced to foot the bill. "I'm going to pay the fine for these three churches," Wilson announced, who "dared to worship" in spite of the mayor and governor's intimidation. "It is shameful that the church is discriminated against," he fumed, "while liquor stores, marijuana dispensaries, and Home Depot are treated as essential businesses."

In Minnesota, pastors are taking a page out of Ionescu's book and thousands of California churches by moving forward -- with or without their state's permission. Out of respect, both the state's Catholic Conference and the Lutheran Church have given Governor Tim Walz (D) and state Attorney General Keith Ellison (D) a heads-up that regardless of their absurd limits, their doors would open this weekend.

Both denominations have Becket attorneys on standby in case the Democrats try to stop them. In a letter to Walz and Ellison, they write, "Now that you have determined that current circumstances allow the partial reopening of almost every 'critical' and 'non-critical' Minnesota business with appropriate safeguards, there is no valid, non-discriminatory reason to continue the blanket closure of churches. To the contrary, basic equality and honest science -- not to mention the special solicitude afforded to religious freedom under both the federal and Minnesota constitutions -- require the end of this discriminatory policy and restoration of desperately needed in-person worship."

To his credit, Massachusetts's Governor Charlie Baker (R) decided to avoid a messy PR battle and heeded the warnings of DOJ to level the playing field for churches. "The Department of Justice has made very clear to a number of states that people's ability to access church and practice their faith is a constitutional question that they are pushing people at the state level pretty hard on," he told a local news outlet. "I couldn't ignore that."

Nor can they ignore the president, who Thursday -- minutes after joining FRC's National Pastors Roundtable -- sent a pointed message to the politicians hiding behind their lockdown orders. Talking to reporters before his flight, President Trump made it clear some states are on thin ice. "The churches are not being treated with respect by a lot of the Democrat governors," he argued. "I want to get the churches open, and we're going to take a very strong position on that very soon..." They're "essential," he went on. "Churches, to me, they're important in terms of the psyche of our country." Sure, he said, "It's wonderful to sit at home and watch something on a laptop, but it can never be the same as being in a church and being with your friends, and they want to have it open. And I think that's going to be happening very shortly..."

For more on the absurd thinking of liberal leaders, check out my new Washington Times op-ed, "Religious Liberty during COVID-19: Get a Haircut but Stay Away from Church?" Also, don't miss my conversation on Fox News about the importance of reopening our houses of worship. 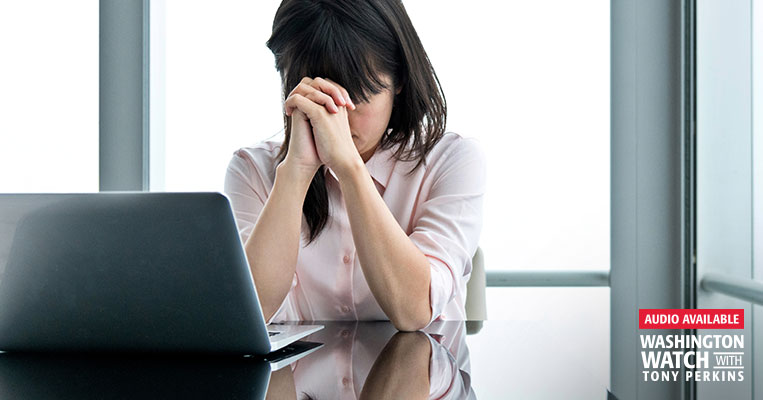 A Labor of Faith-Based Love
NEXT 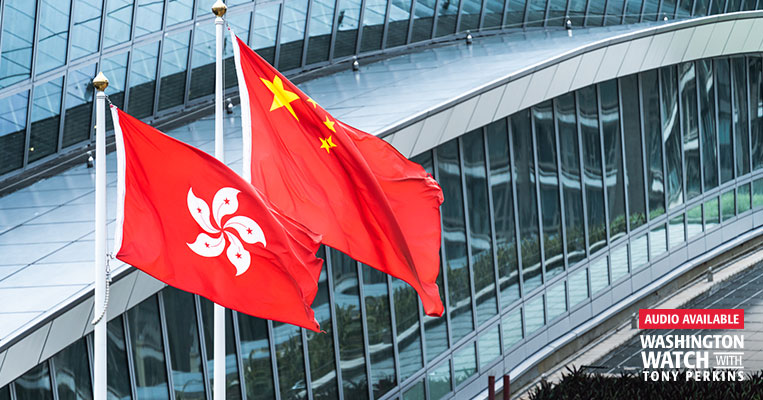 The End of Hong Kong as We Know It?