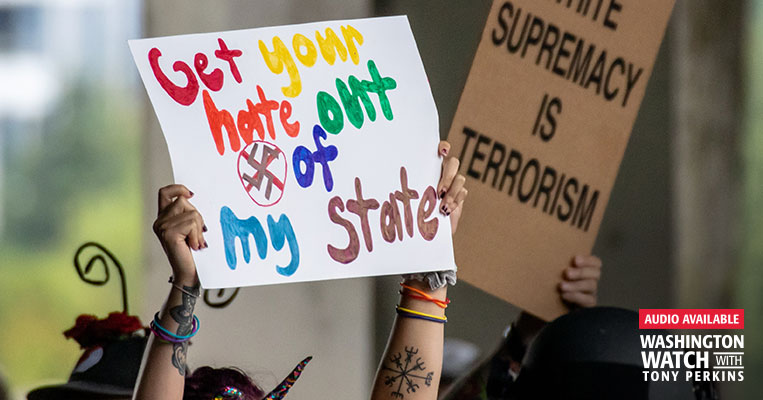 The motto from the underground training session was simple: "Get out there and do dangerous things as safely as possible." Caught on video by Project Veritas, the advice from the Antifa organizers was jarring. "Gouge their eyes." "If you get a good liver or kidney shot, it's pretty much crippling." "Run away while they're doubled over in pain," the "fight instructor" says. Whatever you do, destroy your enemy. And with any luck, the thugs think, your country too.

It's the same secret meeting, American leaders think, taking place in cities where the violence is fiercest. Where street fights and gunshots have claimed more lives than they're memorializing. They're the anarchists, the arsons, the looters, and criminals. Every time there's a whiff of controversy or dissatisfaction in this nation, these are the people exploiting it to create absolute havoc and mayhem. "While many have peacefully expressed their anger and grief," Attorney General William Barr agreed, "others have hijacked protests to engage in lawlessness... [and] assaults on law enforcement officers and innocent people, and even the murder of a federal agent."

Of course, there's no mystery who's behind the worst of it. "We have evidence that Antifa and other similar extremist groups, as well as actors of a variety of different political persuasions have been involved in instigating and participating in the violent activity," Barr told reporters. When you're wondering, Secretary Chad Wolf told Fox News, who are the "boots on the ground," in these cities. It's Antifa. They see a legitimate demonstration, Secretary Ben Carson told me on "Washington Watch," and they hide behind these peaceful protestors to create havoc. "And you can tell that they obviously are not for the people that they claim to be for, because they're destroying those people's neighborhoods and their livelihoods."

It's saddening, Rep. Michael Guest (R-Miss.) agreed on the show Thursday. "We've seen law enforcement property destroyed, whether [it's law enforcement vehicles or police stations which have been overrun. We've seen individual officers who have been targeted and assaulted, including the death of a single officer." And it can all be traced back to the playbook of these left-wing radicals operating in cells all around the country. Now, it's a loosely affiliated group, Rep. Guest points out, "[but] we've seen that membership grow after the election of President Trump." The group's tactics are so aggressive and extreme, he went on, that they've been condemned by the Right and Left. (With the exception of the Southern Poverty Law Center, which seems to think Antifa should be free to terrorize Americans at will.)

Unless we get their violent outbursts under control, the damage to this country will be permanent. This is a society, after all, that operates by the rule of law. Many times, that's the only thing holding all of the pieces together. But when you have people committed to lawlessness, it creates a chain reaction of a greater law enforcement presence, which exacerbates the situation between the public and police. And it can quickly spiral out of control -- as we're seeing in so many regions around the country.

Meanwhile, these same groups are giving a foothold to other bad actors outside the U.S., who want nothing more than to amplify the divide and take advantage of America's vulnerability. "I think what we're seeing is nations playing both sides of these protests," Congressman Guest said. "They are attempting to incite both the Right and the Left... to undermine our democracy. And if they can sow seeds of dissent among our citizenship and they can create distrust between a government and its citizens, then they are accomplishing their mission to destabilize our country."

And here's the thing, Dr. Carson said on the program. All of this rioting and outrage is built on the false premise that these incidents -- what happened to George Floyd -- are common. "They're not. They're very uncommon, in fact. In the last year, there were 10 unarmed black men killed by policemen in the United States. That's 10 too many -- there's no question about that. But the point being, this is not an epidemic."

And yet mayors, governors, and state leaders are stepping aside and letting these waves of destruction take over. And in the process, they're turning their backs on one of the biggest solutions to the problem: faith. They're letting people protest, but not pray. They're ignoring violent gatherings in the street but telling pastors to keep their congregations locked down. You have to wonder if the door to the chaos in the nation was opened when the doors of so many churches were closed. One thing's for sure: we've been marginalizing religion for 50 years, and in situations like this, we see where that's taken us -- down the dark path of our own demise. 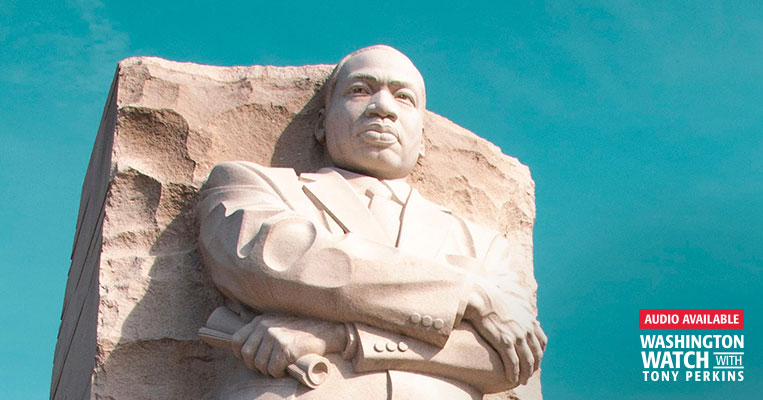 'From the Quicksands of Injustice to the Rock'
NEXT 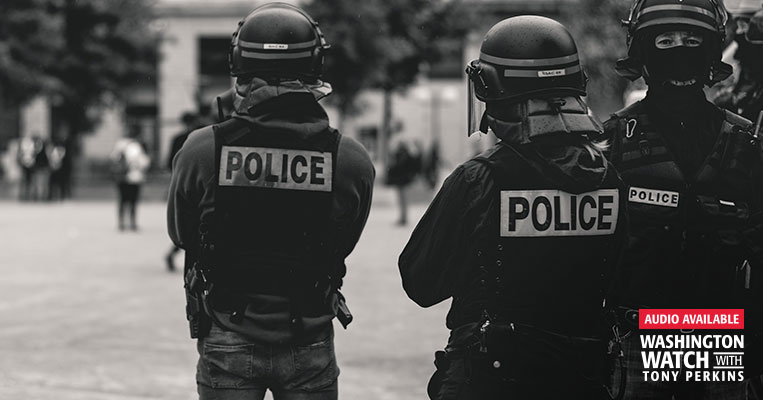 The George Floyd Culprit No One's Talking about