For Trump, a Personnel Best 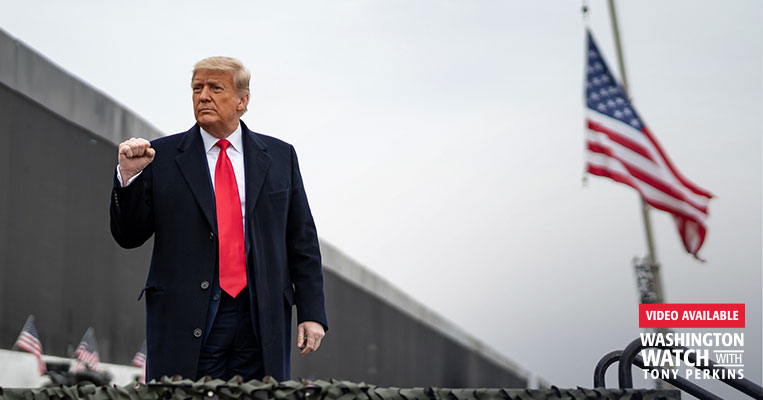 When frustrated people decided to take things into their own hands January 6th, a lot of Americans got hurt. There were the actual victims -- the men and women who lost their lives and others who were injured. But because of the Left's double standard, there were also good and decent Americans who will have to live with the fallout of what happened, even if they condemned the lawlessness. Some were there -- like the peaceful protestors who desperately wanted to be counted. Others weren't, but they were just as concerned about the future of elections after what happened in November. But the group that will suffer most are the people who deserve it least: the hard-working men and women of the Trump administration, who spent four, long years trying to set our nation right again.

When Marine One carries Donald Trump away from the White House for the last time, Americans won't just be losing a president. They'll be losing an army of tireless pro-lifers, freedom fighters, and deeply committed patriots too. Those are the men and women who, when the president was out front exchanging blows with the Left, kept their heads down -- working as hard as humanly possible to make his conservative agenda a reality. They're the ones who, despite the firestorm around them these last two weeks, pressed on -- no matter how much mud the media slung their way.

In these last handful of days, while others might have been tempted to clean out their offices, these unsung heroes have worked until the final whistle -- issuing rules, proclamations, and other policy changes that will make it harder for Joe Biden to undo what they've accomplished. Not surprisingly, the media isn't interested in covering that story since it might interfere with the narrative that everyone who worked for this president is a bloodthirsty, racist insurrectionist. The truth is quite different. When all is said and done Wednesday, the conservative movement will be in a much better position because of the determination of men and women at every level of government. And we owe our friends a great debt of gratitude for it.

While the rest of the world is distracted with a flagrant display of the lawlessness at the Capitol, the rank and file of the Trump administration refused to let that stop them. With the president's blessing, they've issued a preemptive proclamation on the National Sanctity of Human Life Day (which happens to fall on Joe Biden's watch this Sunday) and School Choice Week. They've also taken the opportunity to tell any incoming extremists that if they think they can waltz in and abolish girls' sports on some misguided legal authority, they're wrong. And the Department of Education made sure to leave them a 13-page memo explaining why.

At the Department of Labor, Secretary Eugene Scalia used these last few days to publish a final rule on religious freedom, making it harder for the new administration to sever ties and contracts with faith-based groups. Our friends at HHS followed suit, making sure to leave one rule looming over Biden's new agency. Under the Office of Civil Rights, Roger Severino's team made it clear that a) hospitals and other federally-funded health centers have an obligation to help infants who survive an abortion; and b) that no one rations care or discriminates because of a patient's disability. "This rule will promote the fundamental American principle that all lives are created with equal worth and dignity, no matter the circumstances..." Roger insisted.

Even the Office of Comptroller of the Currency (OCC) got in on the act, firing a warning shot to banks, savings associations, and other financial institutions eager to cancel accounts based on a customer's political ideology or industry. If banks want sever ties with certain companies or people, they need to justify those decision "quantitatively and objectively," OCC insists. "This is just a nondiscrimination principle. If you're not going to serve somebody for a service that you have chosen to offer to others...then you have to do the homework and show why this person is risky."

Interestingly, OCC's move was in the works long before January 6, when Democrats started demanding that companies stop doing business with Republicans. The initial reason for the rule was because too many financial groups were blacklisting the oil industry. But now, with liberals demanding that banks crackdown on Trump officials and other conservatives, this new "fair access" policy might have arrived just in time.

Over at Homeland Security, even Chad Wolf's decision to step down was done out of a desire to protect the agency's accomplishments. After days of speculation about the reasons for Wolf's resignation, he stopped by "Washington Watch" to set the record straight. He explained that over the last several months, his department has been tied up in litigation over whether his title as "Acting Secretary" (and his predecessor's) gave him the authority to make certain decisions. After a handful of negative rulings, Wolf decided, "There was no longer a legal means to resolve these cases. So anything that I did going forward, even over the last eight to 10 days of the administration, would be litigated, would be challenged. And we were continuing to lose these cases, so I wanted to make sure that the consequential work that the department had done over the last four years was in good hands... I didn't want to put the department at risk."

It was a selfless act -- something that's come to define, not just DHS, but so many of the Trump administration's leaders. So while the media and far-Left drone on about how ashamed Americans should be for supporting this president, I refuse to be. This administration wasn't just about one man -- it was about thousands of people living out their conviction for us. They leave these four years exhausted, but they should also leave them proud. Because regardless of how the chapter ended, the story of what they achieved matters. 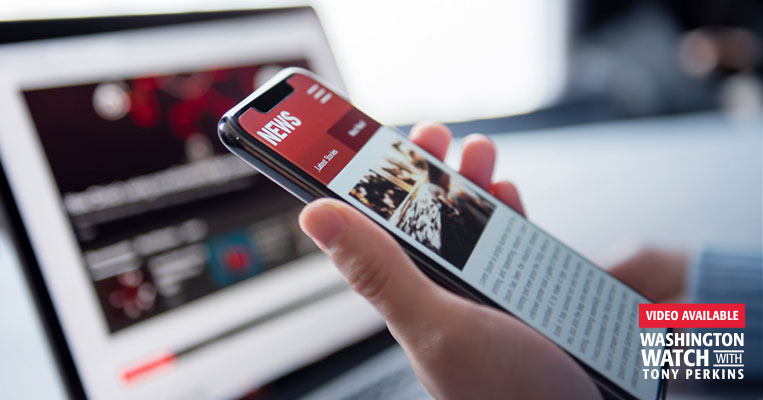 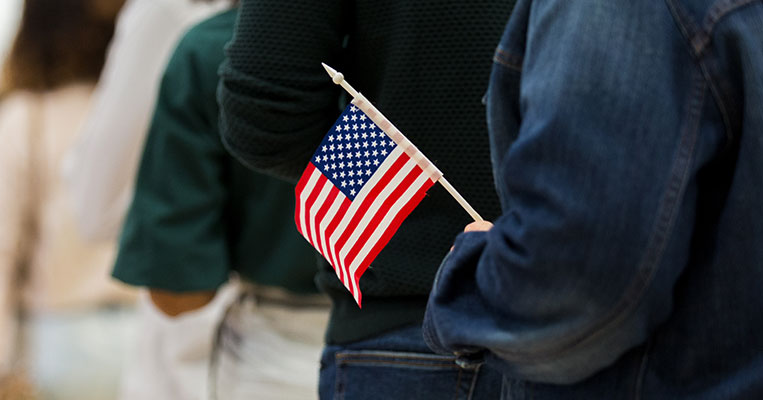 Couric to Conservatives: Get with Deprogram