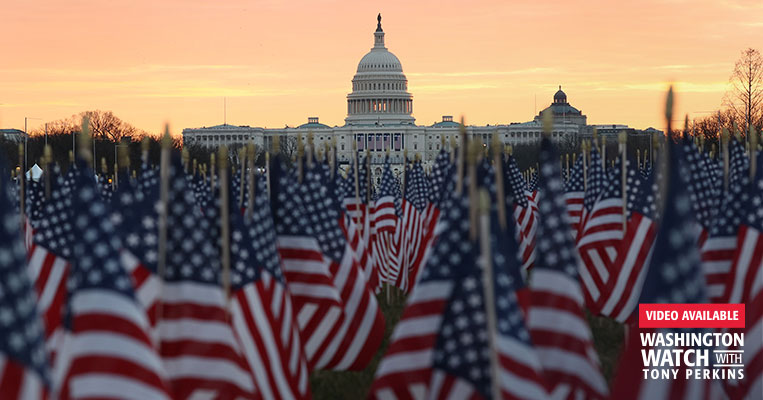 It wasn't the scene many of us had hoped for, but the view of the National Mall on Wednesday morning was still striking. The field of flags, waving in the sun, looked unmistakably hopeful -- a sign that what happened on that lawn two weeks ago would never be the end of the story. America, for all of its faults and passions, would keep standing. And the peaceful transfer of power that's distinguished this nation for centuries would go on -- however disappointing its final outcome may be.

Hours earlier, President Trump had boarded a plane for Florida -- ending a term that we choose to remember for its good, for its saving of human lives and the advancement of fundamental freedoms. "We've accomplished a lot," the president said in his farewell. "What we've done has been amazing by any standard... We left it all -- as the athletes would say -- we left it all on the field." And despite the bitter taste of November that still lingers, the president wished his successor luck and success. Because that's what the people who love America do. They hope for its best.

Not everyone is convinced that the "best" is what President Biden has in mind for America. Within hours of putting his hand on the Bible, the new administration set to work -- signing a flurry of executive orders to send this country back to the days of Barack Obama, if we're lucky -- and new levels of radicalism if we're not. It was exactly what President Trump warned against in his parting words. He said the Democrats have "the foundation to do something really spectacular." But in these first 24 hours, it's becoming painfully obvious: that the foundation is exactly what Biden is coming for.

Sitting down in the Oval Office for the first time, a stack of 17 executive orders were said to be waiting -- actions that would put a stop to the border wall, immigration reform, and travel bans. Another stack started the wheels rolling in another direction completely -- ordering federal and interstate "masking," re-enrolling in the controversial Paris Climate Accord, and cozying back up to the World Health Organization. But the game-changer, we know, is aimed right at parents, privacy, and public safety.

Despite a last-minute effort by Trump's Education and Justice Departments, President Biden is adamant that the hallmark of his administration will be tearing down thousands of years of human history, morality, science, and gender norms. Within days, advisors expect him to reinstate transgenderism in the military, public schools, public bathrooms, showers, locker rooms, and sports teams. Until then, he's laid down this marker: This administration is "direct[ing] agencies to take all lawful steps to make sure that federal anti-discrimination statutes that cover sex discrimination prohibit discrimination on the basis of sexual orientation and gender identity, protecting the rights of LGBTQ+ persons." Hardly the stuff of unity and healing.

Of course, the Left's hope -- and the last two weeks of censorship and shaming have proved it -- is that Americans who care about moral truth will be too scared to raise their voices. As House Minority Whip Steve Scalise (R-La.) said on "Washington Watch," Democrats are using the events of January 6 to intimidate everyone who might push back on this agenda into silence. "They want to paint every Republican, every person who voted for Donald Trump, with this broad brush of the people who stormed the Capitol. And you and I denounced every person who attacked Congress, broke windows, crawled through broken glass to [storm] our nation's Capitol..." They are the ones who should be arrested and held responsible -- not the millions of peaceful Americans whose only crime was wanting to be heard.

But in the meantime, we have to sit and listen to these same Democrats treat every conservatives like a crook, when they didn't call out the months of violence last summer that killed countless people and burned American cities to the ground. "Where was the outrage by the Left then?" Steve wants to know. "[You can't] just call out violence when it happens on the other side of the aisle. Call it out wherever it comes from... [Violence] isn't how we solve political disputes. Yet the Left was okay with it when it was [their own people]. In fact, some were endorsing [it]!"

Now, incredibly, they talk about canceling whoever disagrees with them. "You shouldn't even be able to get a job if you voted for Donald Trump. I mean, this is the stuff that happens in Third World nations," Steve shook his head. As for challenging the election results, he pointed out, that's an elected official's right. And, ironically, it's a right that Democrats haven't minded exercising on every single Republican president in this century. At the end of the day, this is about upholding the rule of law. "Are we just going to keep letting [states bypass their own rules] and look the other way -- or are we finally going to get control back where you have elections that are run the way the Constitution lays it out for president?"

"This is democracy's day," Joe Biden insisted, looking out over the sea of monuments spread before him. "We have... much to repair, much to restore, much to heal, much to build..." Starting, many would agree, with America's trust. The new president has asked us to start over, to listen to one another again -- show respect to one another again. Let's hope, in these first few days, he finds a way to follow his own advice.

** Tune in tonight for a special inauguration edition of Pray, Vote, Stand at 8:00 p.m. (ET). Join us as we ask for God's mercy and guidance on this country, the church, and our new leaders. ** 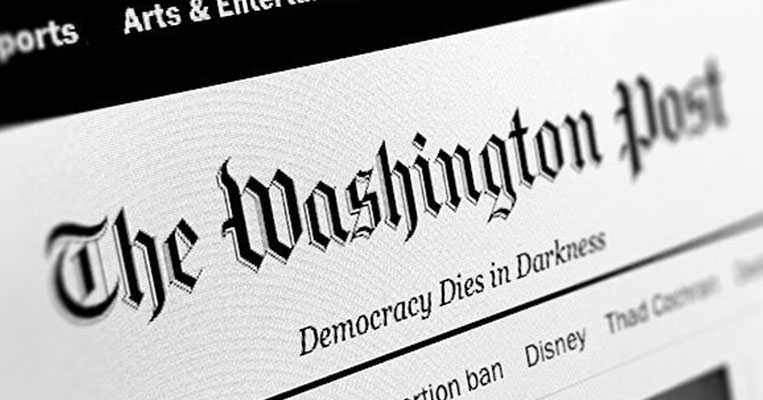 WaPo Pulls the Plug on Its Facts Machine
NEXT 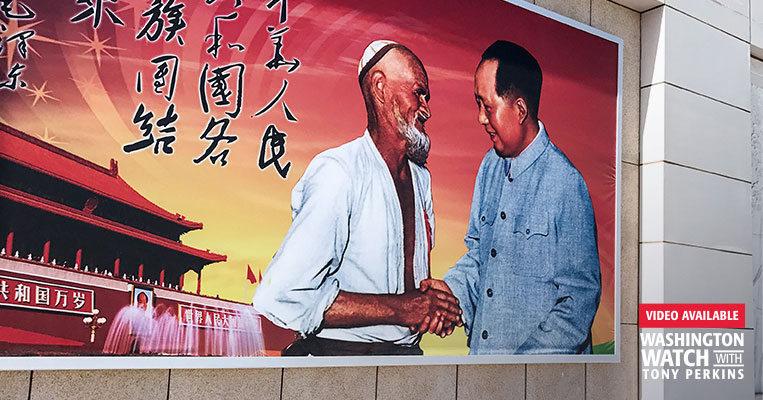