'We Have to Stop Pretending Public Schools Aren't Bad' 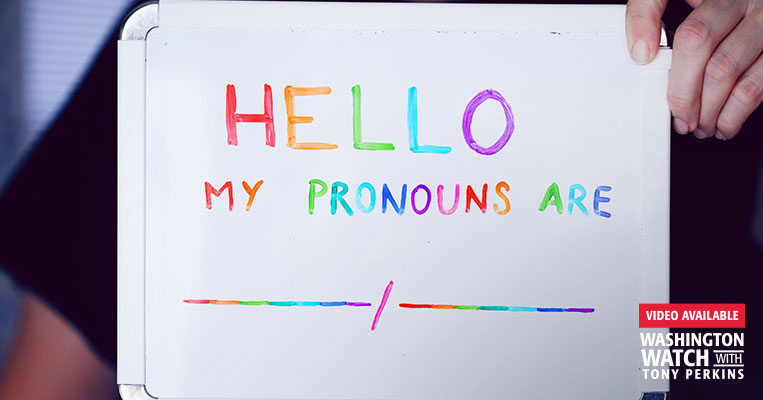 There've been plenty of issues over the last year and a half where Democrats have had to "bring Joe Biden along." Whether it was the Hyde amendment, socialized medicine, or religious tests, the Democrat had to move several clicks to the Left to meet the party's radical new standard. That was never the case with the LGBT agenda. In fact, you could make the argument that when it comes to things like transgenderism, it's Biden doing the pulling. And his first day behind the Resolute Desk proved it.

A liberal with a cause is concerning. A liberal who actually believes in that cause is dangerous. Our nation will find that out for itself under this president, sooner than many had hoped. The man who said the only way to restore America's soul was "unity, unity" showed how insincere he is about pursuing it hours later when he picked up a pen and declared war on people of faith. But then, it's not like he didn't warn us.

Biden's "day one" agenda, we heard over and over again, would be throwing thousands of years of human gender norms on the trash heap of history. "I will just flat-out change the law," he told one mother. And Wednesday, he kept that promise, flinging open the door to gender-free bathrooms, locker rooms, showers, changing rooms, sports teams, and overnights. It is the "trans-ing" of America, and under this administration, it's only beginning.

The Federalist's Joy Pullmann knew this was coming. Just look at what's already happened, she wrote in a powerful piece that every American should read about what Biden's election means for education. We already had schools keeping students' gender choices a secret, male coaches forced to watch naked female students, schools dishing out hormones and drugs without parents' consent, preschoolers and kindergarteners subjected to teachers who identity as transgender and scarring sex lessons they don't understand.

"All of this," Joy insists, "will be accelerated under a Biden administration. This is not conjecture. He and his campaign have publicly pledged to do it." His own political history ought to prove to everyone how sincere he is on this gender extremism. The man who outed Barack Obama on same-sex marriage in 2012 has been a true loyalist in the cause, insisting eight years ago -- when most Democrats wouldn't even touch the issue -- that transgenderism is the "civil rights issue of our time."

Now, with the full weight of government and Congress behind him, Biden can make good on his plans -- which is so outrageous it makes the Obama administration look like prudes. He'll punish schools that don't follow his mandate for "putting naked children of both sexes together," Joy explains. He'll punish teachers and children for believing the truth about biology and gender. He'll use schools as 24/7 indoctrination centers for "the Left's depraved views of sexuality that conflict with the views of all major world religions." He'll make sure your freshman daughter has a male college roommate -- and prosecute her if they complain. He'll send girls' sports teams away to meets and let boys sleep in the female rooms.

And if parents think their kids are safe because they're in private religious schools, they've got another thing coming. If the school takes a dime of federal money or participates in something as innocuous as the federal meal program, they'll be ordered to comply as well. Christian colleges could lose their accreditation, their student loan programs, their biblical hiring, firing, and application processes. "The evil consequences will be applied to all religious and reality-based institutions possible over the next generation -- unless Americans refuse to comply with this obviously insane and destructive lie. Any backup from politicians half of us elect would help," but, as Joy and I talked about on "Washington Watch," most of them don't have the spine to push back. Sure, there will be backlash to Biden's orders, Joy said. But more than likely, Democrats will get away with it. Why? Because:

"Too many Americans are lazy cowards who point fingers about problems instead of doing what it takes to solve them, because solving problems is hard and whining on Facebook is easy. Too many Americans want a nice car, comfy house in the 'right neighborhood,' high school sports nostalgia, and frequent eating out more than they want to protect children from being mind-raped by sweetly smiling kindergarten teachers and gawked at by emotionally disturbed peers and teachers."

This administration is going to do what Leftists do, which is use every single pressure point they can possibly find to advance their war on family, sex, and children to win more power. And unfortunately, Joy shook her head, Republicans -- apart from Donald Trump, who showed unique courage on this issue -- "failed to use their power to protect their constituents and do the right thing."

So what can parents do? For starters, they can send a message by pulling their children out of public schools. Every time that happens, the public schools lose money. If you want to get the Left's attention, that's one way. Too many parents are sending their kids off to godless institutions that are undermining the values taught at home -- and then wonder why their young adults are make a 180-degree turn from their faith. What do you expect when you put them in the care of a government system that's hostile to everything you believe in? "It's time for us to stop pretending that public schools aren't as bad as they are."

Also, Joy said, we need churches "to stand up and stop enabling the government to basically turn children into heathens using our tax dollars... Every church should become an institution of education. They could have co-ops or private schools. When America was founded, almost every single educational institution was directly descended from a church." Moms and dads can't fight the culture alone. They need grandparents, aunts, uncles, church communities, and other local organizations to come around them and make it financially possible for their kids to get a solid education, rooted in transcendent truth.

Putting aside all the "rot" in the public schools, Joy pointed out, the reality is, most children are getting a horrible education anyway. On core subjects, the government's schools are woefully inadequate. "The bar has been lowered so much by public education, it doesn't take parents much of an investment in time and energy to give their children an advantage over their peers in today's culture."

As Christians, we can't outsource something as important as our children's education. The race against Biden's agenda has started. It's time to take control now -- before it's too late. 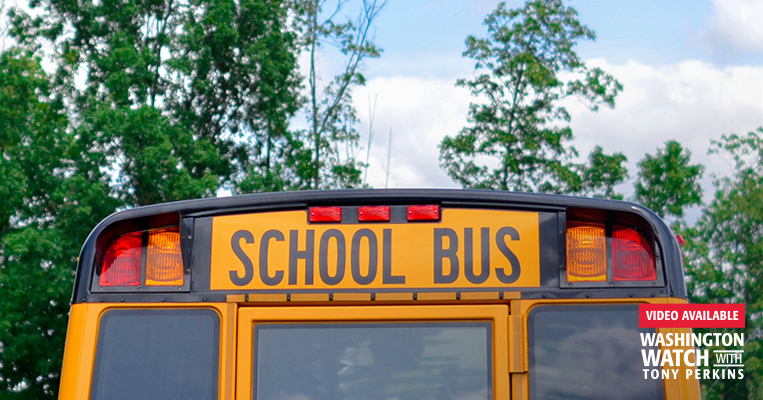 'The Woke Has Gone for Broke'
NEXT 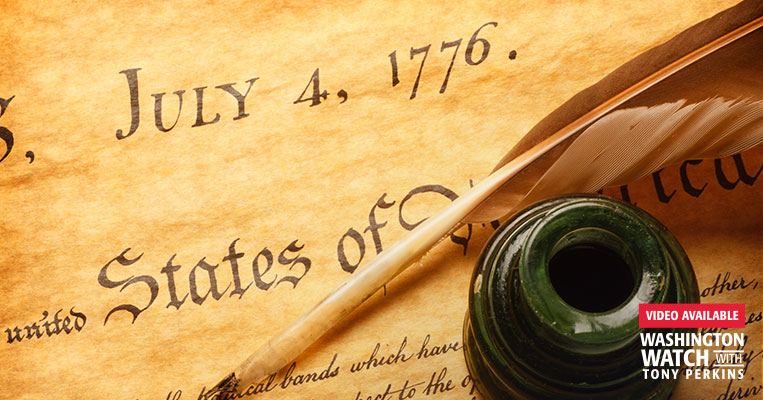