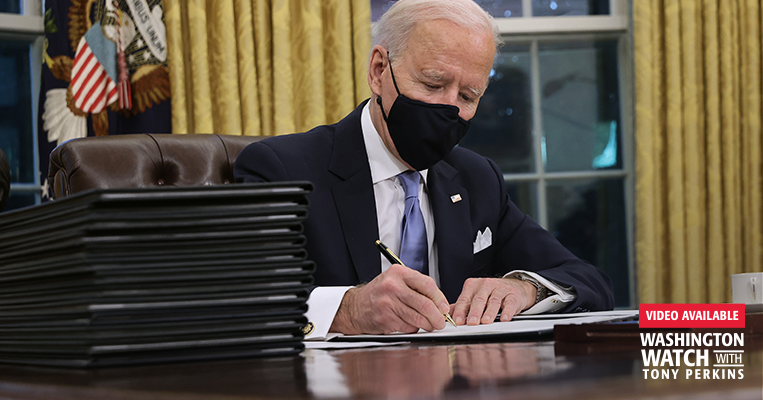 Under Joe Biden, America won't just run out of oil -- it'll run out of ink! The new president has been so busy signing executive orders that he's probably at risk of carpal tunnel syndrome. Amazingly, the man who told George Stephanopoulos "you can't use executive orders unless you're a dictator," doesn't seem to have any use for the democratic process so far.

From transgenderism in the military and schools to the forced-masking of citizens, Americans are having trouble keeping up with the new president. In a flurry of executive power grabs that's putting Barack Obama to shame, Biden is on pace to sign more orders in two weeks than Donald Trump did in 100 days. It's a stunning reversal from the last four years, when liberals and their media echo chambers bashed the GOP administration for "ruling by fiat" only to embrace five times as many mandates from Biden.

"We have three branches of government for a reason," Freshman Rep. Lisa McClain (R-Mich.) fired back on "Washington Watch." "President Biden needs to work with Congress if he truly means what he says about uniting the country and working together. Stop with the executive orders, and let's use the process and the systems of government that we've had in place for over 200 years. It's just not the way to govern -- and it's definitely not the way to lead."

The deluge of EOs is even more revealing when you consider the current Congress. Biden's race to issue policies without the House or Senate shows his unwillingness to work within the system -- which, oh-by-the-way, Democrats control! Maybe he's concerned about his party's razor-thin majorities in Congress. Yes, the Democrats control the gavels in both chambers, but their shrinking ranks won't be so eager to embrace the extremism that lost them so much ground in November. If he's worried that the legislature won't rubber stamp his priorities -- unpopular moves like raising energy prices, killing jobs, radicalizing the military, and transgendering our bathrooms won't pass, he's probably right.

But only a weak leader with no intentions of consensus-building would kick off his term this way. And the media, apparently, has no intentions of holding the new administration to the lofty rhetoric they spoke -- and abandoned -- on the steps of the U.S. Capitol. But then, as Rep. McClain pointed out, the press isn't in the news reporting business -- not anymore. "[They're] in the entertainment business... Whatever happened to just reporting the facts?" The same thing that happened to the Washington Post's fact-checking project: it all disappeared when the narrative was inconvenient.

Fortunately for Americans who believe in the democratic process (which is still the majority, Democrats will be disappointed to know), the courts are already taking the administration to task. Living up to their promise of holding the Biden White House accountable, the wheels of the states' conservative defense are already churning. Texas Attorney General Ken Paxton (R), part of a determined coalition of state attorneys general, sued the administration on its immigration order almost as soon as the ink was dry.

The "Save and Defend" project had its first victory on Tuesday after Texas argued that Biden's halt to deportations was illegal. In a sign that there are serious problems with the order, U.S. District Judge Drew Tipton, a Trump appointee, blocked the policy from taking effect nationwide for 14 days. For the president to unilaterally stop illegal immigrants from being sent home, Texas insisted, broke the enforcement mechanism they had in place and put a burden of increased education and health care costs on the state.

Tipton wrote in his injunction that Texas had "'a substantial likelihood of success' on at least two of its claims, including that the deportation freeze violated a federal immigration law stating that authorities 'shall remove' immigrants with final deportation orders within 90 days." Paxton applauded the judge, saying, "The court's decision to stop the Biden administration from casting aside congressionally-enacted immigration laws is a much-needed remedy for DHS's unlawful action. A near-complete suspension of deportations would only serve to endanger Texans and undermine federal law. Blatantly illegal security threats cannot be allowed to stand, and the rule of law must be upheld. I commend the Court for prioritizing the law and safety of our citizens..."

It was the first victory in what conservatives hope is a long and successful fight against Biden's extremism. Democrats didn't mind suing Donald Trump over everything he signed, just to slow him down. It's time for conservatives to do the same. Because unlike the Left, we have the law on our side. 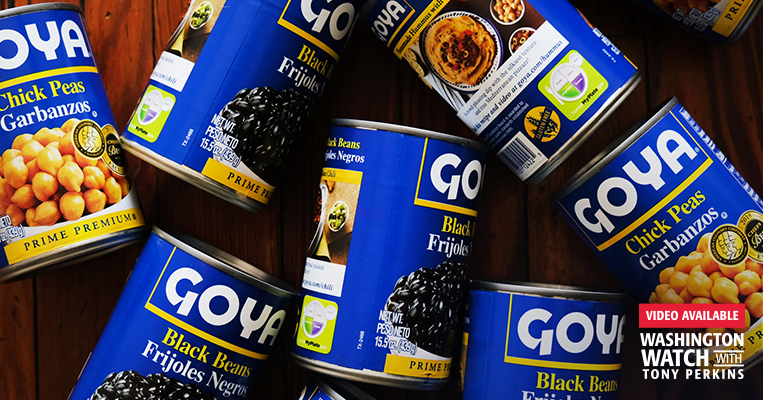 Goya Board Threatens Can-Sell Culture
NEXT 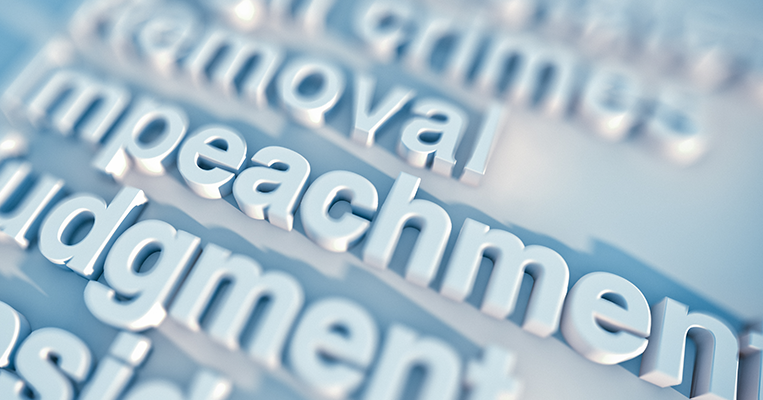