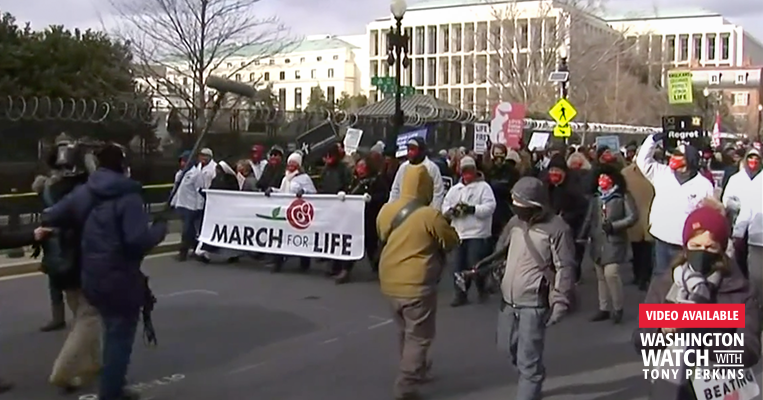 Like so many things about the last 10 months, Friday's March for Life didn't look quite the same. But just as the rain, sleet, and snow have never stopped pro-lifers from making the trek, a deadly pandemic didn't either. Hundreds still turned out to make the solemn walk to the Supreme Court, where they've prayed for 48 long years to end the violence of Roe v. Wade. Inside, sits a new justice who brings pro-lifers one step closer to that goal. Outside, hangs the dark cloud of the Biden administration, threatening to do everything in its power to stop her.

As challenging as this new political landscape may be, Kristan Hawkins made a point of reminding people that presidents come and go -- "but we always remain." After four years of the most pro-life administration in the history of the country, it's tempting to think all is lost. But the legacy of life that Donald Trump helped build didn't end when his term did. It's alive in our courts, our state legislatures, our new leaders, and in the hearts and minds of Americans who've come to understand what the other side truly stands for. "This new Washington," Senate Minority Leader Mitch McConnell (R-Ky.) said, "needs the marchers more than ever."

Fortunately, he went on, "political dynamics change, but the moral truth doesn't." Even executive orders, McConnell pointed out, can't alter the reality of human life. The new president has certainly signed enough to try. Deep into his three dozen mandates and memos, Biden has unleashed his radical wing on the cause he pretended to oppose: abortion. "It looks like the Biden administration is going to stop at nothing to undo the pro-life progress we've achieved in the past four years," Congresswoman Virginia Foxx (R-N.C.) said soberly on "Washington Watch." By making abortion our new export, "the American people are witnessing the country take a sizable step backward in the fight for life."

She was referring to the president's order Thursday, which overturned the pro-life Mexico City policy and made Americans the unwilling benefactors of global abortion. Like most people, Rep. Foxx can only shake her head. How do you have unity when you're pursuing something 77 percent of the country opposes? It's impossible, the congresswoman agreed -- [especially] when you know that almost 75 million people didn't vote for you... We know there are many things that this administration is going to be doing that goes against what the American people want. But life is the most precious thing that they're [targeting]... And particularly in this area, the American taxpayers, hard-working taxpayers, do not want their tax dollars going to provide abortions, whether it's in this country or it's in another country."

And we're not just talking about Republicans here. As the latest polling pointed out this week, there's a virtual consensus in this country that where Biden is taking us on abortion is wrong. Americans want to limit the destruction of innocent life -- not expand it to a vast and barbaric degree. Republicans understand that -- and they're flooding the House and Senate floor with pro-life bills to make that point. By this morning, conservatives had sent almost 20 pieces of pro-life legislation into the congressional record -- an avalanche of proposals to show the Democratic majorities that they're ready to fight for the people they refuse to.

If you want to be encouraged about the Republicans in Congress, check out this list of pushback:

Passing legislation isn't going to be easy -- especially under the Congress we have now. But, as Rep. Foxx told me, "Republicans don't always go for the easy things. We go for what's right." And what's right is protecting life -- at all costs.

"I want to live in a nation where respected the sanctity of life," Rep. Norman insisted, "where condemning the murder of a child is not up for debate, but a matter of course." As long as pro-lifers are in Congress, he said, they'll continue to do everything they can to make that kind of country -- the one our founders envisioned -- a reality. "Nothing less," Senator Marco Rubio (R-Fla.) insisted, "than our identity as a nation is at stake."

** Over the course of the past year, we've learned how to "go virtual" in many areas of life. But here at FRC, we've been equipping pro-lifers to take action in the digital sphere for years. Watch our special broadcast of the 16th annual ProLifeCon Digital Action Summit now, and share the broadcast with your friends.** 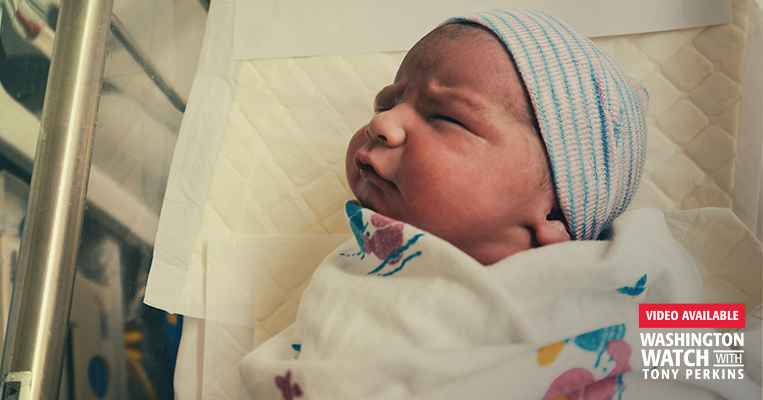 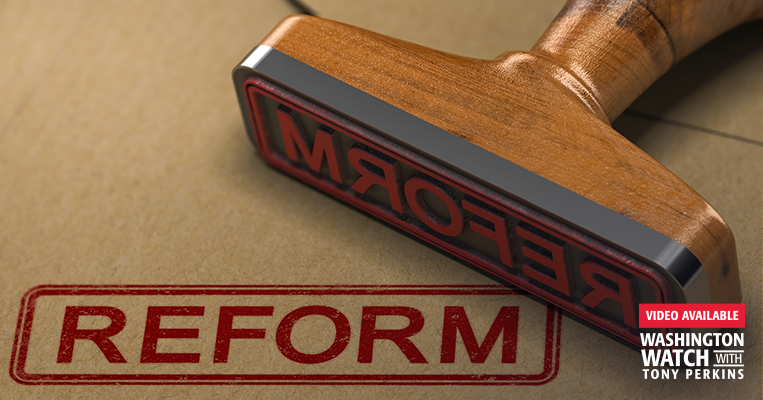 Election Reform? You Can Take It to the Banks