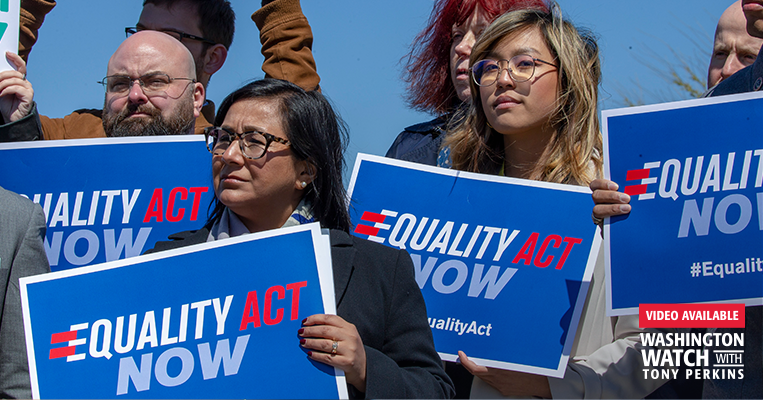 The original U.S. Constitution can survive a bomb, a massive fire -- even a nuclear blast. But can it survive the House majority's agenda? Based on their latest bill, the Equality Act, no one is quite sure.

Religious liberty and free speech have had a good run, but as far as Speaker Nancy Pelosi (D-Calif.) is concerned, they've stood in the Left's way long enough. It's time to get back to the business of controlling how every American thinks, speaks, and acts on issues of human sexuality with one sweeping bill. Liberals call it the Equality Act, but as the details make quite clear, the only equal thing about it is how much damage it does to every facet of American life.

Most people were outraged by Joe Biden's bathroom mandate, but that's nothing compared to the boom Democrats are trying to lower on mainstream morality in law. If you can imagine a country without women's sports, boys and girls restrooms, gender-specific pronouns, privacy, parental rights, workplace dress codes, business autonomy, Christian wedding vendors, and conscience protections -- you've got the Equality Act. It's a world that hunts down and punishes anyone who thinks differently from the Left on gender or sexuality. And that includes schools, businesses, food banks, adoption agencies, homeless shelters, day cares, faith-based ministries, and government offices.

Picture walking into your child's preschool for mandatory transgender story hour. Or think about your teenage daughter finishing gym class and being forced to shower and change with biological boys. Imagine being fired for calling a man "him." Or maybe you're standing over the counter of your new store, holding a subpoena because the "nonbinary" you interviewed wasn't the best candidate for the job. These aren't hypotheticals. This is the reality of a nation that embraces the phony "equality" liberals are selling.

Americans have come dangerously close to passing this death knell for the First Amendment before. Now, with the president and Democratic Congress on their side, it will take true political courage -- and a groundswell of the grassroots -- to stop it. "Pass it swiftly," President Biden urged the House and Senate on Friday. But that would be the worst thing leaders could do, Rep. Andy Harris (R-Md.) argued on "Washington Watch."

Joe Biden and his party are selling this bill, Harris insisted, as something that stops discrimination against sexual minorities. "But in fact, this goes well beyond that. We know that the Supreme Court's already said you can't discriminate for those reasons. This is basically a pro-abortion bill. It goes against religious freedom. It goes against the rights of people to actually have a belief that's different from the commonly held beliefs that liberals hold. This is a very, very dangerous bill that goes under an innocent moniker of the quote-unquote Equality Act. Look, we all want equality, but that's not what this bill is about."

Most people have heard about how it would affect girls' sports or bathrooms. That alone "turns common sense on its head." But in one of the least talked about aspects of the bill, Harris says, it "completely upends the entire relationship between the federal government and the abortion industry -- [including] the ability to restrict abortions, the ability to restrict abortion funding, the ability to allow people with deeply held religious convictions not to participate in these events, whether it's a provider or hospital. You know, the Little Sisters of the Poor will basically have to fund abortions if this bill goes through."

This bill is one-stop-shopping for the worst the far-Left agenda has to offer. As Harris pointed out (and FRC's issue brief explains), the Equality Act doesn't just torch religious freedom and the First Amendment, it guts every pro-life protection ever passed into law. Faith-based hospitals and medical staff could find themselves completely defenseless against a sex discrimination claim for refusing to perform or offer abortions -- which liberals will argue gives "a related medical condition" to pregnancy "less favorable treatment than other physical conditions." State laws could be just as vulnerable in court, where activist judges are all too eager to expand abortion.

If you've been sitting on the sidelines on this bill, time is running out! Get off the fence and take a stand now. Contact your representatives and urge them to vote no on the Equality Act! 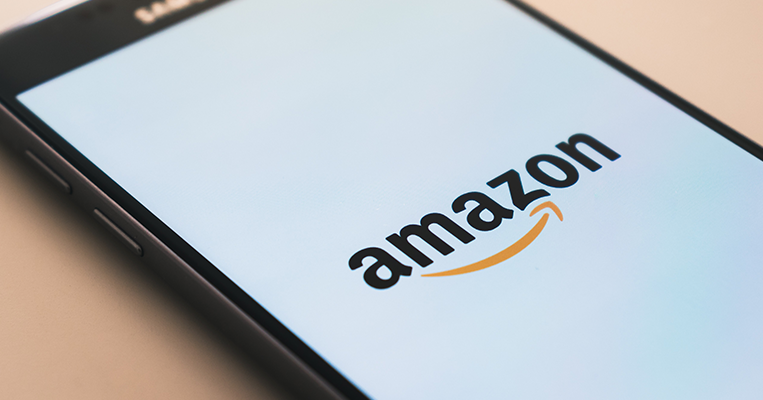 Amazon Censorship Leaves a Plot to Be Desired
NEXT 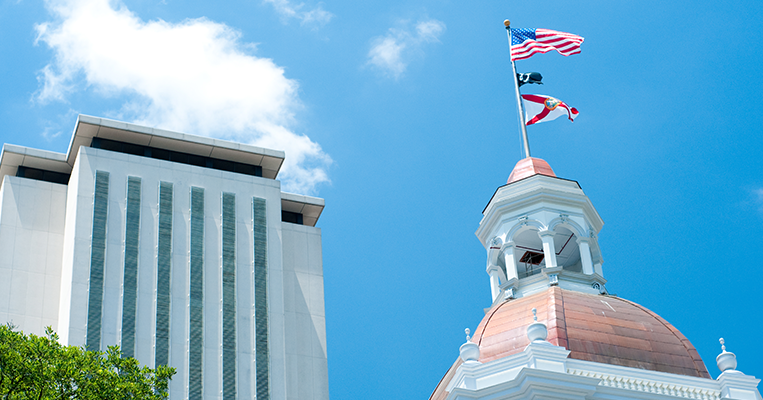