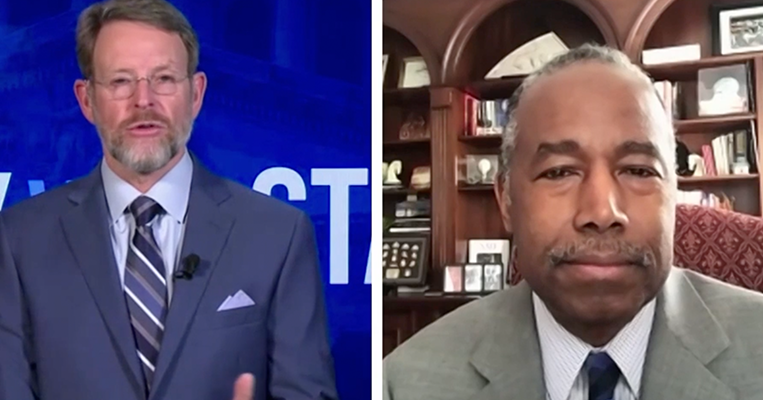 As Americans, we take pride in the fact that our forbearers gave their lives for the freedoms we hold dear. As recent events have shown, however, we can't afford to take those freedoms for granted and assume we won't have to fight for them here and now. As was made clear during FRC's Pray Vote Stand broadcast last night, the threats to religious freedom in America are real, but believers must realize that if we step up to the challenge, God will use these trials for His glory, especially when we show grace under fire.

During his time as Secretary of Housing and Urban Development under President Trump, Dr. Ben Carson knows all about remaining steadfast in the face of opposition for refusing to leave his faith at the door of public service. He joined PVS to discuss the calling believers have to witness to the truth in the face of the cancel culture and about his new initiative, the American Cornerstone Institute.

"God tells us to love your neighbor, not to hate your neighbor, not to cancel your neighbor," he said. "So many of our politicians and our media have gotten decent, reasonable people with common sense to start believing that that person who lives across the street is their enemy because they may have a different political sign in their yard. This is obviously extremely destructive."

But Dr. Carson remained hopeful about the character of the country. "I would go so far as to say the majority of people in our country actually have common sense. They're being manipulated, and we can't just leave the manipulators to molest them and stay silent. We have to put in our part as well, and if we do, I think it will be blessed. But we must be active, we must be brave. You cannot be the land of the free if you're not the home of the brave."

Pastor Mike McClure, Senior Pastor of Calvary Chapel in San Jose, Calif., has exemplified this bravery in the face of unprecedented government clampdowns on churches in his home state, as he and his church are at the tip of the spear in the legal battle over bans on church gatherings. His church has been fined almost $2.5 million for holding indoor services with the same capacity limits that other parts of the state require and for, of all things, singing. But despite the challenges, Pastor McClure was awed by how God was at work.

"I will tell you, it's been a great opportunity to share the gospel. Many people have been coming to Christ, and it's been very fruitful. We've even had some great conversations with the prosecuting attorneys -- we've just been sharing the love of Christ with everybody, and that's what the church is really here to do. It's amazing when you do that, how the Lord just shows up, and we've seen Him just at work in the midst of all that's going on..."

McClure went on to describe how desperate people are for spiritual food during the pandemic. "I know how needy the sheep are right now. I hear it. I'm with them. And they're so desperate for someone to minister to them, to pray for them, to be personally in contact with them..." He also related how a county worker who answers the county suicide hotline came to his church because he himself was contemplating suicide, and how he received Christ and brought his friend who also received Christ. "As much as the church is being persecuted, this is exactly where God wants us to be," McClure said.

McClure also struck a note of warning and of hope for what may lie ahead for the church in America. "We've got to have courage and understand that we as a people can make a difference if we pray and seek the Lord and seek His face, that he's looking for those that will intercede ... I know there are people praying. I know we can make a huge difference, and I do believe all of this is preparatory for God to revive the church, to bring reformation to our church, to the country. He's going to do it by His spirit, not by might but by His spirit. I'm looking forward to what God's going to do."

Be sure to watch the entire Pray Vote Stand broadcast. 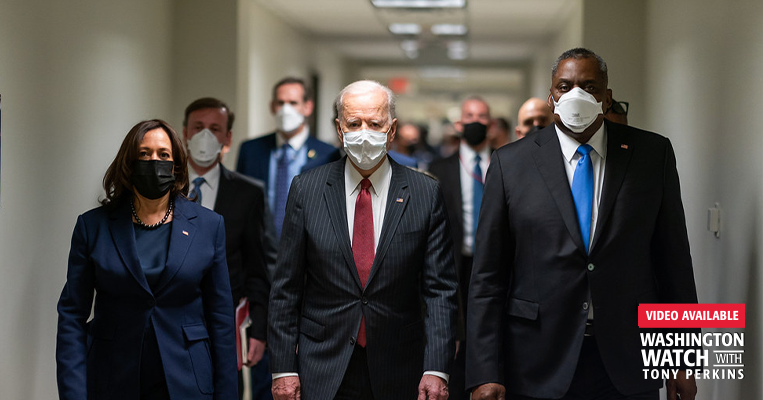 Biden Builds His Cabinet the Hard Way
NEXT 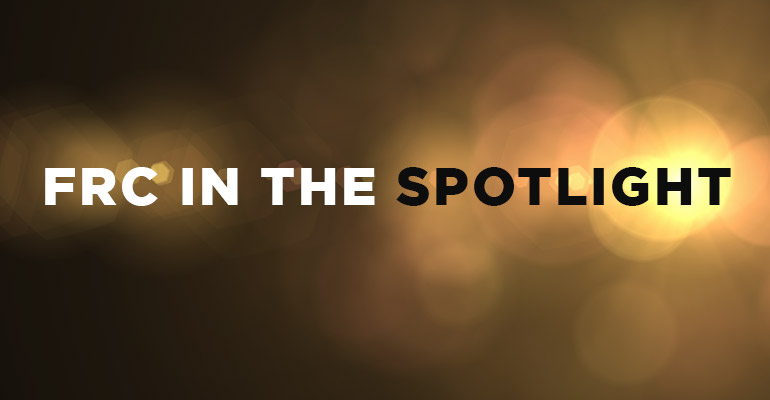