Choice Words for Education in the Virus Age 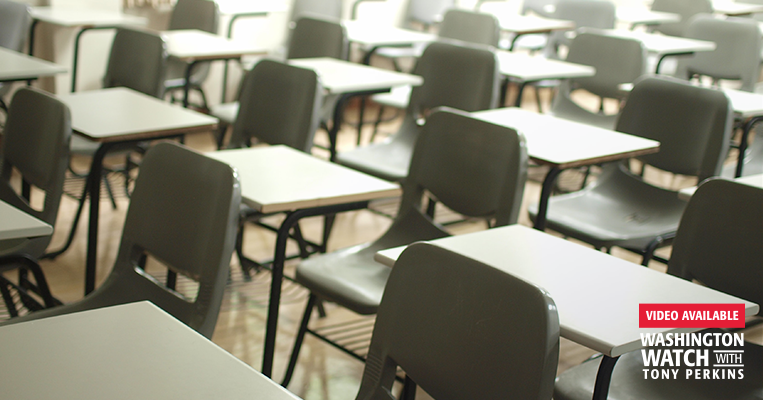 If there's one silver lining to the coronavirus, it's that public education is finally being exposed for the fraud that it is. Not only are parents starting to see what their children are being taught, but the nation is waking up to the fact that teachers unions don't care about educating kids. They're about protecting and feathering their own nest. And frankly, moms and dads are tired of it.

"COVID didn't break the public school system," the Reason Foundation's Corey DeAngelis explained on "Washington Watch" Thursday. "It was already broken." What the virus is doing is shining a light on the problem when it comes to K-12 education -- and that's "a massive power imbalance between the producers of the services -- the public school monopoly and the teachers unions -- and the individual families and their children."

More and more Americans are watching their kids' education suffer, and they're starting to join the call for school choice. In polls across the country, the popularity of vouchers, education savings accounts, tax credit scholarships, and other ideas has been surging by double digits since COVID. In places like Chicago, where teachers unions are fighting to keep their doors closed, more families' eyes have been opened to the fact that public education puts the needs of the system ahead of the needs of actual students. "That's shameful," Corey argued. In Oregon, he pointed out, a teachers' union actually lobbied the government to "make it illegal to switch to virtual charter schools," because they wanted to protect their monopoly at the expense of kids. "And we saw similar actions in California and Pennsylvania with their administrators association lobbying to make it illegal to switch the schools at the worst time possible when families were economically struggling and struggling to find an adequate education for their children."

The reality is, Corey explained, the teachers' unions can fight to keep classrooms closed because the schools get our money regardless. And until the government gives education an incentive to reopen -- like withholding funds -- the outrage will continue. At least for now, a majority of states -- 27 or so -- have introduced bills to allow families to take their education dollars to a private provider of the service. Maybe that, Corey hopes, will motivate the public schools to do a better job. When there's a monetary enticement, they will open.

And despite what the unions are saying, we know this isn't a safety issue -- not just because the research says so, but because these same districts are opening their buildings for in-person child care services (and then turning around and charging parents out of pocket). "It was good for the employees," Corey explained, "because they got a public sector employee to stay home. The private sector employees got to make an extra buck... There's just been a [lot of] hypocrisy over the past few months."

Fortunately, parents aren't taking the situation sitting down. They're driving a nationwide conversation about school choice that's already resulted in five states -- Arizona, Iowa, Indiana, West Virginia, and Kansas -- passing bills out of committee that puts education decision-making back in families' hands. And the movement is only building steam.

People are starting to realize that Washington can't bully states around -- not when they only kick in about eight percent of the states' education budgets. The federal government wants to dictate what happens in our classrooms, but at the end of the day, Americans are paying the bulk of the price through property and state taxes. You, as the parent, should be determining what's happening in your local community. And the best way to do that is to get behind legislation where the funds follow the students.

"Families have always gotten the short end of the stick on K--12 education. But it's more obvious now than ever," Corey said, " and families are figuring out they're getting a bad deal. The only way that we're ever going to fix that uneven power dynamic is to give families real options by funding students directly." 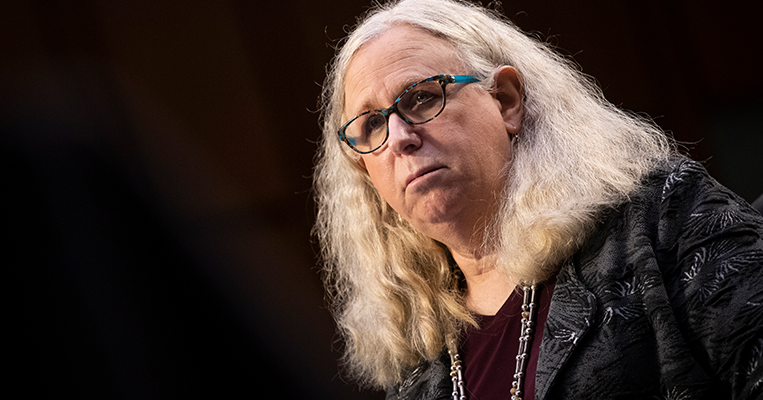 Rand Paul Pushes for Sanity in the Transgender Debate
NEXT 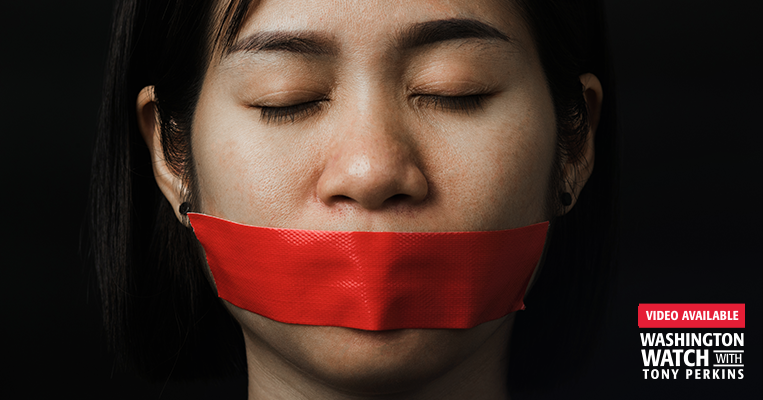