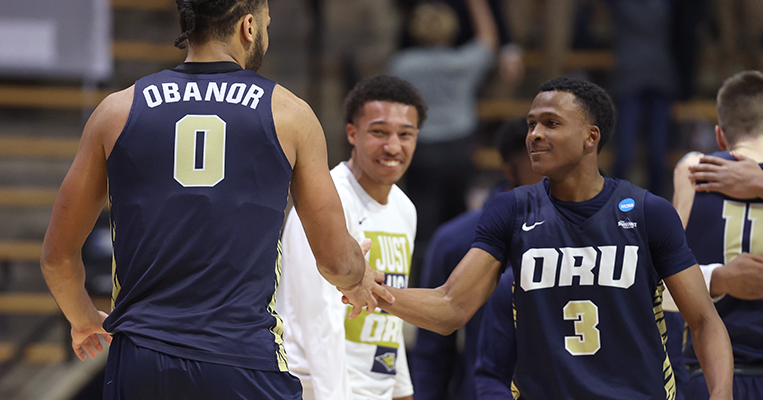 Everyone loves an underdog. Well, almost everyone. While the rest of the country rallies around Oral Roberts University, cheering on the Cinderella of this year's NCAA basketball tournament, USA Today says the slipper doesn't fit. The small Tulsa college is evangelical, they announce, as if it's news. That means they believe the Bible. And if they believe the Bible, an editor argues, there should be no place for them on the court -- or anywhere else in polite society.

"Oral Roberts isn't the 'feel good' story we need," the headline screams. Forget the heart it took for these players to topple powerhouses like Ohio State. Ignore the improbable run they're on toward a national title. All that matters is that they have Christians beliefs that "can't and shouldn't be ignored." The university is "deeply bigoted," Hemal Jhaveri insists, and as it enters the rare air of the Sweet Sixteen, her goal is to make sure they never get there again.

"While the school has been soundly mocked on social media for its archaic standards of behavior and code of conduct that bans profanity, 'social dancing,' and shorts in classrooms," she writes, "it is the school's discriminatory and hateful anti-LGBTQ+ policy that fans should protest as the Golden Eagles advance in the tournament... [A]s part of their honor code, the university requires students to abide by a pledge saying that they will not engage in 'homosexual activity,' and that they will not be united in marriage other 'than the marriage between one man and one woman.'"

Calling the school every nasty adjective in her thesaurus -- "toxic," "morally regressive," "prejudiced," "homophobic," "sexist," "transphobic," "fundamentalist," and "discriminatory" -- she goes on to make the case that Christians like these kids shouldn't even be allowed to compete. "[The team] earned a ticket to the Big Dance even though the university's foundations expressly go against the very things the NCAA say they value. The fact is, any and all anti-LGBTQ+ language in any school's polices should ban them from NCAA competition... Whatever the Oral Roberts men's basketball team manages to do on the court can't obscure the dangerous and hateful ideology of its core institution."

Of course, at the end, she leaves no room for comments -- guessing (rightly) that most Americans would be horrified by the suggestion that there's no room for Christians in collegiate sports. But as shocking as that idea may be, what lurks beneath is much more sinister. If you follow her logic to its natural conclusion, this isn't just about sports. If orthodox Christians don't belong in basketball, why should they be allowed in business, entertainment, education, government, or medicine? If Christianity behind closed doors, on private property, in a private school, is now a target of outrage, where do you draw the line? Extremists like Jhaveri wouldn't.

This is the canary in the coal mine when it comes to religious freedom. Because the real goal here isn't just pushing ORU to the exits. It's about driving all Bible-believing Christians, Christian education, and Christian institutions into some sort of spiritual ghetto -- far away from the public square. It's the idea that religion is something we should keep to ourselves. And eventually, as we've seen in oppressive regimes throughout history, even that won't be enough.

The Left hasn't fully implemented their plans, because they haven't had the benefit of another radical president in the White House to build on Barack Obama's legacy. Now they do. And his intentions could not be clearer: surgically target people of biblical faith. With the Equality Act, Joe Biden would light to the torch to the First Amendment, giving Democrats the power to demand conformity on the party's only true religion: LGBT orthodoxy. Some Christians, desperate to stop him, have suggested a compromise. Leave us a tiny patch of ground to practice our faith, they say -- an island where the government can't coerce us on gender and sexuality. They call their proposal, quite mistakenly, Fairness for All. And plenty of well-meaning believers have lined up behind it.

What they don't realize is, in the face of intolerant crusades like Jhaveri's, their concessions wouldn't matter. ORU wouldn't be protected from a private organization like the NCAA under Fairness for All -- nor would any Christian entity. Their players would be left like any believer who wants to participate in the culture: twisting in the wind, with no power to fight back. Maybe Fairness for All would protect them from the government's mandates (for now), but their island would have no shade from the rest of society's heat. Nothing would stop the NCAA or any other organization with student ties from cutting off biblical institutions at the knees -- including medical programs, debate teams, science competitions, internships, scholarships, research fellowships, training programs, you name it. Under a law like this, it's only a matter of time before Christians are stranded on the island they traded their constitutional rights for.

"It's hard to imagine higher stakes," Dr. Albert Mohler warns. "Because we're talking about nothing less than the future of religious liberty in this nation." Finally, the church -- which has been lulled to sleep under false assurances for too long -- has no excuse. The Left's true agenda, which they've worked to disguise for years, is hidden no more. "Many fellow Christians think they can escape the cultural conflict over LGBT-related issues," FRC's Travis Weber has warned. "They really don't think it will come to the door of their home or their church -- or their school. Yet it's coming to our doorsteps, whether we like it or not." The time to stand is now.

For more on the threat of Fairness for All, don't miss this special Pray, Vote, Stand broadcast. 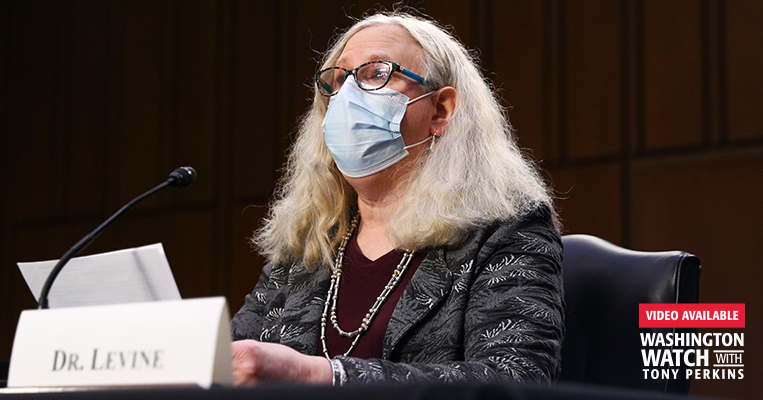 HHS's Second in Command Is First in Trans Advocacy
NEXT 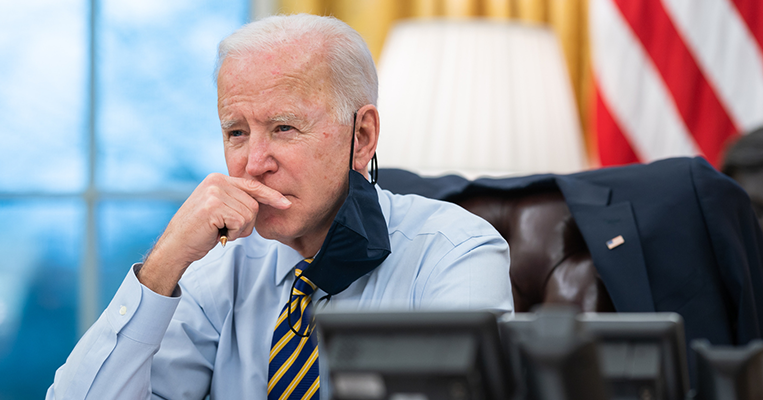 Young at Heart of Hyde Debate