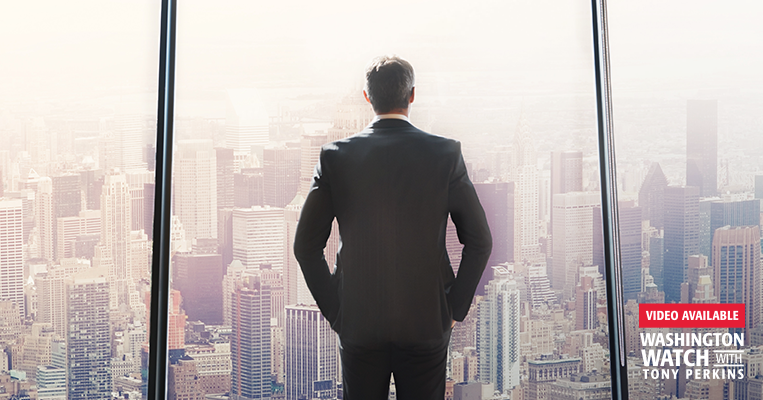 The media would love for you to believe that every corporation is going woke -- but that isn't exactly reality, Zogby warns. Business leaders might feel the squeeze of the far-Left, and some might even surrender to it, but deep down, they're just as worried as the rest of us about what cultural extremists are doing to America. And now we have the data to prove it.

Of the 500 business leaders Zogby polled, a solid majority -- 61 percent -- said that "progressive ideas on race, gender, post-colonialism, and 'cancel culture' were undermining society" and "unnecessary." A majority of every subgroup, the organization found, was concerned. Not surprisingly, executives in smaller companies felt even more passionately that radicalizing business was a step in the wrong direction for America.

What can we learn from all of this, Zogby writes? "The threat of 'cancel culture' is real. People's careers, lives, and families are being destroyed because of certain beliefs, or statements made recently on social media, or in conversation many years ago. While some things people say are hateful and not easy to forget, wouldn't it be wiser to educate people and teach them right from wrong than to cancel out their existences? Turning a bad moment for someone into a teachable moment is a far better solution than mob rule and character assassinations."

Earlier this year, when MyPillow was being booted from stores like Kohl's and Bed, Bath, and Beyond because of Mike Lindell's concerns about election fraud, he said he'd talked to a lot of executives who pulled his products from their shelves. And guess what, he told me? They aren't making these decisions because they want to. They're making these decisions because they're scared out of their minds of being labeled a bigot or hater. "They all live in fear. Everyone lives in fear."

But is their move to the Left paying off for them? On Thursday's "Washington Watch," Breitbart's Matt Boyle said no. The GOP, who used to be a staunch ally of Big Business -- and fought to give them the favorable economic climate they need to prosper -- is backing away from the corporate world over its wokeness. In a memo from a group of GOP insiders and strategists, Republicans across the conservative and establishment spectrum, warn the business communities that they're moving on.

"As the GOP shifts away from the elites toward the everyman," the memo points out, "Democrats in Washington [will] continue their efforts to punish companies with tax hikes and regulatory burdens." In other words, Matt explains, the companies won't have anyone left to defend them -- or their interests. All because they abandoned neutrality in favor of extremism. They're fighting the Left's culture wars and driving Republicans away from them and back toward the refreshed GOP base. Not realizing, he points out, that Democrats will never reward them for being "woke enough."

"An unraveling is coming," the memo predicts, as Republicans ditch Wall Street for Main Street. "That's not to say that the GOP [suddenly] favors more spending or higher taxes," Matt points out, but "this is a message, a warning, to companies that as they throw in with the leftist ideology of pushing for everything from the transgender agenda to [open borders]." Pretty soon, the GOP won't be there to defend them. "Their companies were traditionally protected by Republicans. Republicans were the party of fighting back against corporate tax hikes, fighting for like open trade deals, free trade deals, that type of thing. You're starting to see less and less of that among Republicans." They're focusing on a populist agenda instead.

This is a major wake-up call for corporate America. If these CEOs are caving out of fear, they need to realize: a) they don't have to. If 61 percent of the business community is opposed to this political takeover, then it's time to harness that strength and push back. Recent history (Goya, MyPillow) suggests that American consumers will reward the companies that stand up to bullies. And b) these CEOs aren't going to get anything from the Left for kowtowing anyway. "They're bowing down before these crazy radical leftists... and this kind of an appeasement strategy" isn't working, Matt pointed out. "The Left isn't giving them anything for caving in to every one of their demands. They're just demanding more. It's like, negotiating with the terrorists, once they figure out that you can be negotiated with..."

The reality is, this wokeness isn't endearing companies to anyone but the fringe Left. So Big Business needs to choose its next steps carefully. As the old guard of the Republican Party leaves and retires, they're being replaced by conservatives like Senators Josh Hawley (R-Mo.), Marsha Blackburn, and other "firebrand populists," Matt explains. And this new blood isn't interested in protecting woke corporations for the sake of old economic alliances. They're more interested in protecting the average American worker and consumer and standing up for what they believe. If the business community won't stand with them, then the business community will be standing alone. 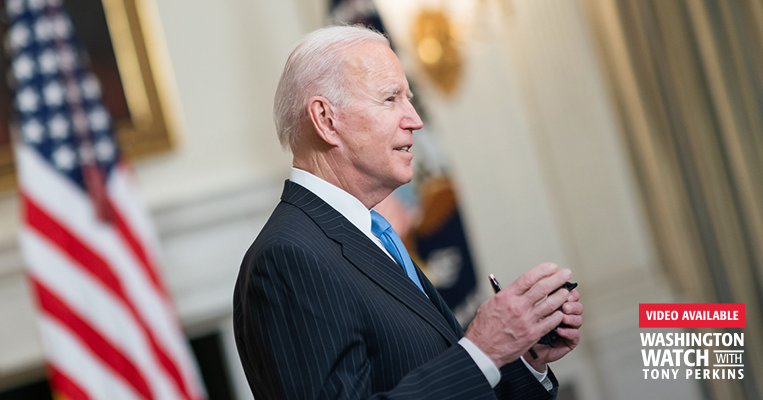 GOP to Biden: Restore Law and Border
NEXT 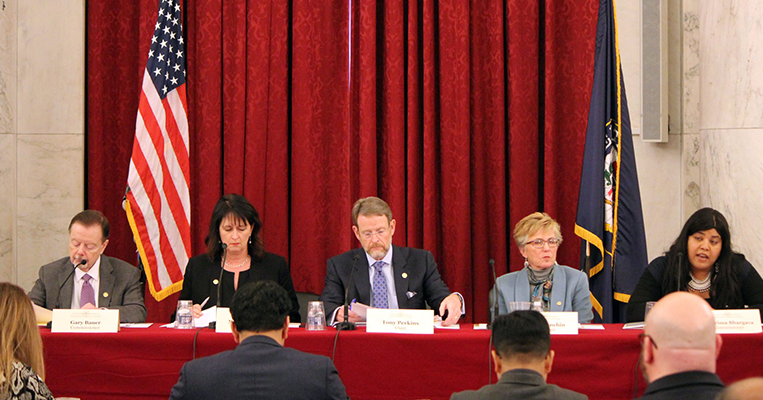