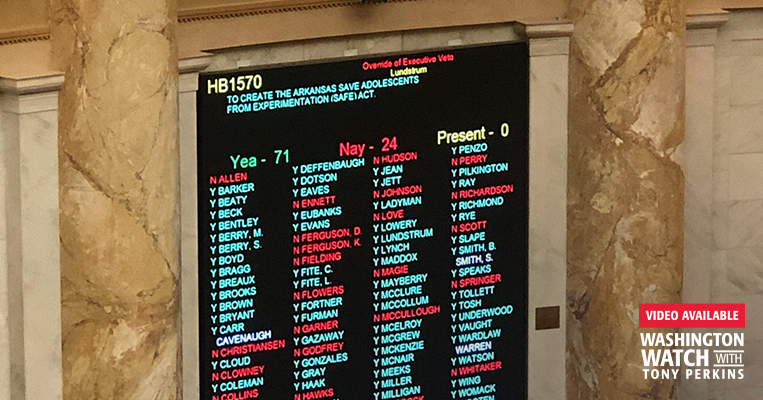 Arkansas Governor Asa Hutchinson (R) had a say in the SAFE Act -- but he won't have the final one. This afternoon, barely 24 hours after the governor tried to sink a bill to protect children from life-altering transgender surgery and drugs, the state legislature voted to override him. By a 71-24 vote in the house and 28-7 vote in the senate, leaders like Rep. Robin Lundstrum (R) sent a resounding message that they won't be deterred from doing what's right for Arkansas kids.

Monday, after the governor refused to stand up and do the right thing, Robin -- the SAFE Act's House sponsor -- told me on "Washington Watch" that it was tough to watch. "... [A]s soon as the governor's letter explaining the veto arrives, which I suspect will be [Tuesday] at one o'clock, we will address it then. And I hope that we can override the veto and we can protect children in Arkansas now."

An hour after that letter arrived, she and her colleagues did act -- voting for a second time to take that historic step and stop minors from making the worst mistake of their lives. When the governor implied in his veto press conference that the law wasn't needed, Robin dismissed that notion completely. "I would strongly disagree. "No, we're not doing surgery on children in Arkansas. But when you give chemicals to a child, when you give drugs to a child that will cause infertility and long-term health problems, it's the same. If you cut off an arm or give a child the chemicals to cut off an arm, it's the same. I don't see the difference. We can't just turn our back on children -- and I think we can't turn our backs on parents either. Kids are under a lot of pressure these days to go with the trend. And I think we need to have the parents back as well."

Today, Arkansas had the backs of every mom, dad, and child in America. Our biggest congratulations to all of the courageous men and women who refused to be deterred -- not by the governor, not by the Left, and not by the bullies in the media. The people of Arkansas have spoken. And not just for their children but for children around the country -- who all have a better chance of protection now that this state has stepped up and shown them how it's done. 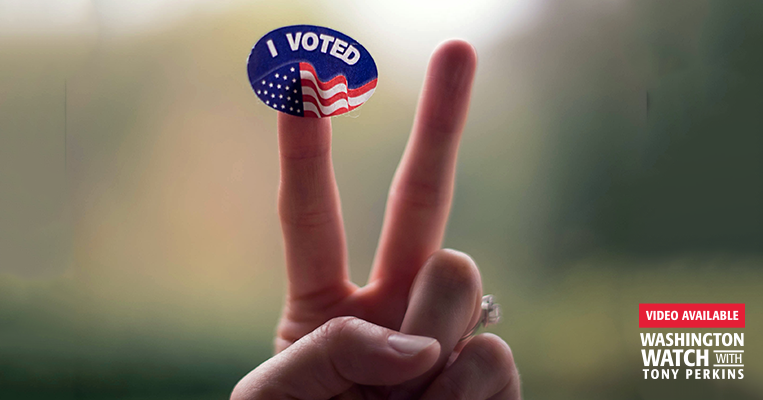 Atlanta Braves a Sneak Attack by Dems
NEXT 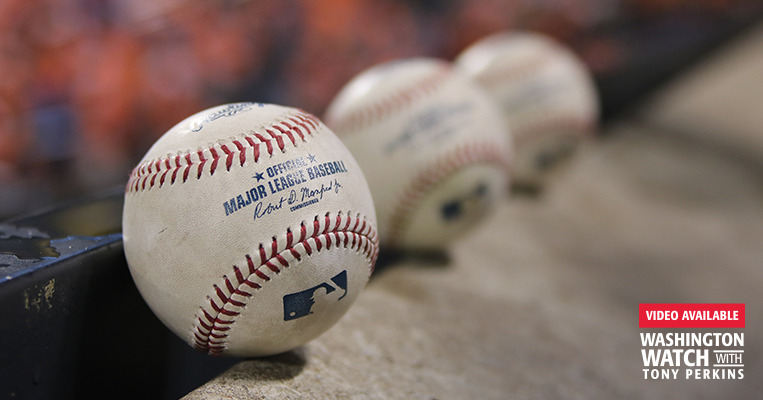