Dems: Give Them a Bench, They'll Take a Mile 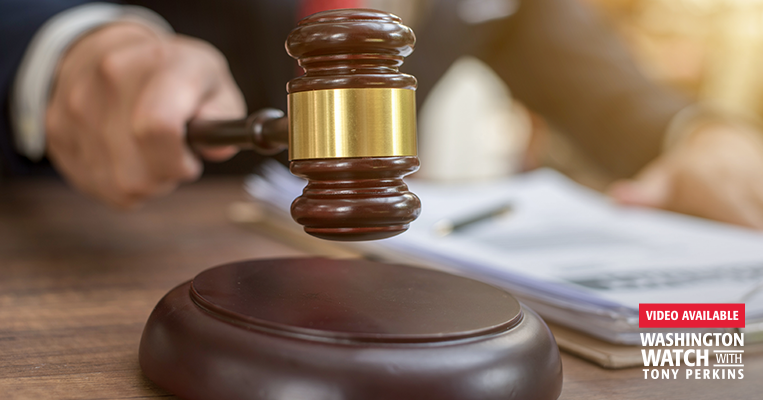 Packing the courts isn't the only way Democrats can get what they want. And they know it. As disastrous as adding four more justices to the Supreme Court bench would be, threatening it is almost as effective. Joe Biden learned that from the man he desperately wants to be: FDR. The 32nd president wanted to overhaul the judicial branch, too, and never managed it. But what he did do to the courts was just as beneficial in the end -- he scared them.

Like Biden, Franklin Roosevelt didn't take kindly to the constitutional roadblocks to his liberal agenda. After a little while, he was so tired of conservative justices undermining his Big Government expansion plans that he floated the idea of taking over the court. Congress opposed the idea, but in the end it didn't matter -- the threat was enough. "Progressives never had to carry out their threats..." the Wall Street Journal points out. "All they had to do was encourage judges to consider the advantages of judicial 'restraint' and 'deference' to the political branches." That message was enough. "Unnerved by the bullying, some Supreme Court justices lost their courage," Columbia University's Philip Hamburger explains. They tried to "save the court" from Roosevelt's radical makeover by trending liberal.

Not much has changed, unfortunately. One look at Chief Justice John Roberts tells us that. A lot of legal experts think his liberal streak is nothing but a desire to protect the court's status quo. If he can show the Left that the justices are "moderate enough," then maybe he can stop them from adding seats. But that's a fool's errand. Today's Democratic Party doesn't want a "moderate court," or even a divided one. They want a full-on activist court that will do their bidding no matter what the constitution allows. "After more than a century of progressive threats," the Journal warns, "the justices have backed away from much of the Constitution already... Will they now smash what is left?"

Look, Senator Roger Marshall said on "Washington Watch," "We've had nine Supreme Court justices since 1870. But now the Democrats are upset that we have a 5-4 ratio of so-called 'conservatives' and 'liberals' on the court. And frankly, [it's] probably a stretch -- based on some of their votes -- to call some of these folks 'conservatives.' But Democrats can't win by the rules, so they're going to change the rules. They're going to grab power." It's incredible, he pointed out, just how blatant the other side has been. "The first test of leadership is that you don't try to grab more power when you have the opportunity." Democrats can't help themselves.

Of course, after the huge uproar over her party's new court-packing bills, House Speaker Nancy Pelosi (D-Calif.) claimed, "I have no intention to bring [the legislation] to the floor." But moments later, when a reporter asked about Joe Biden's commission to revamp the Supreme Court, Pelosi agreed that "it's an idea that should be considered. It's not out of the question." The moral of the story, House Minority Leader Kevin McCarthy (R-Calif.) said Thursday night, is: don't trust her. "Do not trust Nancy Pelosi when she says she will not move it." This is about control, he insisted. "They have two branches right now. The only thing that holds them back from their socialist views going forward... is the Supreme Court..."

In the meantime, the justices are human. They read the newspapers. They see where the pressure is coming from. The message from the Left is: If you don't conform to our radical policies, then we're going to add four more people who will. That's what politicizes the courts, Marshall insists. "And even some liberals would agree that it jeopardizes the legitimacy of the courts in the minds of the American people. That's why [our] job is so important," he argued. "I still believe that you and I represent the values of the supermajority of Americans... the sanctity of life, the God-given values of freedom of speech, freedom of religion... So we've got to gird up our loins, as they say, and speak loudly now."

As the WSJ warned, "There is little value in a court that's been corrupted by fear." But there's also little value in citizens who are too consumed by fear to stand up for what's right. And in this moment, that's what this nation needs: people who refuse to be intimidated, who speak truth -- and hold our leaders to it. 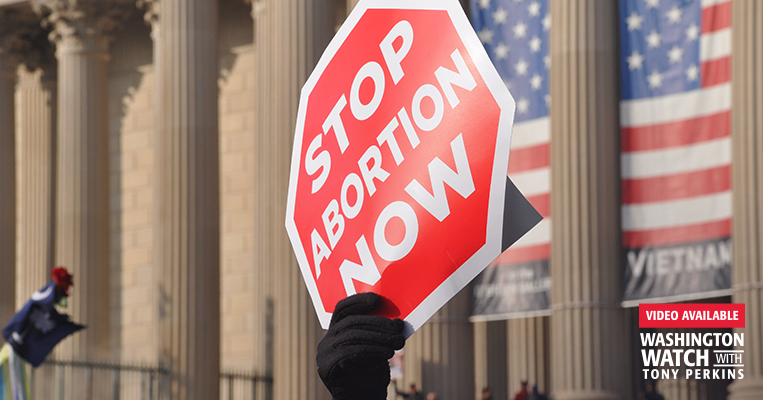 Biden: Planned Parenthood Shall Be Funded
NEXT 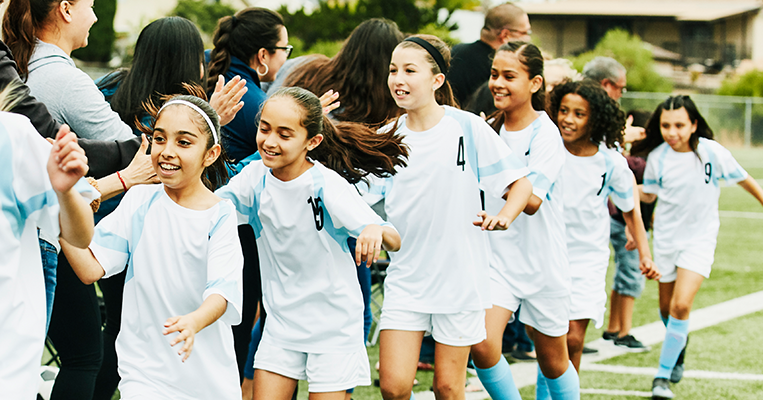 States Drop the Gloves with the NCAA