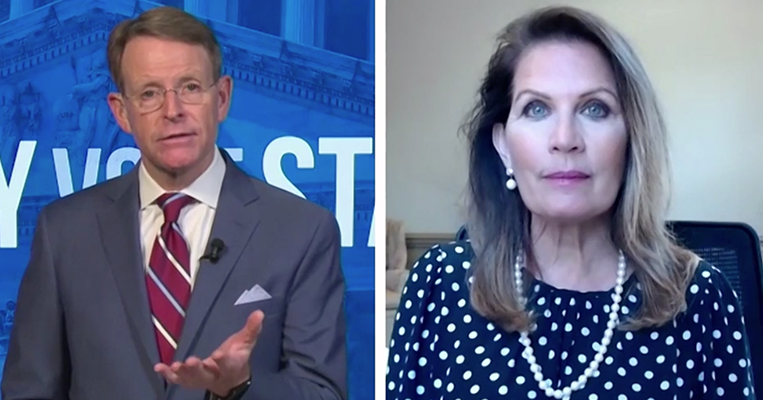 Is Joe Biden a "moderate"? If one were to listen to the mainstream media leading up to the 2020 election, the answer would be a clear "yes." But 100 days into the Biden presidency, one thing is painfully obvious: Barack Obama's eight years are looking moderate compared to the extreme leftism of Joe Biden. With an approval rating the third worst of any modern president (but with glowing reviews from socialist congresswoman AOC), President Biden is failing at a historic level at "unifying" the country -- a distant promise from his inaugural address that seems centuries old already.

During FRC's Pray Vote Stand broadcast this week, Ben Carson, former Secretary of Housing and Urban Development and current head of the American Cornerstone Institute, observed that things are changing at an immoderately rapid pace in America under Biden. "We actually have people everywhere around this country now, stopping and thinking about, 'Can I say this? Can I think that?' And they said, 'But it's not really a restriction of freedom of speech because it's not imposed by the government.' That's not the issue. It is guaranteed to us by God, and if Big Tech and the media are imposing it with the compliance of the government, it's every bit as bad."

Carson also underscored the disheartening trend that America has taken with regard to faith: "When it comes to our faith, which is the most important cornerstone, recent polling has shown that less than half of our people now identify with a church or go to a church on a regular basis. That faith component teaches us how to interact with our fellow man. It says to love your neighbor, to care for the poor, to pray for those who spitefully use you ... Now that's being replaced with 'hate your neighbor,' 'cancel your neighbor,' and 'help the poor only if they check all the boxes.'"

Carson went on to note the importance of being a student of history in our current moment. "When Khrushchev said 60 years ago that 'your grandchildren's children will live under communism, and we won't have to fire a shot,' I think he may have known what he was talking about, because he realized that all they had to do is gain control of the educational system so you can indoctrinate the kids, gain control of the media so that you can spoon feed the people only those things you want them to know and exclude the things you don't want them to know, remove God and replace him with government, and increase the debt to enormous levels so that you can justify massive tax increases and redistribution of wealth, and take total control. It's so clear -- anybody should be able to see what's happening -- particularly if they're students of history and they know what's happened in other places before."

So what's the way forward? "There's only one successful way forward, and that is to trust in the Lord," Carson said. "We have the [only] nation in the world whose founding documents indicate that our rights come from God. We must talk about that, we must emphasize that, we must manifest those godly principles, we must pray. If God was willing to save Sodom and Gomorrah for the sake of 10 people, we should be in that city."

Former Secretary of State Mike Pompeo also joined the broadcast and shared his impressions of Biden's first 100 days. "What strikes me is that the progressive Left, the hardest of the hardcore, have clearly dominated President Biden's policy," he said. On the international side, Pompeo noted that Biden has "definitely not demonstrated the power and strength that the Trump administration did, and that strength is important because it deters our adversaries."

Pompeo suggested three ways that America can get back on the right track. "First, speak your faith. Talk about this with your friends at work. Make this something that is a topic of conversation. Let them know how you think America needs to proceed. When we do that as faithful servants of the Lord, we have every opportunity to make America better. Second, live it. Run for school board, join the PTA, participate in a community activity, underwrite an organization like this one or another great organization that is promoting religious freedom and the values that we care about. Finally ... elections do have consequences ... if we can gain control of the Senate [and] House, in addition to more governorships and more state legislatures, the risk that the Biden administration will be able to undermine the things that we hold most dear will be greatly reduced. Every one of us can participate in that. I hope everyone will join us." 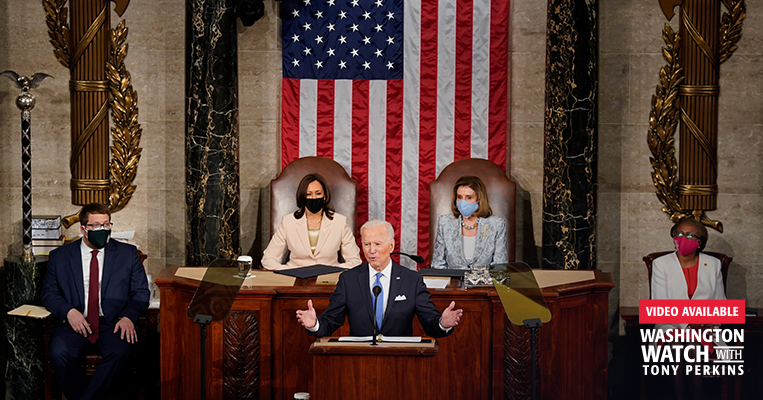 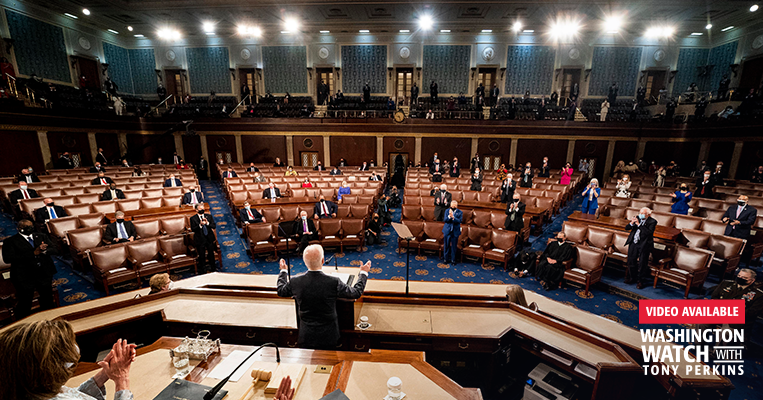