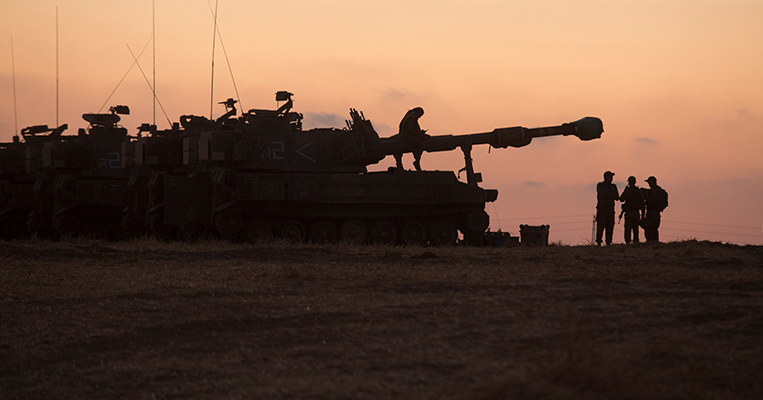 For a while, the sky was still. With smoke billowing through Gaza, the overnight lull was interrupted by more rocket fire. Israeli jets, which had been grounded in hopes of longer quiet, took off -- resuming a fight that shows no signs of stopping. On the West Bank, where fuel and humanitarian aid was finally getting through, an explosion of mortars put a halt to the convoys and the government was forced to close the border. To the north, new shelling from Lebanon came to an abrupt halt when Israel fired back. "I am sure that all our enemies around us see the price we have levied for the aggression against us," Israeli Prime Minister Benjamin Netanyahu warned, "and I am sure they will learn the lesson."

Or have they? The temporary quiet, a few hours peace, was interrupted by more sirens Tuesday, as Hamas launched another round of attacks. While international leaders demand access to the devastated areas, Israeli officials have made it clear, "No deliveries can be made while the bombings continue." To all of America's terrorist sympathizers, like Rep. Rashida Tlaib (D-Mich.) who's accused Israel of apartheid, it should be painfully obvious who's keeping this conflict going.

"We grieve for every noncombatant loss in Gaza, and we grieve for all our civilians who died," Netanyahu insisted. As for Hamas, "they're happy with their own civilian casualties, because it gets that the international community to focus [on Israel's attacks]. That's wrong. It's both wrong and unproductive. But actually, what it does is prolong the conflict and escalate and increase the number of casualties that happen as a result of the continuation of the conflict."

Here in the U.S., the Democrats and Leftist media are happily playing along -- openly condemning Israel for its acts of self-defense. "We get it," Senator Ted Cruz (R-Texas) blasted the press's radical enablers, "you don't like the Jews." And yet the media's finger-pointing -- combined with the outrage from the Democrats' most vocal anti-Semites -- has sparked all kinds of anti-Israeli backlash. Streets from Chicago to L.A. have been filled with protests, as misguided Americans burn blue and white flags and carry signs about Netanyahu's "war crimes."

To Republicans like Rep. Michael Waltz (R-Fla.), the whole scene is sickening. "Israel is a democracy. Israel is our ally," he argued on "Washington Watch." "By contrast, Hamas is a terrorist organization that is not only firing thousands of rockets into cities intending to cause casualties, but they're doing so… standing behind their own civilians, deliberately launching these rockets from schools, hospitals, mosques." They want an Israeli counterattack on these buildings, on these innocents, Waltz insists, so that they can use it for propaganda. "It's sad and disgusting."

Hamas has launched almost 3,500 rockets into Israel, sending families into bunkers and drivers onto the flat pavement of the road, covering their heads. All of these people, Waltz points out, "have anywhere from 10 to 15 seconds to get their entire family into the bunker once the alarm sounds. That's the type of threat they live under every day." Any nation "would destroy a terrorist enemy shooting thousands of missiles at its cities," Senator Tom Cotton (R-Ark.) argued. Americans should be standing with Israel all the way. The rest of the criticism, Israeli Defense Minister Benny Gantz said pointedly, "is hypocritical and detrimental to the global fight against terror."

As for the mixed messages of the Biden administration, conservatives say, they aren't helping. On one hand, the White House is resisting the radical wing of its party, and on the other it's undermining Israeli credibility. Just Monday, Secretary of State Antony Blinken publicly disputed the Israeli intelligence showing that Hamas was burrowed in the Associated Press headquarters that Netanyahu's forces leveled after evacuating it. "I haven't seen it," Biden's top diplomat shrugged when he was asked about the "smoking gun" that led to the building's takedown.

But maybe the better question, Senator Cotton fired back, is: "Why is the Associated Press sharing a building with Hamas? Surely, these intrepid reporters knew who their neighbors were. Did they knowingly allow themselves to be used as human shields by a U.S.-designated terrorist organization? Did the AP pull its punches and decline to report for years on Hamas's misdeeds? I submit that the AP has some uncomfortable questions to answer."

Until then, the world will keep watching and praying. You can join in this Wednesday at 8:00 p.m. (ET) as we host a special Israel-focused Pray Vote Stand broadcast. To watch live, click over to PrayVoteStand.org. 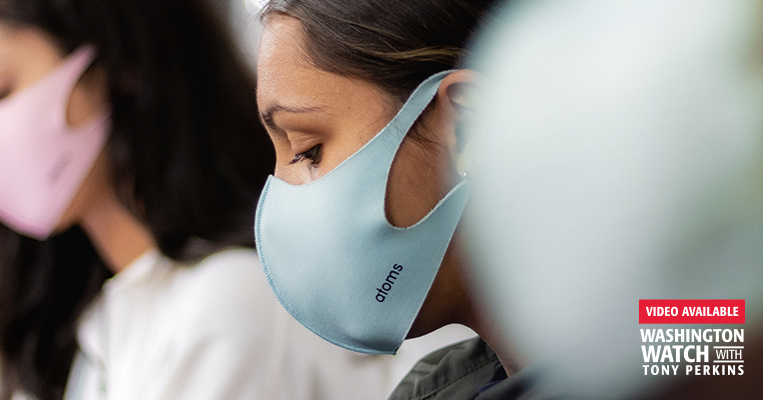 California's Persecution of Churches Comes to a Screeching Halt
NEXT 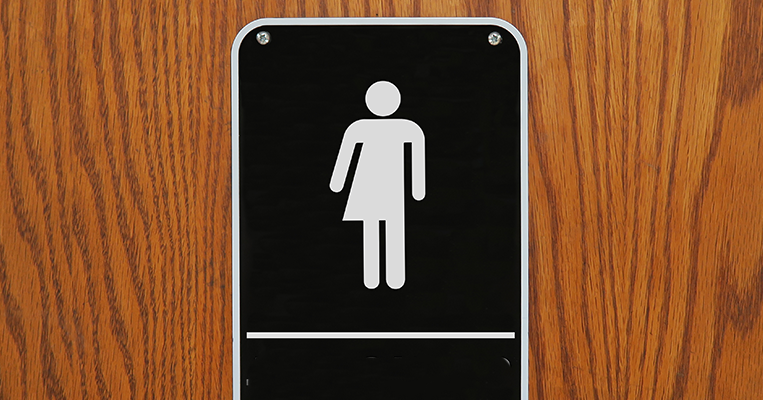 A Swing and a Miss for the NCAA