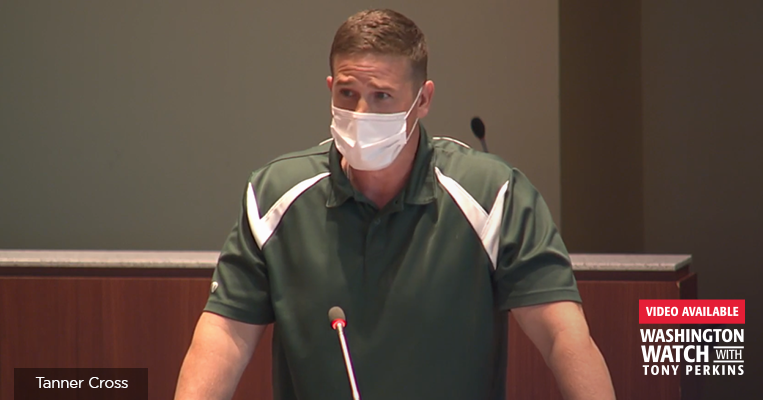 One thing was for sure: they didn't come to be quiet. The parents of Loudoun County, Virginia who were packed into every available chair at Tuesday's school board meeting were angry. For months, they'd been warring with the district over its woke curriculum in a feud so bitter that it made the national news. But it was the suspension of Tanner Cross, a P.E. teacher who spoke out about a new transgender policy, that turned the local temperature from hot to boiling.

For new superintendent Scott Ziegler, who watched the room slowly unravel, it was not what he had imagined for his first day. Ziegler had been on the job as the interim boss, but Tuesday's fireworks were nothing like he'd experienced. One parent after another stormed to the microphone to object to either Cross's treatment or the district's string of radical policies. At one point, a dad slammed down a copy of the First Amendment, looked up to the dais, and bellowed, "I'm going to leave this here, and I hope you learn something." For four hours, they took turns telling the board to stop "instilling progressive Left ideas on our children." "It's not appropriate," one mother said, "to silence, bully, or dismiss our views as parents."

Waving dozens of signs that read "You're fired!" or "Stop Critical Race Theory!" they were the picture of the new conservative uprising. Right now, one dad insisted, "LCPS is ground zero for parents like me to protect our kids and take back our schools." And if Tuesday night is any indication, they'll do anything they can to make the district listen. If that means going door-to-door in 90 degree weather to recall school board members, they'll do it. If it means filing lawsuits against the schools' curriculum, they'll do that too. If it means showing up at rallies for a Christian teacher who wants his students to know the truth, they'll bring their friends.

It's a snapshot of what's happening in school districts all across America. Parents are awake, they're engaged, and they're lighting a fire under local communities to stand up and fight back. In Rapid City, South Dakota this week, local families were so frustrated by the indoctrination in their district that they organized a boots-on-the-ground campaign -- a lot like the parents of Southlake, Texas did -- and managed to sweep all four open seats on the school board with conservatives. Like Loudoun, they refuse to take this radical takeover lying down. And when people speak out -- like Tanner did -- it gives others the courage to do the same.

Cross's attorney at Alliance Defending Freedom said they talked to a lot of teachers at the school who agree with Tanner, but they're scared to come forward. Thanks to Circuit Judge James E. Plowman Jr., they don't have to be afraid anymore. In a reproachful ruling Tuesday, Plowman ordered Loudoun County to reinstate Cross, calling what the district did "an unnecessary and vindictive act." It was an "unconstitutional" action, he wrote, and it has "silenced others from speaking publicly on the issue."

The order to reinstate Tanner was cheered by the district's biggest critics, who argued at Tuesday's meeting that no teacher should ever be punished for advocating for the good of their students. "What we need," Tanner's ADF attorney, Tyson Langhofer, argued on "Washington Watch," is more teachers "engag[ing] in the political process." Look, Tyson said, "the First Amendment hasn't changed. The principles [of free speech and religious freedom] are still here -- and if they're willing to stand, we can win this battle. But we can't win if they won't stand. We can cancel Cancel Culture if people have the courage to stand. And I will encourage them to do what Tanner did, simply speak the truth and then the truth will set you free. You will prevail eventually." And here's the thing, he pointed out. "I've represented a lot of clients like Tanner, and none of them have ever told me that they regret taking the stand. That doesn't mean that they didn't pay some price. But what they gained out of it was far more valuable than anything that they lost."

As for Tanner, he's just excited to get back in the classroom before the summer ends. But he hopes his case gives a lot of people in the district something to think about before next fall. "I don't want any teacher -- or anyone who lives in this great country -- to not be able to express how they feel about any policies in their workplace that might be harmful... I would encourage teachers to just express themselves freely." Hopefully, he added, they won't be punished. But if they are, we've learned one thing: the local community will have their back. 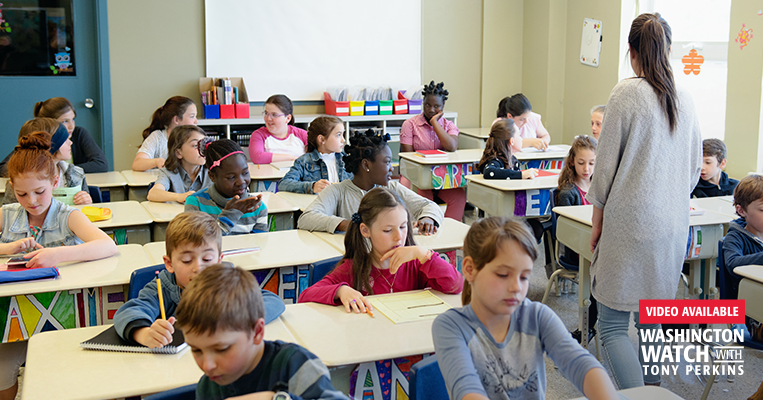 Parents Sound Alarm on the Left's Classroom Warfare
NEXT 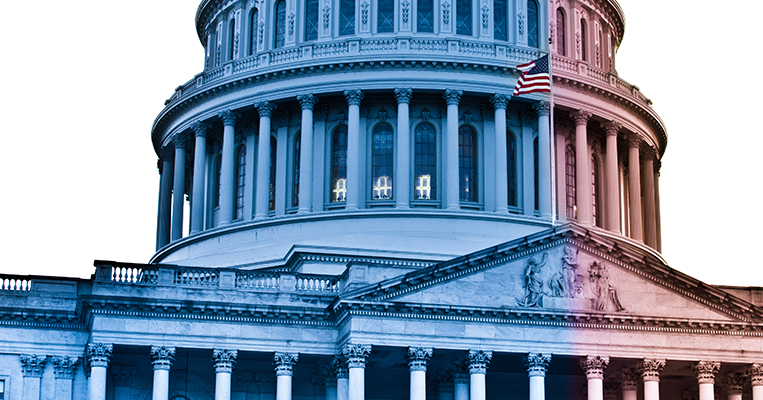