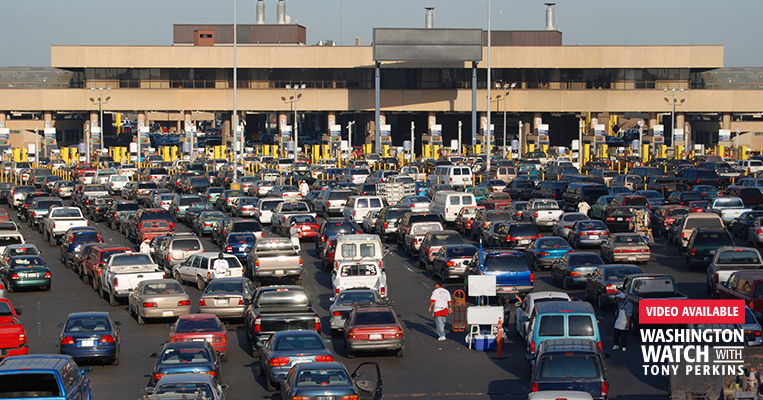 By the time agents got to the truck, the 33 bodies crammed in the back were already passing out from the heat. Shirtless and dehydrated, almost half of the human cargo had to be hospitalized. At a sweltering 106 degrees, without water or air, who knows how many of the smugglers' victims would have survived? "Had our heroic agents not been able to free these trapped undocumented migrants," one Border Patrol chief said, "we could have seen 33 miserable deaths..." And they wouldn't have been the first casualties of a Biden administration living in denial about the immigration crisis. Not by a long shot.

This isn't just a deadly surge for the people attempting it either. Agents in Del Rio, Texas are warning everyone in the local community to be on guard, as more dangerous criminals slip into the U.S. and into nearby neighborhoods. Just since January, there's been a 3,166 percent spike in the arrests of convicted sex offenders and a very worrisome trend of MS-13 gang members spilling into the streets from places like El Salvador. And as the flood of illegal immigrants climbs higher, it's getting harder and harder to catch them.

Last month alone, the U.S. Customs and Border Protection announced that 180,000 migrants tried to cross into the country illegally -- 2,000 more than April and a staggering 675 percent increase over last May. The situation is so out of control that other states are trying to pitch in. Nebraska's Governor Pete Ricketts (R) has been so appalled by President Biden's inaction that he dispatched some of his own state troopers to Texas to help the short-handed communities. If the president won't respond, he says, they will.

In the meantime, morale is so low in the border patrol community that a lot of agents are considering early retirement. "We have so many people coming across, and then, we're out there killing ourselves to catch them, rescue them, or whatever it is, and then, they're being released," said a frustrated Rosemarie Pepperdine. "Why even bother?" She and her disgruntled colleagues are sarcastically calling themselves the "U.S. Welcome Patrol." Brandon Judd, the head of the union that represents the majority of these agents, didn't shy away from who's to blame. "I can confidently say that President Biden owns this crisis. It is his fault."

And appointing token "border czar" Kamala Harris certainly didn't help. The abrasive vice president, who told NBC's Lester Holt that she didn't "understand the point" of visiting the border has only made the optics worse for the flailing administration. Well, a growing number Republicans "don't understand the point" of Harris in that role in the first place. In a terse letter to Joe Biden, 56 House members say that Harris's inaction is an insult to the people who risk their lives to protect the country. "In the 85 days since the vice president has been tasked with solving this crisis, she has yet to visit the border and meet with Border Patrol agents, Immigration and Customs Enforcement (ICE) officials, and local law enforcement officials," the members argue.

"At the time of her appointment, you stated, 'I can think of nobody who is better qualified to do this.' We disagree. This country cannot afford another minute of inaction from Vice President Harris. While you have publicly defended the vice president, even you must be discouraged with her inaction. We have all made mistakes in hiring and understand when someone else needs to be assigned to a task. We sincerely urge you find someone else in your administration to assist you in getting a handle on this border crisis."

The GOP's frustration continues to boil over in other ways too. Rep. Ralph Norman (R-S.C.) dressed down Homeland Security Secretary Alejandro Mayorkas last Thursday during a committee hearing when the Biden official called the question of whether Harris should visit the border, "quite unfair." "I asked you a simple question," Norman fired back, "and I would like for you to just simply answer. Does it make sense for the leaders of the free world to... see what's going on at the border. She's "quite familiar with the situation at the border," the secretary responded. "But she's laughing at it," Norman reminded him. "It's an insult to say that you're looking at the border wall... What do you have to look at it? You're not building it!"

That's a fact Texas Governor Greg Abbott (R) knows all too well. Last week, he announced that he'd allocate $250 million of his state's own budget to keep building the border wall. It's a "down payment," Abbott said, "my commitment... [that] in the federal government's absence, Texas is stepping up to get the job done." Congressman Chip Roy (R-Texas) understands the need. He says he has "conversations every day -- every single day -- with Texans who are irate about what's happening." "Vice President Harris has been traveling to Guatemala. She went to Mexico. But where she's not been is the southern border of the United States. She's not been to Laredo. She's not going to McAllen. She hasn't been El Paso. She hasn't been anywhere where we're seeing massive impacts..."

That's quite a departure from the Trump administration, whose officials made dozens of trips to Arizona, New Mexico, California, and Texas. "We're in our third month of over 180,000 illegal border crossings in one month," former Acting Homeland Security Secretary Chad Wolf lamented on "Washington Watch." "That is astronomically high... and those are just the people who are apprehended," he pointed out. "We don't know if they're criminals, if they're MS-13 -- or worse, if they're terrorists." Look, Chad admitted, "We had a crisis in 2019," but "we talked about it [in a] very, very straightforward [way] with the American people. We described it as a crisis.... And that's not going on with this administration... They're not being [honest] with the American people and describing exactly what's going on there."

The system is broken, the crisis is out of control, and the only way to fix it is to admit it and address it -- two things this administration still refuses to do. 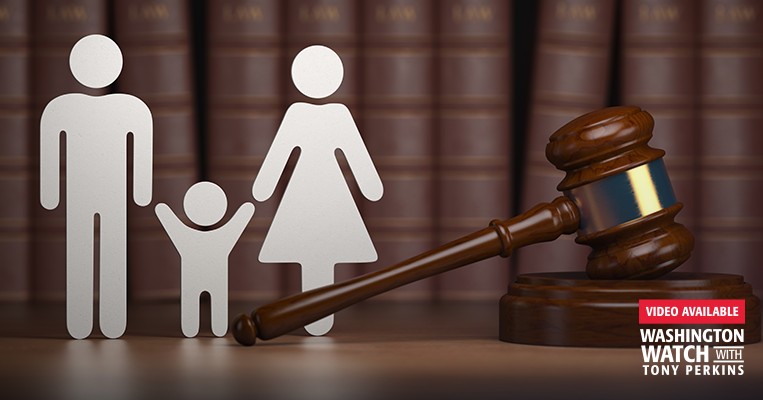 Protecting Religious Freedom in the Culture and the Courtroom
NEXT 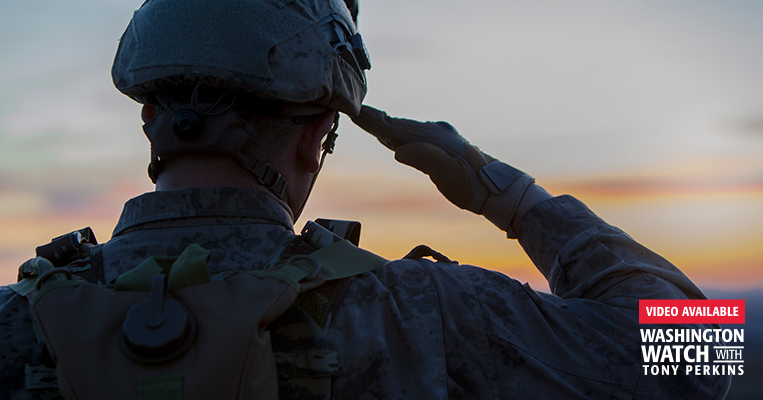