'I'm from the Government, and I'm Here to Vaccinate' 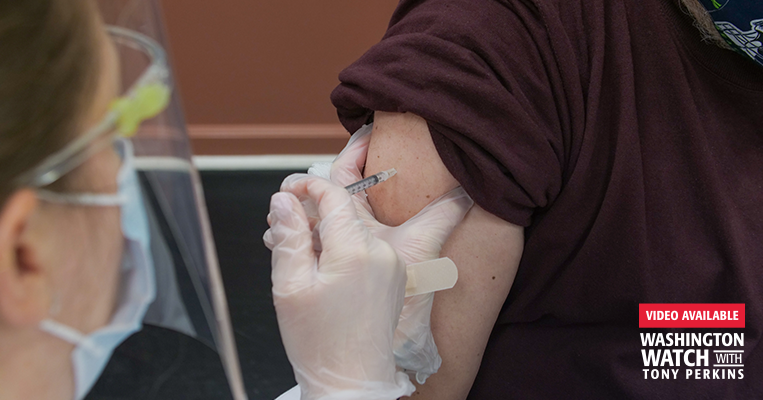 Most people were shocked when the president wanted to go door-to-door with his vaccine campaign -- but that's only the half of it. According to a Pentagon spokesman, the White House is also planning to go barracks to barracks -- requiring the men and women of our voluntary military to involuntarily surrender their freedom and take an unproven shot some of them don't want.

Frankly, Obama Defense Secretary Leon Panetta told CNN, "I think the president ought to issue an order requiring everybody in the military to get a COVID-19 shot -- period. That's an issue involving our national security," he argued. "The last d--- thing you need is to have those in the military that are our warriors unable to respond to a mission because they've gotten COVID-19. There's no excuse for that." Interesting, considering that the same military leadership has been cheerleading the troops' gender reassignment surgery, which renders patients completely undeployable for months. Apparently, it's no problem if you skip out on your job for the extreme LGBT cause. But if you have a personal objection to the vaccine, well then, a handful of potential sick days is unacceptable.

Republicans, who've been absolutely outraged at the government's heavy-handedness, introduced a bill to stop the Pentagon from forcing the shots, which have not yet received final FDA approval, on our troops. Although the vaccination rates are high across every branch, Rep. Thomas Massie (R-Ky.) says he's been contacted by members of the military who vow to quit if the COVID shots are forced on them. And it's no wonder, Congressman Mo Brooks (R-Ala.) explains. "Keep in mind," he told listeners on "Washington Watch," "it's not received final approval from anybody." And there are enough new red flags with the Johnson & Johnson vaccine to make young people think twice.

As deadly as the virus has been, Brooks points out, certain age groups are in more danger than others. "That's not to say there's no risk, but it is substantially lesser [for] the people who are serving in our military. So right now, I very much prefer that our military personnel have the right to choose for themselves, exercise their free will, exercise their liberty to decide for themselves which risk they want to accept" -- whether that's the risk of the virus or the vaccine. "I hope that they'll make the right decision," Brooks added, "but it ought to be their decision. Because it is a life and death one."

In the Marines, where I got more immunizations than I could count, no one was ever ordered to get a flu shot. And essentially, that's what this is. It's not a vaccine in the traditional sense, because it won't protect people from the virus forever. That's not to say it doesn't have value -- it offers protections to people, especially in the high-risk categories. But the fact that the Defense Department has its fingers on the trigger of a mandate, as they alluded in the last few days, ought to be concerning to everyone. Brooks says he finds it "disconcerting" that the military would have this kind of order "already drafted and ready to unleash, particularly insofar as it relates to a vaccine that has not been thoroughly vetted and tested." When the FDA gives its blessing, that's one thing. But there's still the issue, he points out, of "taking the vaccine versus the risk associated with the youth catching COVID. And I much prefer that we defer that to the liberty and freedom and good judgment of our military personnel, all of whom are adults. And I believe that they are mature enough to be able to make that decision for themselves."

Regardless, this idea that the government feels entitled to dictate what's best for us ought to sound all kinds of alarm bells. Just this week, the White House doubled down on the idea of vaccine mandates, arguing that it's the "right" of local officials and employers to demand it. As for Biden's widely panned door-to-door intimidation campaign, Rep. Madison Cawthorn (R-N.C.) warned over the weekend where it could lead. "Think about what those mechanisms could be used for. They could go door-to-door to take your guns. They could go door-to-door and take your Bibles."

That's also crossed the mind of former Congresswoman Michele Bachmann (and FRC Board Chairman), who told Fox News on Saturday that every American should go out and buy a "No Trespassing" sign at their local hardware store "because the government has zero business to do this. Zero. And what they're wanting all of us to do is to check our Bill of Rights, our civil liberties, at the door." The whole point of this country, she argued, "is based upon the fact that we have rights against the government. And they want us, just as a matter of idea, [to] give up all of our [freedoms]." Don't be deceived, she warned. "There will be a database -- and everybody will be in that database. And it's not just vaccine status, it will be your entire medical history. It will be connected to your finances. This is going to get bigger, bigger, bigger, so stop it now, and don't give any information to the government official at your door."

And yet, Dr. Anthony Fauci insists that Americans should have less personal choice. "... I do believe, at the local level, there should be more mandates," he insisted. "... We have got to put aside this ideological difference thinking that somebody is forcing you to do something... Vaccinations have nothing to do with politics." Tell that to 2020's Democrats, who spent months sowing doubts about the shots, just because they were created while Donald Trump was president. At one point Biden openly questioned whether a vaccine approved by Trump's agencies would be safe. They are the ones who stoked fears and undermined the scientific progress. Now, suddenly, they want to flip a switch, undo that damage, and blame all of the hesitancy on conservatives. You can't have it both ways. It was their politicking that put people's lives at risk. And now, their heavy-handedness threatens to do the same -- to our freedoms. 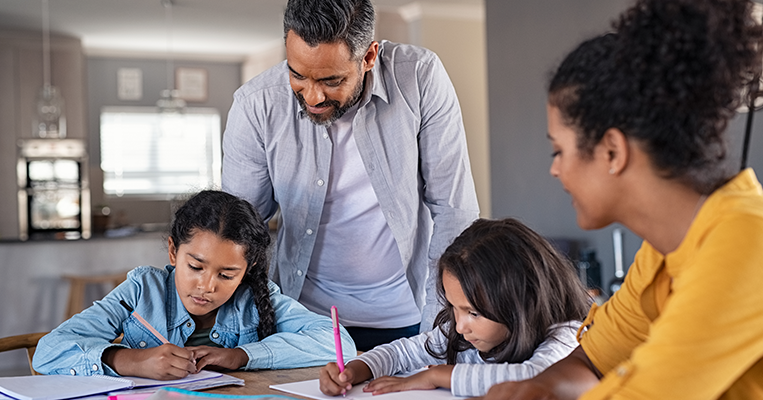 Worldview Wednesday: The Duty of Parents in Education
NEXT 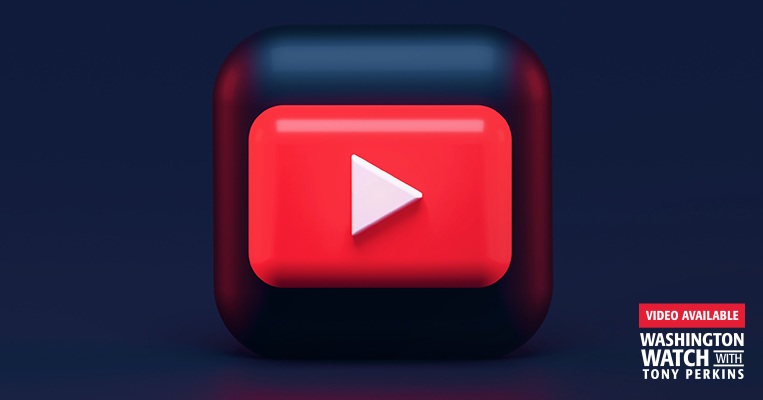